You are at:Home»Human Rights»Zaman Ahmadi is behind the bar on charges of expressing his mind 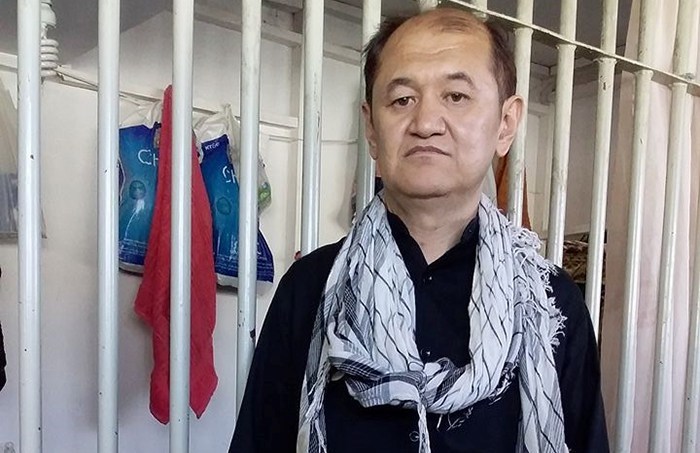 In 2012, Zaman Ahmadi, 40-year old, was sentenced to 20-year imprisonment over an alleged case of blasphemy. So far, he has served seven years of imprisonment in Afghanistan’s Pul-e-Charkhi prison.

“Every evening in prison begins with deep anguish and pain,” Zaman Ahmadi wrote from Pul-e-Charkhi prison. “As I know I have to spend the next day here, even death is better.”

Zaman Ahmadi drafted an article titled, “On the occasion Destruction of Great Buddha Status,” and submitted to a local monthly publication. Editors of the publication invited Ahmadi to their office, where the Afghan police were waiting to arrest him over a blasphemy charge. Ahmadi was taken to a local police station and later was taken under police custody.

Afghan prosecutors claimed that Ahmadi blasphemed Islam in his write-up. They also accused him of being converted to Buddhism. In his trial, Mr. Ahmadi, however, rejected the claims and confessed he was a Muslim.

“When Ahmadi entered the courtroom,” said Mohammad Haidar Haidar, lawyer of Ahmadi. “Judge slapped him and ordered to take Ahmadi out of the court.”

The judges sentenced Ahmadi to spend 20 years behind the bar. His lawyer made an appeal but the courts denied it, as the case was sensitive. Documents show Ahmadi neither accepted nor rejected the court decision.

Independent Lawyer Mohammad Ali Farhang says that the court’s decision is totally against Afghanistan’s law and has no legal base. Farhang claims that the decision made by the court violates Article no 34 of Afghanistan’s constitution, which allows every Afghan to express his or her mind.

“Apparently the judges and prosecutors have made biased judgments against him, and they have intentionally sentenced him to 20 years in prison,” said Farhang.

Samira Hamidi, the regional campaigner at Amnesty International, says that the case of Ahmadi should be reopened and a new trial should make a decision about his fate.

“If he is proved to be innocent or if he refuses to confess he is guilty,” said Hamidi. “It is a violation of human rights to keep him behind the bar.”

Mahdi Ahmadi, a 29-year old brother of Zaman Ahmadi, filed a complaint letter to Afghanistan’s Independent Human Rights Commission, asking the commission to defend his brother. They made promises, but nothing really changed, says Mahdi Ahmadi.

Ahmadi asked the AGO, too. “There is no other way, but serving his sentence,” the AGO responded. Family members of Ahmadi have lost their hope about Zaman’s release from the prison, where the Taliban prisoners beat him, and prison authorities mistreat and insult him on the baseless accusation of conviction to Christianity

Ahmadi says, “My family is on the edge collapse and my daughters and wife struggle with the difficult economic situations.” In a muddy crumbling house, Zohal, 12-year old, and Mizghan, 15-year old, daughters of Ahmadi impatiently wait for their father to walk in and pay fees of their English classes.

“My dream is to see my father freed, so we could go shopping,” said Mizghan, weeping. “I do not know influential people and cannot do anything to free my father.”