You are at:Home»Human Rights»Genocide»The Holocaust of the Hazaras and Canada’s “right side of history” polic 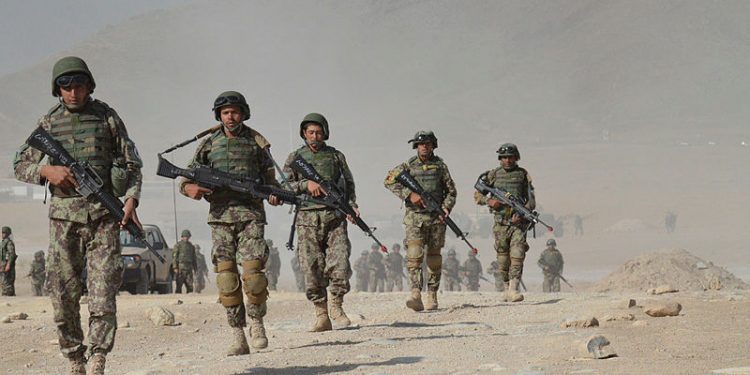 The overwhelming question for the millions of Hazaras living in segregation and on borrowed time, is when will the peace-loving and human rights champion Canada actually place itself on the right side of history in Afghanistan, writes Ali Mirzad.

On 23rd July 2016 in Kabul a terrorist attack on a peaceful Hazara protest killed 89 people and wounded more than 400 others.

In the wake of the September 11, 2001 terror attacks, when Canada decided to enter the chaotic Afghan war arena, it did so primarily in a show of solidarity to its neighbour, ally and number-one trading partner, the United States. Our then Prime Minister Jean Chretien offered Canada’s full support to the cause, in order to be “On the Right Side of History.”

Since the beginning of our engagement, more than 40,000 Canadian Armed Forces (CAF) members have deployed to Afghanistan, many being deployed more than once, making the military engagement this nation’s largest foreign involvement since World War II. Seventeen years later, with billions of tax-payers dollars donated to Afghanistan, 158 CAF casualties and thousands wounded—and that country remains infested with widespread corruption and systematic human rights violations. Canadians ought to ask themselves if we are in fact “On the Right Side of History,” in Afghanistan.

The Hazaras of Afghanistan, a distinct ethno-cultural group that over the years have seen their population methodically exterminated, certainly do not think so! The Hazaras—once the largest ethnic group of Afghanistan, constituting nearly 67 per cent of the total population of the state before the 19th century—have been the victims of a systematic ethnic cleansing and have endured inconceivable atrocities. Firstly by the 19th century Pashtun ruler Abdur Rahman Khan that indiscriminately massacred their men and sold the women and children to slavery. Then at the hands of the savage warlord Abdul Rasul Sayyaf that descended upon Kabul’s Afshar district in February 1993, launching an orgy of killing, rape and looting. Followed by the Taliban’s full-fledged genocide campaigns, such as their August 1998 horrific massacres of Mazar-e- Sharif, where, according to UN reports, more than eight thousand Hazaras were slaughtered in the span of two days.

Most recently, on the first day of spring, marking the Nowruz, a day of celebration, explosions detonated near a Shia shrine in Kabul killed and injured scores of civilians. Just weeks before on March 9, as Hazaras gathered to remember their martyred leader Abdul Ali Mazari, that had been assassinated by the Taliban in 1995, another explosion rocked the city leaving scores of victims. According to the Afghanistan Independent Human Rights Commission’s newly released report, the year 2017 was yet again drenched by the blood of tens of thousands of civilians either killed or wounded, of whom 2,000 victims were children. By the time this article will have been published, many more innocent lives will have been lost as a result of newer attacks.

The issue of morality speaks, when a blind eye is turned on the very values that are enshrined in Canada’s national identity. Time and again, Canadians have begged the Federal government to hear the cries of the Hazaras, and to hold the Kabul regimes accountable for their persecution, but to no avail.

Much like Nazi Germany’s 1953 Nuremberg laws, the current Kabul regime has steadily rolled out a series of fascist policies to exterminate all but one ethnicity. With his demented ideology, Hitler had promoted an “Aryan” supremacy doctrine, while branding his soon-to-be victims with yellow patches barring the Star of David. Sixty-five years later, in a country that has more than eight distinct ethnicities, Hitler’s reincarnation, Ghani Ahmadzay seeks to enforce his racial supremacy program by forcing citizens to choose his “supreme” ethnicity as their own by way of a new biometric national identification cards.

After the 2014 disastrous disputed elections, bringing the fragile war-torn nation to a deadlock, the United States sent then Secretary of State John Kerry, to help broker a deal and break the electoral deadlock. The outcome came as a surprise to any sane person or political analyst, the formation of a National Unity Government (NUG), with not one but two heads. The first, a Pashtun, would be the ruler, and next a Tajik would be his second in-command, so-to-speak, the Chief Executive Officer (CEO) of the country. Two arch nemeses who loathed each other were suddenly forced to work together. To say that this was a mistake would be a grotesque understatement. But only in Afghanistan could such a ridiculous development ever manifest itself.

Within two years of its formation, the NUG was supposed to call up a Grand Assembly to discuss the urgently needed amendments to the constitution, to define the roles of the Führer and that of the CEO, the reform of the electoral system, as well as the distribution of electronic national identity cards, all of which would have helped the formation of a genuine democratic political system inclusive of all ethno- cultural groups.

Instead, our reincarnated doppelgänger, has singlehandedly hijacked an entire nation and surrounded himself with his racially supreme marauders, by eliminating anyone who did not fit the mandatory criteria, of being Pashtun. He fired his senior adviser, Ahmad Zia Massoud, a well-known ethnic Tajik figure and former vice president. He forced his First Vice-President General Dostum, a powerful Uzbek leader, into self-imposed exile to Turkey. Numerous leaked memos have proven that the regime is ferociously focused on cleaning its band of any non-Pashtun member.

With the CEO’s role all but clear, and most opposition party leaders eliminated, the Führer of Kabul has made his posse of Pashtun SS ethno-nationalists such as Mohammad Hanif Atmar, in charge of the regime’s entire apparatus, including its race supremacy doctrine as well as the extermination of the Hazaras. To assist with Operation Hazaras Genocide, the regime welcomed back with open arms, fellow Pashtun warlord and war criminal, Gulbudin Hekmatyar, the man nicknamed “the butcher of Kabul”, responsible for the deaths of over 60 thousand innocent civilians during the 90’s civil war. And at the behest of Hekmatyar, the regime announced on February 28 2018, that it offers its unconditional welcome to yet another Pashtun group, the Taliban, and invites them to come out of their hideouts in Pakistan and return to Afghanistan.

Just like the Germans of WW II, not every Pashtun agrees with the Führer of Kabul’s twisted ideologies. And just like the Jews of WW II, the Hazaras, have no feud with any of Afghanistan’s various ethno- cultural groups, including the Pashtuns. The Hazaras simply want to have the right to exist, and if it’s not too big of an ask, to not be blown up daily.

The Canadian Senate’s 2007 Afghanistan Committee report, the 2008 Manley report, or the 2011 Parliamentary committee report on Afghanistan, have all repeatedly warned, that Canada must focus on the protection of the human rights of the persecuted in Afghanistan. In his report to the House of Commons former Liberal MP John Manley reported that one powerful reason for Canadian engagement in Afghanistan is the promotion and protection of human security in fragile states. Time and again, failed and fragile states—that betray responsibilities to protect their own citizens—jeopardize international order and test the strength of our convictions. These are times for capable and enlightened countries to take a stand.

During its election campaign, the Trudeau Liberal Party vowed to make the pursuit and protection of human rights a top priority, and once in government it renewed its commitment by announcing last summer a complete revamp of its foreign policy, with a focus on the protection of human rights. While Prime Minister Trudeau made it clear that there are absolutely no plans to send any troops back to Afghanistan, the overwhelming question for the millions of Hazaras living in segregation and on borrowed time, is when will the peace-loving and human rights champion Canada actually place itself on the right side of history in Afghanistan. When will their cries be heard, and will-they ever be free to exist in their own ancestral homeland.

As Canadians we have a fundamental and moral duty, to question our Federal government on these issues. After all we Canadians have sweat, and bled and spent billions in Afghanistan—and continue to do so, at an annual rate of $150 million tax dollars, for several years. Our failure toward the protection of the human rights of the Hazaras is in essence and quite simply put, an unforgiving betrayal to all of our men and women in uniform that have ever served or paid the ultimate sacrifice in Afghanistan.

Ali Mirzad is the president and founder of the Canadian #Human Rights Council of Afghanistan.