You are at:Home»News»Dozens killed and injured in a terror attack in Kabul 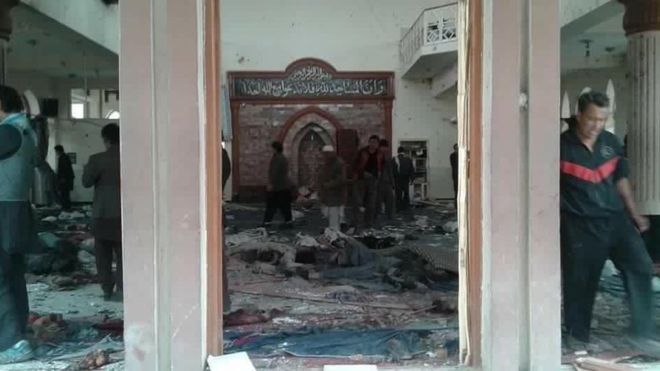 Dozens killed and injured in a terror attack in Kabul

At least 50 people killed and 100 are wounded in today’s terror attack in Kabul, Afghanistan, eyewitnesses say.

The terror attack happened at 12:30 in a religious ceremony in the district 6 in west part of Kabul. The suicide bomber has taken the explosive material inside a mosque.

According the eyewitnesses and the photos released on social media, tens of people including children have been killed. Based on the preliminary statistics, 50 are killed in this attack.

Most of the wounded are taken to Istiqlal and Imam Ali Hospitals, and some of them are in critical condition.

The victims of today’s terror attack are mainly Hazaras.

No terror groups have claimed responsibility for the attack yet.

Since two months, several attacks happened in religious places in Afghanistan. 40 days ago, 20 were killed in an attack on a shrine in Kabul and 15 others were killed in a bomb blast outside a mosque in Balkh province.