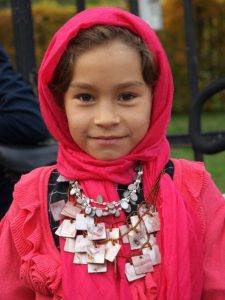 As refugees continue to flow into Europe unabated this year, Austria will host a summit this week of Balkan states in another attempt to find a solution to the crisis.

The meeting comes after Macedonia closed its borders to asylum seekers from all countries other than Syria, and Iraq and the Austrians snubbed the gateway nation of Greece by not inviting it to the talks.

A range of European nations, including Austria, have now dramatically cut the flow of refugees across their borders.

Over 130,000 Hazaras have already reached Europe, but tens of thousands of others are now stranded in Greece and Turkey following the Macedonian decision.

Hazara Mohammad Sadehrezai, 18, arrived at Vienna’s main train station last October, after walking most of the way from Iran to Austria with two friends via Turkey and the Balkans.

The young men had no possessions, no documents and no money, only a vague plan to reach Austria, because they had “heard people were kind there”.

I would love to see my homeland, but it is too dangerous for us.

Behind Mr Sadehrezai’s stoic facade however, was a frightened and anxious young man.

“I miss my family so much. I cry, I’m crying now and I tell myself things were much better when I was with my parents, brother and sisters,” he said.

“My parents said I must come to Europe, get an education and a job, and help them.”

Mr Sadehrezai’s plight is shared by millions of Afghanistan’s Hazaras, both in their homeland and in neighbouring Iran and Pakistan, to where many of the population has fled. 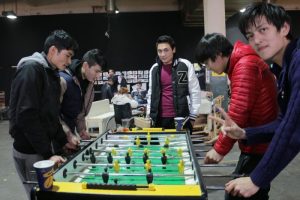 The predominantly Shia Hazaras have encountered intense persecution for centuries.

In the late 1800s, much of the Hazarajat, their mountainous homeland in central Afghanistan, was eized by Pashtun and other tribes. 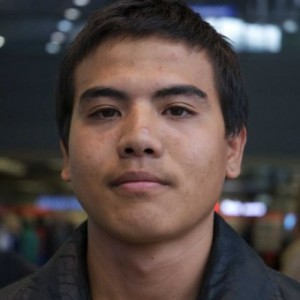 PHOTO: Mohammed Sadehrezai, 18, says he would like to go back to his homeland but it is too dangerous. (Kim Traill)

More recently, the Soviet invasion in 1979 prompted another mass exodus.

A further wave fled the country as the largely ethnic Pashtun Taliban took control of the Hazarajat in 1998, massacring thousands of Hazaras.

Mr Sadehrezai’s family escaped to Iran, where he was born. But there, the Hazaras also suffer systemic discrimination and persecution.

“The Iranians hate us and treat us as third class citizens,” Mr Sadehrezai explained.

“We cannot get passports, I cannot study and I have no future there.

“I can’t go to Afghanistan either. I would love to see my homeland, but it is too dangerous for us.”

More than 90,000 people applied for asylum in Austria in 2015 and over 22,000 were Hazaras, including several thousand unaccompanied minors, some as young as 13. 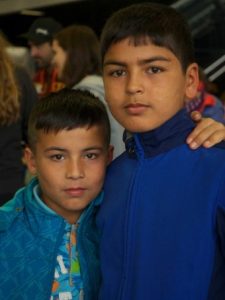 PHOTO: Hazara cousins, both born in Iran, arrived in Vienna last year. The boys are among 22,000 ethnic Hazaras who applied for asylum in Austria in 2015. (Kim Traill)

“These young boys are under a lot of pressure, both from the Austrian government to integrate quickly, and from their families, to find work and send money,” Khadija Abbasi, a researcher at the Global Migration Centre of the Geneva Graduate Institute, said.

Speaking at a Vienna conference on Afghan refugees, Ms Abbasi said families often pool resources to pay for one of their sons to get to Europe.

“Some families do come, but it is a long, arduous and dangerous journey with small children,” Ms Abbasi, an ethnic Hazara born in Iran, said.

“Young women almost never travel alone, although I have met one who told me she began to take the birth control pill before leaving and was raped multiple times on the way.”

Ms Abbasi cites deteriorating security in Afghanistan following the end of combat operations by US-led NATO troops at the end of 2014 as one of the main reasons for the increase in refugee numbers.

“The Hazaras publicly supported the international intervention and since this ended the Taliban are regaining power, ISIS has established a presence in Afghanistan and the country is significantly more unstable, ” she said.

In November 2015, the decapitated bodies of seven Hazaras, including that of a nine-year-old girl, were discovered in the southern province of Zabul, triggering mass demonstrations across Afghanistan.

Who are the Hazaras?

“The so-called National Unity government lacks legitimacy and is more focused on dividing power between ethnic groups, than acting in the national interest,” Mr Sitez said.

“They should be focusing on building a sustainable economy, rooting out corruption, providing opportunities for young people, tackling warlordism and Islamic extremism.”

According to Mr Sitez, there are now over 2,000 Islamic schools in the Durand Line region along the Afghanistan-Pakistan border, an area recognised as one of the most dangerous in the world.

“These madrasahs, which are mainly controlled by the Taliban and funded by Saudi Arabia, the UAE, Qatar and Bahrain, misinterpret Islamic values and promote Islamic extremism to children as young as five years old,” Mr Sitez said.

He said the schools offer free education in an impoverished region.

For the Shia and Ismaili Hazaras, considered infidels by the Taliban and ISIS, their homeland is more dangerous than ever, Mr Sitez said.

“While Hazaras have no hope for a secure future in Afghanistan, Iran and Pakistan, they will continue to flee,” he said.

“They know that the mood towards refugees in Europe is changing, but their situation is so desperate, they are willing to risk everything to try.”

‘Europe is our only chance’ 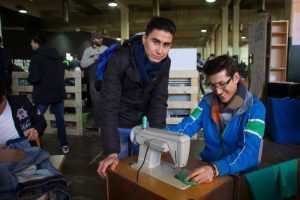 Ali and Naghib, both 19-year-old Hazaras from Ghazni Province, arrived in Austria seven months ago and are already competent in German.

The pair met in the Traiskirchen refugee centre, south of Vienna.

My father was beaten and deported back to Afghanistan because he had no passport, and I have not heard anything from him since then.

“The Taliban want to kill all Hazaras,” Ali said.

“It’s very dangerous for us there. They shot and killed my father, there are constant attacks, killings and bombings.”

Naghib fled to Iran with his family two years before coming to Europe.

“My father was beaten and deported back to Afghanistan because he had no passport, and I have not heard anything from him since then,” he said.

“We have already had war in our country for more than three decades.

“We will be killed in Afghanistan and we cannot stay in Iran. Europe is our only chance.” 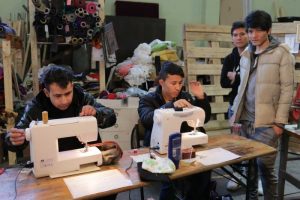