You are at:Home»Human Rights»Genocide»Hunted Hazaras travel ‘Death Road’ through Afghanistan 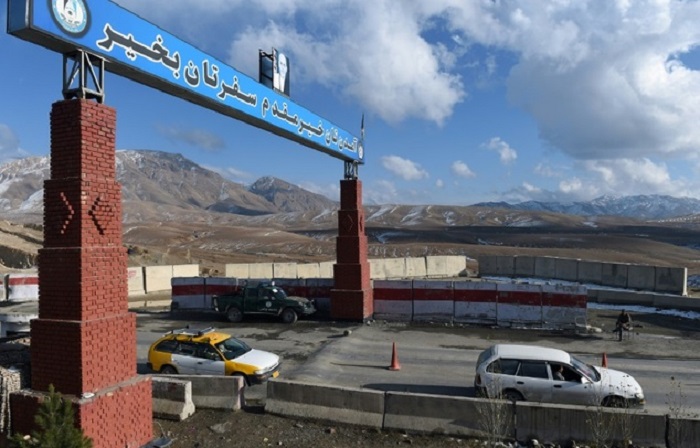 West of the Afghan city of Maidan Shahr is a 40-kilometre stretch of paved highway known as “Death Road”, where drivers say the country’s ethnic Hazara minority are slaughtered by militants “like sheep and cows”.

“The spit dries in our mouths from fear when we pass it,” says Mohammad Hussain, who ferries passengers along the road from Kabul to Hazarajat, a region in the central highlands of Afghanistan where the Hazaras have traditionally settled.

Over the years, Hussain says, he has seen the headless bodies of so many people he claims were killed by the Taliban that “I have become ill and have nightmares”. 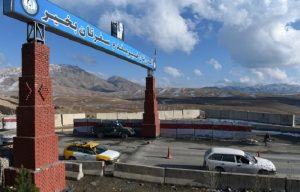 Motorists pass under the main gate, on which “Safe Journey” is written, on the highway to Maidan Wardak province west of Kabul ©Wakil Kohsar (AFP)

The highway through Taliban-infested Wardak province is one of just two ways to go by road to Bamyan, the main city in the Hazarajat region and a homing beacon of sorts for Hazaras across the country.

For many, “Death Road” is a symbol of the persecution they have faced for decades.

A recent string of beheadings and kidnappings amid fears over a resurgent Taliban and the rise of the Islamic State group saw thousands turn out in Kabul early this month in protests — a sight not seen in the capital for many years.

Hussain joined them: “We are being slaughtered like cheap sheep and cows with no consequences… Nobody seems to care about us Hazaras,” he tells AFP in Dashte Barchi, a majority Hazara neighbourhood in the outer suburbs of Kabul.

“Insecurity has become like a terrible nightmare for Hazaras. They can’t leave their homelands, and if they do, they risk being beheaded by these extremists on the roads,” Aziz Royesh, a Hazara rights activists and one of the organisers of the protest says.

There are no statistics available charting the number of killings that have taken place along “Death Road”, but the growing sense of insecurity has seen Mohammad Zaman, who used to drive passengers in and out of Hazarajat, finally admit defeat.

“I gave up driving and sold my car because … I did not want to witness my passengers being kidnapped or killed again,” he tells AFP.

The protests which swept Kabul on November 11 appeared to catch authorities off guard and highlighted increasing fury at the Hazaras’ sense they have been left unprotected by the government.

The Persian-speaking Shiite ethnic group, estimated to account for some 10 percent of Afghanistan’s 30 million population, have long had a troubled relationship with the state.

They were massacred in large numbers, expelled from their lands and sold into slavery in the late 19th century under King Abdur Rahman Khan, says Sayed Askar Musavi, author of a book on the Hazaras.

Khan, he said, subjugated many groups, but “his campaign against Hazaras was particularly harsh, mainly because of their faith identity as Shiites”.

In later decades they lived as low-class citizens working mostly as labourers and servants, Mousavi said.

Then, in the mid-1990s, came the Taliban’s brief rule of Afghanistan.

The Sunni Islamists carried out several mass killings of Hazaras, including one in the city of Mazar-i-Sharif in 1998, where Human Rights Watch said at least 2000 civilians were executed — most of them Hazaras.

The tide finally turned in 2001 when the Taliban were toppled and the new Afghan constitution recognised Shiite sects of Islam. Educated and hard-working, the Hazaras have formed a new Afghan middle class.

But the Taliban have surged again in recent months, stoking fears of more sectarian violence compounded by the Islamic State group’s attempts to gain a foothold in Afghanistan.

The sense of insecurity has been inflamed by the macabre discovery of the beheaded corpses of a group of Hazara kidnap victims in the southern province of Zabul who have become known as the “Zabul Seven”.

It is not clear who murdered them — some local officials have pointed the finger at the Islamic State group, but the claim has not been verified — and they were not the first such kidnappings or beheadings.

But they came at a charged moment, igniting the November protests in Kabul and other Afghan cities.

Protesters paraded the seven coffins in front of the presidential palace, where they demanded President Ashraf Ghani and his chief executive Abdullah Abdullah resign for their failure to protect the Hazara from persecution.

“For the past 14 years, we have been helping the government, and using civil ways to make our demands,” Royesh, the protest organiser, says.

“It appears though that this approach is not that responsive or productive in the Afghan context… Seeing this, Hazaras who have increasingly been victimised rose up.”

Ghani swiftly called for calm and promised to avenge the dead.

But for the Hazaras, the road to Bamyan is still marked with terror.

“The roads are insecure, many people are being beheaded,” Shaima Abedi, a Hazara university student, tells AFP.

“I just wish one day to be able to travel to Hazarajat without fear of being killed on the way.” 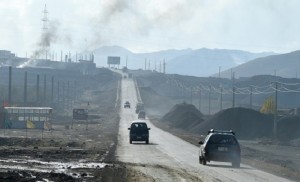