Facing discrimination and a lack of opportunity, ethnic Hazara are among those landing on the Greek island of Lesbos. 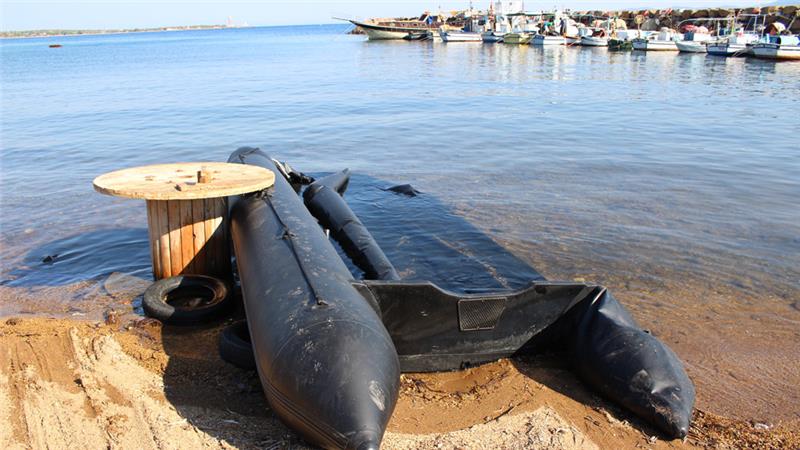 Lesbos, Greece – The smuggler camp where Milad was waiting is ideally situated as a launching point to the Greek island of Lesbos. The island spreads out invitingly on the horizon with nothing between the camp and the Greek shore but 10km of open sea – seemingly within arm’s reach on a clear day.

Smugglers loaded inflatable black dinghies, three per hour, with refugees far beyond any recommended capacity and sped across the straits under the cover of darkness. This year alone, more than 450,000 refugees have landed in Greece in this manner, with thousands arriving on Lesbos each day.

The journey is often deadly. Last Wednesday at least 16 people drowned and dozens went missing after their overcrowded vessels sank. More than 100 people have died this year attempting the Turkey-to-Greece sea voyage.

On this particular day, there were only a few people preparing to make the final lunge to Europe. An hour before, the Turkish gendarmerie and coastguard coordinated a raid on the camp, detaining those who didn’t run in time.

What few boats remained had been slashed by the Turkish authorities to prevent anyone from making an attempt. Life jackets were piled up under trees by the dozens; they too had been slashed during the raid.

“When they came, we ran and hid. The border police boat came from over there,” Milad said, motioning to the narrow stretch of open beach. 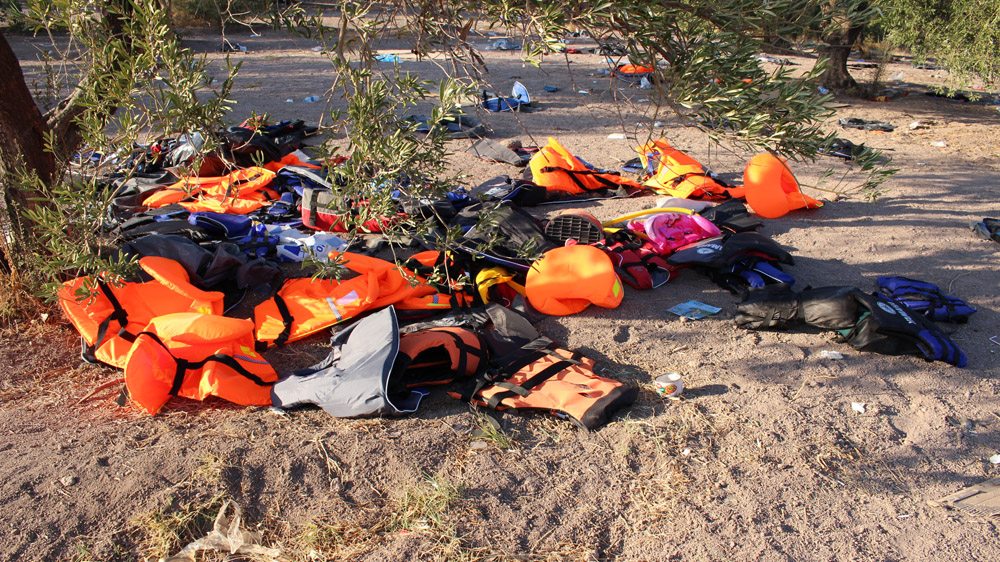 The people who had managed to avoid detention – the Palestinian, Syrian, and Afghan refugees – were all scared, exhausted, and uncertain about what to do next. But despite the risk, the refugees eventually returned “to find something to eat”.

Despite his warm demeanour and eagerness to practise his nearly impeccable English, Milad, a 19-year-old Hazara refugee from Afghanistan, was hesitant to reveal any information about himself – who he is, where he came from.

Standing in a hillside olive grove-turned-smuggler camp in Turkey’s northwest in the cool stillness of the late afternoon, Milad finally opened up about his experiences that had made him so reluctant to even reveal his name.

His story is complex. The Hazara are a Persian-speaking Shia ethnic group who live predominantly in Afghanistan and Pakistan.

They are a widely persecuted community because of their religion and ethnic differences. Even among other Shia groups their Asian features are often used as a pretext to deny them rights as “Mongol” invaders.

They face violence not only from the Taliban and the Islamic State of Iraq and the Levant (ISIL), but also institutional hostility from other ethnic groups and decades of discriminatory practises in Afghanistan and Pakistan.

Until the 1970s, Afghan law barred Hazara from holding office, entering university, or holding any position of national authority. Laws were little better under the Taliban.

Under former Afghan President Hamid Karzai’s administration – and by extension the new Ashraf Ghani-led government – the Hazara found an ally who promulgated an end to sectarian and ethnic discrimination.

In the 2010 elections, they achieved disproportionately large gains – in Afghanistan’s lower house, they earned 20 percent of seats despite being an estimated nine percent of the population, and saw their ethnicity well-represented in Karzai’s administrative appointments.

With an unparalleled voting rate of about 85 percent and an emphasis on the importance of education, the Hazara have become a political force in Afghanistan punching well above their weight.

RELATED: The crisis and politics of ethnicity in Afghanistan

But those successes have been seen as coming at the expense of other groups – notably the more numerous and powerful ethnic Pashtun and Tajik – and have had a part in inviting a renewed cycle of violence in both Afghanistan and Pakistan.

The community began to fear that whatever legal protections the Hazara enjoyed are collapsing with the withdrawal of NATO forces from Afghanistan.

This has led hundreds of thousands of Hazara to make the treacherous journey from their homeland to seek refuge in Europe. 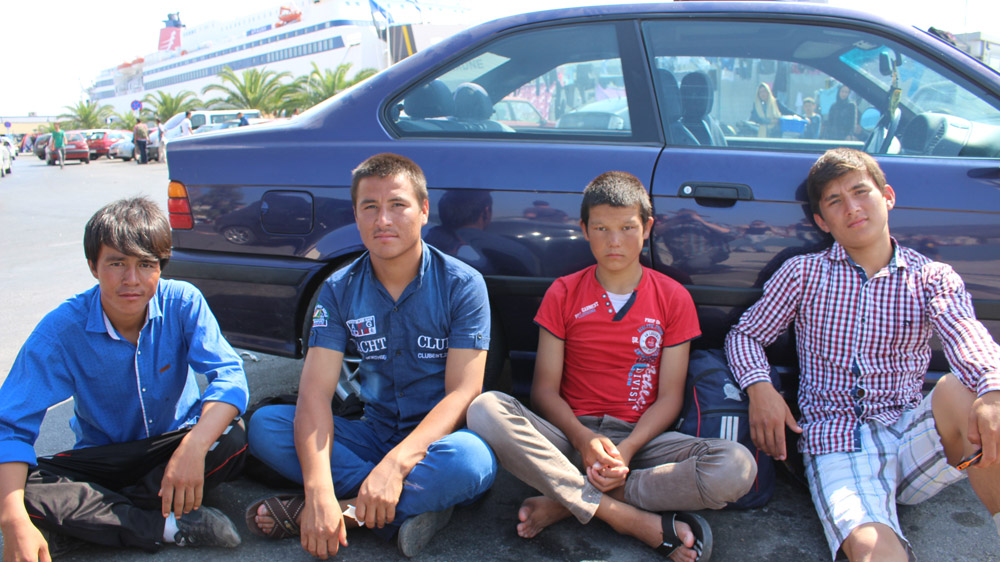 Educated, smart, and driven, Milad typifies the Hazara along the smuggler routes in Turkey, Greece, and the Balkans.

Many are fleeing the crushing poverty that accompanies the extreme persecution they face at home. But, almost universally, the Hazara making the journey to Europe are all young, single men seeking an education.

An ethnic quota on the government, army, and school systems that was meant to more evenly distribute appointments in universities and government has instead made the Hazara victims of their own success.

Despite doing well academically, Milad said no school would take him past grade 11. “The places are for Pashtuns and Tajiks only,” he said.

For many Hazara, leaving Afghanistan is a family decision. The poverty endemic to the Hazara means there is usually only enough money available in a family to send one family member – the one most likely to succeed in the journey to Europe – usually the eldest son.

At the port of Lesbos, Mohammed Reza reflected on the difficulties he had overcome to successfully arrive on European soil. “All of my family agreed I should come here,” said the 18-year-old.

His family, living as refugees in Iran, face continuous discrimination both from the government and other refugees and decided to send him to Europe for everyone’s eventual benefit.

Immaculately dressed in a smart button-down and Ray-Bans, 18-year-old Reza, recounted his ordeal that is typical for refugees who arrive on Lesbos. 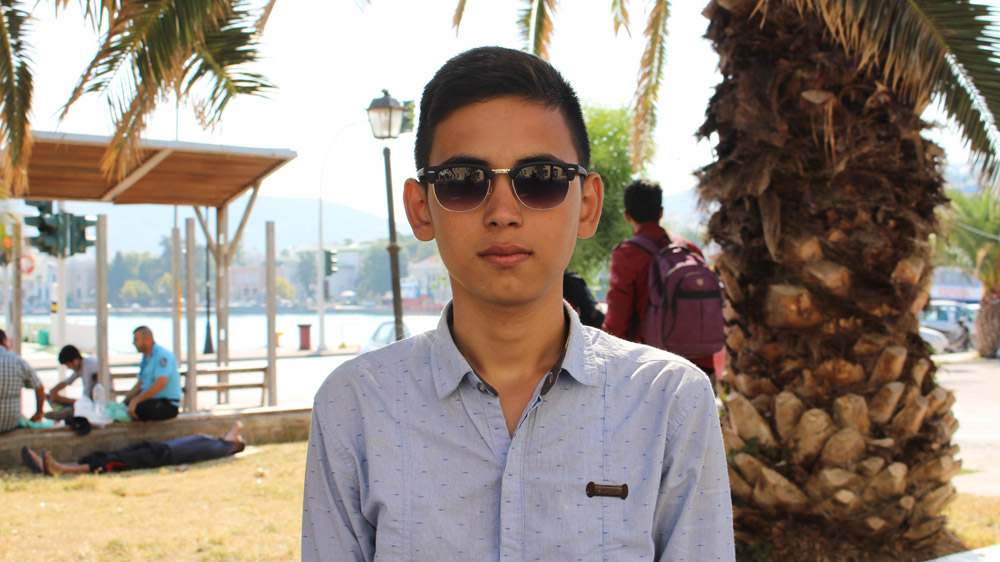 “From Tehran to the Iran-Turkey border, we came with a pick-up truck. The capacity of this car is 10 – and it is for sheep or animals, but we were 25 or 26 people,” Reza recalled. The group then climbed for 20 hours over a mountain to arrive in Turkey where smugglers arranged for the boat.

“The capacity of that boat was 25 to 30 people. We were 49 in that boat… Our ship filled with water. We lost our engine [when]the water and fuel mixed together,” Reza explained.

The Turkish police saw their stranded boat but did not rescue them as they were already in Greek waters.

“We waved flags, shined lights, made noise, but they didn’t care,” said Reza. The people eventually decided to row with their hands and, luckily, were able to reach land after several hours.

Ali, another young Hazara who arrived on Lesbos, explained why he had taken the dangerous journey to Europe.

“My family doesn’t know that I’m here… I told them that I was going to another province for one month. They don’t know that I’m in Europe now. When I get to my final country, I’ll call them and tell them,” Ali said.

Ali said he wanted to leave because of the entrenched hatred towards his people. “It’s all politics. They can’t accept our humanity. They think that the Hazara aren’t Muslim. This isn’t true. When a person achieves his or her goal, they try to slander them by calling them Hazara.”

In a country where their very name is a slur, few Hazara see a future for themselves or their children in Afghanistan.

And, despite having crossed the threshold into the European Union, few of the Hazara expressed elation, but simply relief – and even then, it is often quickly put into check with the acknowledgement that their journey is not yet over. 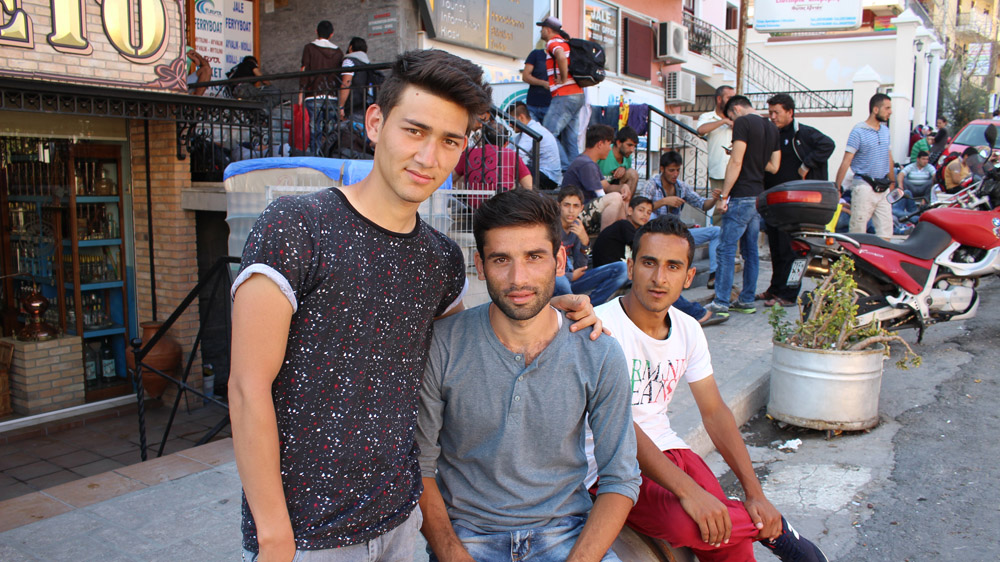