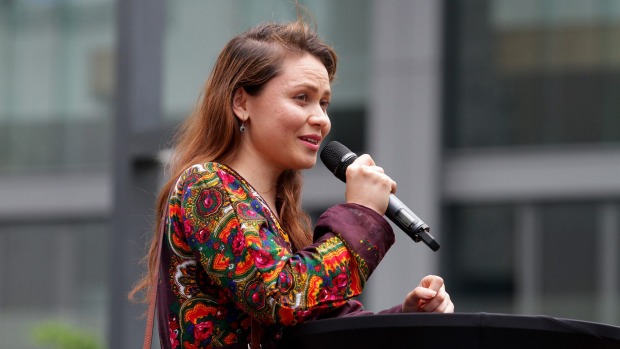 Afghanistani refugee Dr Homa Forotan came to Brisbane in 2005 and is working towards becoming a cardiologist. Photo: Michelle Smith

And as she said, “I am just one of a million success stories in Australia today.”

Dr Homa Forotan went to the Milpera Migrant School at Graceville – an unheralded jewel in Brisbane’s migrant settlement pathway – then to Yeronga State High School where she received an OP1 to allow her to eventually study medicine at Griffith University. 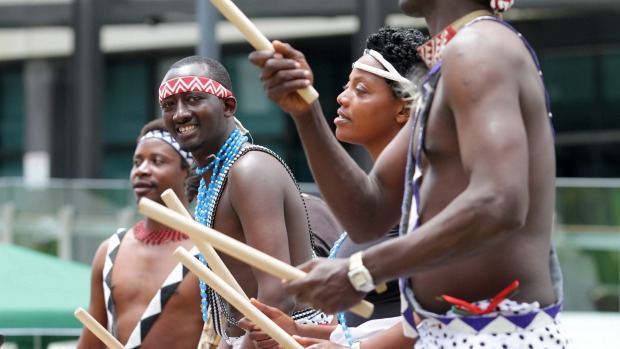 “Milpera nurtured me,” she said.

“Milpera built that self-confidence in me and believed in me.”

As a young girl Homa Forotan fled Afghanistan with her parents to Pakistan when her father’s outspoken opinions made him a target of Afghanistan’s then-government.

Now a junior physician at the Princess Alexandra Hospital studying cardiology, she spoke passionately in front of an estimated 2000 people at Saturday’s Walk Together march in Brisbane.

“I think this is only possible in a land like Australia where – within a few seconds of looking around – you see people from different countries,” she said.

As she told how her family fled from the central provinces of Afghanistan – to live as refugees in Pakistan – the thousands on the grass in front of Brisbane’s Supreme Court complex in George Street hushed and listened.

“My father had to leave the country due to his political views and cultural views and as a highly-educated person he was seen to be a threat to the regime of the time,” she said.

Her father in 1999 eventually decided on Australia because it once gave refugees permanent visas within six months.

“But when he arrived here John Howard had just changed the law and he had to wait for five years before he could sponsor us to let us live together as a family in Brisbane,” he said.

Her younger sister did not recognise her father when he eventually returned to Pakistan – where the rest of the refugee family were waiting – for a long time.

“It was very hard for them to connect and it gives you a sense of what it takes to leave their home, quite aside from putting their safety in the hands of someone who promises to take them across the ocean in a leaking boat.

“It costs them their personal relationships with their children. It can cost them their lives some times.”

The family arrived in Brisbane in 2005 to find their lives transformed by refugee groups who had prepared for them to arrive.

“They had never met us before, but they welcomed us and they took us home and they had cooked for us.

“It just felt amazing. I had never seen something like that. I had always lived as a refugee in Pakistan.

“That was just not our experience outside our home at all.”

Dr Forotan said that encouragement in Brisbane changed her life.

“It was that support and that love from people allowed us to believe in ourselves and to start from scratch basically.”

Earlier State Development Minister Anthony Lynham – who as a surgeon had previously operated on refugees from Manus Island – received loud applause when he repeated a promise from Queensland Premier Annastacia Palaszczuk last week to accept 3500 refugees from Syria.

“This is more than double the normal quota of refugees that our state takes,” Dr Lynham said.

“But it is something we need to keep working on. We can’t just sit on our laurels.”

Brisbane organiser Fahim Khondaker, born in Bangladesh, said the walk was not a protest.

“We have come together in a very positive way, not in a protest form,” he said.

“Today is not a protest, it is a celebration.

“The main difference that we are trying to make is asking people to choose between a future defined by fear and prejudice, to one that is defined by welcome, compassion and justice.”