You are at:Home»Refugees»Hazara asylum seeker feared dead after self-immolation during video call 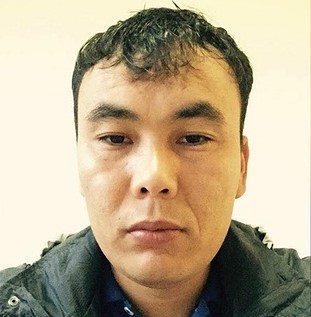 By Melissa Davey
Khodayar Amini was speaking with refugee advocates on Sunday when he threatened to take his own life, before self-immolating on camera

Khodayar Amini, who is feared dead, told refugee advocates he feared he would be returned to detention because police and immigration department staff wanted to interview him. Photograph: Refugee Rights Action Network

A Hazara asylum seeker living in Australia on a bridging visa is feared dead after he self-immolated during a video call with refugee advocates.

Khodayar Amini, a Hazara aged 30, told staff at the Refugee Rights Action Network his fear of being sent back to detention, combined with his uncertain visa status and the threat of being returned to Afghanistan, was “killing him”.

At about 11.30am on Sunday, Amini made a video call to advocates Sarah Ross and Michelle Bui, and told them he feared he would be returned to detention because police and immigration department staff wanted to interview him.

Amini, who was believed to be living in the eastern states, then threatened to take his own life before self-immolating on camera. During the call, he urged Ross and Bui to go to the media to share his plight.

“We tried to talk him out of it, I have received suicide intervention training so I used that,” Ross told Guardian Australia.

“He had been released from the Yongah Hill detention centre in Western Australia on a bridging visa, but he said immigration and police were looking for him, so he had been living out of his car and hiding in bushland.

“He had previously told us that most of his family had been killed by the Taliban in Afghanistan, and he was uncertain about his future and scared of going back to detention or being sent to Afghanistan.

“He told us it was killing him.”

Ross said she immediately called emergency services, and that the phone call with Amini cut-out. She and Bui later received a call from police, who told them a body that seemed to match Amini’s description had been found in Victorian bushland in Dandenong.

Police told them they could not confirm the body was Amini’s, and a coronial inquest would be carried out.

A spokesman from Victoria police confirmed to Guardian Australia emergency services had responded to a grass fire in Dandenong on Sunday. Once the fire was extinguished, a body was found, the spokesman said.

“The death is not being treated as suspicious,” he said.

The night before receiving Amini’s call, Bui received a message from him that read: “My crime was that I was a refugee.”

“They [immigration]tortured me for 37 months and during all these times, they treated me in the most cruel and inhumane way, they violated my basic human right and took away my human dignity,” Amini wrote.

“I ask you to stand up for the rights of refugees and stop people being killed just because they have become refugees.”

Amini had no known family members in Australia.

Guardian Australia has contacted the office of the immigration minister, Peter Dutton, and the Department of Immigration and Border Protection, for comment.

“We believe Khodayar’s experience and length of detention directly contributed to the deterioration of his mental health,” the statement said.

“The Refugee Rights Action Network further believes that Khodayar’s state of mind was symptomatic of the conditions surrounding his visa, which kept him in a constant state of limbo and fear of re-detainment and deportation.”

It led the Refugee Council of Australia to write to the immigration department to plea for a moratorium on all returns of Afghan asylum seekers.

According to a report from the United Nations high commissioner for refugees, many asylum-seekers living in the community on bridging visas are unable to work as a condition of their visa, and as a result can find themselves living in a state of destitution.

“While residing in the community is thought to be better than being in held detention, the mental health impacts of living in such uncertainty over a prolonged period and in a state of destitution presented as detrimental and debilitating.”

Last year, Tamil asylum seeker Leo Seemanpillai, who had been living in Geelong on a bridging visa, died after self-immolating.