You are at:Home»Refugees»Australia»Frontiers of Hope – Indonesia To Australia

Frontiers of Hope – Indonesia To Australia

by Jewel Topsfield
Australia resettled 11,600 people in 2014. But in our neighbourhood, thousands of genuine refugees remain in limbo. Khadim Dai is one.

Khadim Dai has met Oscar-winning filmmakers and Indonesian politicians. He was a panellist on the SBS show Insight and is being recruited by the art school at Monash University in Melbourne, where lecturers have described him as the most talented young artist they have seen in recent memory, and where a scholarship has been created to try to bring him to Melbourne.

But his success is bittersweet. Although the UNHCR has awarded him refugee status, he has been waiting for more than two years for a country to offer him a home.

Journalists often visit the mountainous town of Cisarua where Khadim lives, a hub for thousands of asylum seekers stuck in transit in Indonesia. But Khadim became a citizen journalist because he didn’t recognise himself in their reporting. 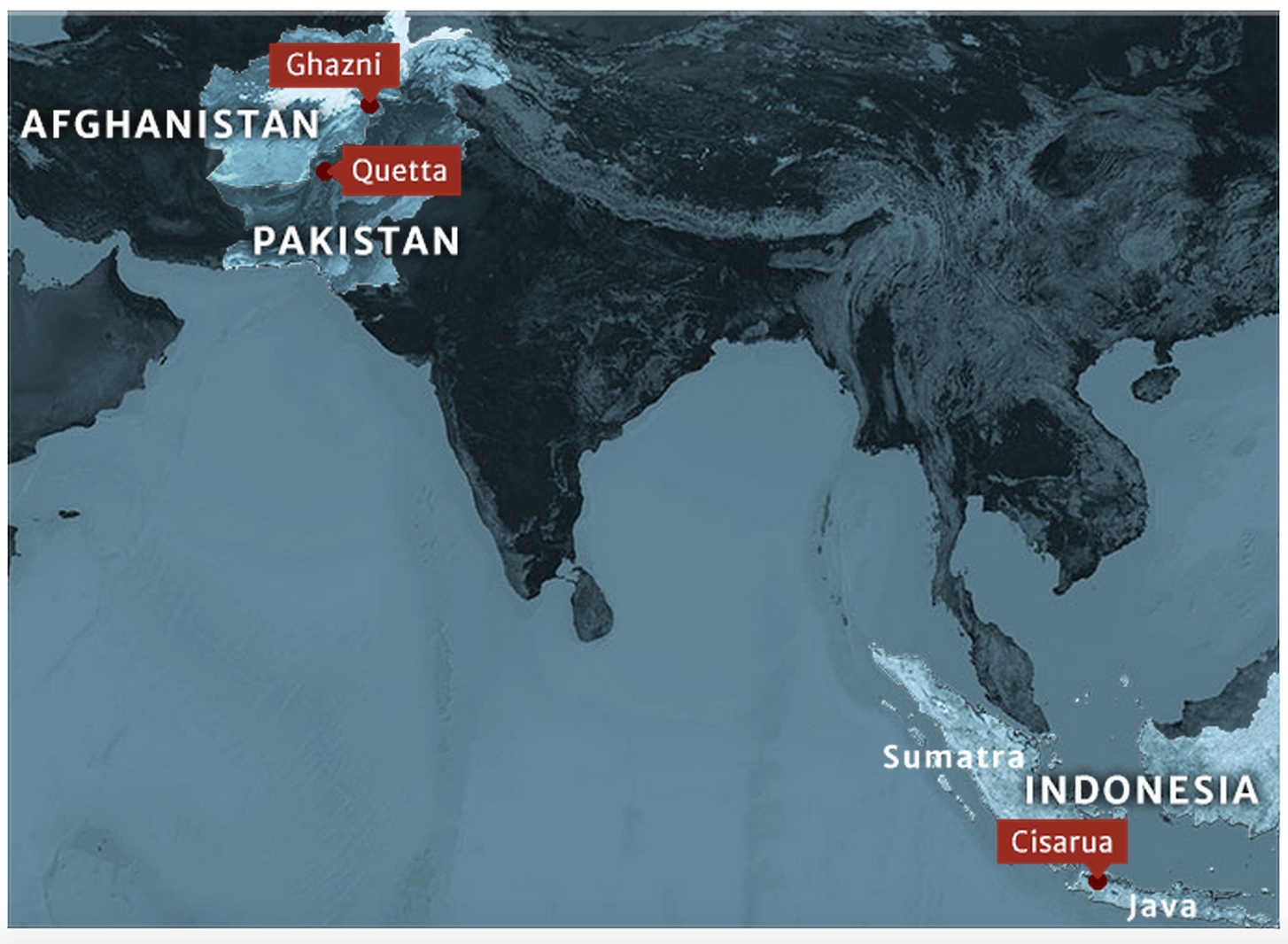 Hazaras like Khadim Dai are often refugees twice over: persecution of their minority group began in Afghanistan in the 1990s but when they fled to Pakistan it followed them. After years in Quetta, terrorist attacks convinced Khadim to pay a people smuggler to get him to Indonesia. After four attempts to reach Australia, his future remains uncertain.

“I was waiting for someone to come to film me and my friends,” he says. “But the media were only showing a poor face, a desperate face. I was feeling a kind of shame because we have very extraordinary people in our community.

“I had to do something to raise my voice and my roommates’ voices. How can we share these stories? Australians should know why we are escaping, why I am living so far from my parents. They should know.”

And so Khadim, now 19, used his smartphone to capture his and his fellow refugees’ reality. He has his three flatmates bake naan bread and make fruit smoothies. They play the dambora, an Afghan instrument, recreated out of old motorcycle helmets. And they watch Hazara refugee football league games, held most days at 3pm.

“Nobody knows where they will end up,” Khadim observes. But the video footage is touching precisely because it is so unsentimental. “I tried to show how important it is to share things among refugees and how important tiny bits of happiness are in their lives.”

Khadim was born in 1996 in Afghanistan’s Ghazni province. It was the year the Sunni Islamists of the Taliban took over Kabul, marking the beginning of another wave of repression against the Hazara, a mainly Shiite ethnic minority persecuted for centuries.

Khadim’s family fled to Quetta in Pakistan. He became a national karate champion in Pakistan but found life there “like living in a prison”.

A bomb exploded at a market in the outskirts of Quetta, near Khadim’s school on February 16, 2013. It was the second major attack against Hazaras in a month. “I lost my friends . . . my classmate. That’s when I decided to leave.” 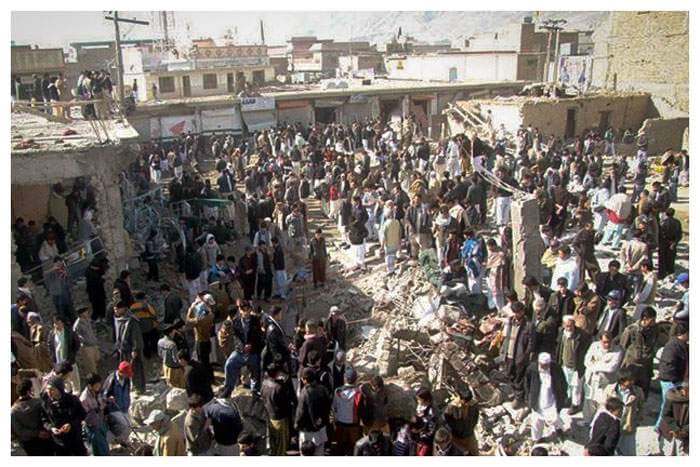 The market in Hazara Town in Pakistan in 2013 after a bomb killed more than 100 people, including Khadim’s best friend.

Khadim hoped to join his sister and brother, who were already living in Australia. He stitched the phone number of a friend living in Cisarua into his underpants and paid people smugglers $US7000 to get him to Indonesia.

LEFT Khadim and classmates at school in Quetta. RIGHT Wreckage at Khadim’s school after the bomb explosion at the nearby Hazara Town market.

In his first two months in Indonesia, Khadim made four attempts to reach Australia on a boat. The date of the fourth – and final – attempt is seared in his memory: July 19, 2013. 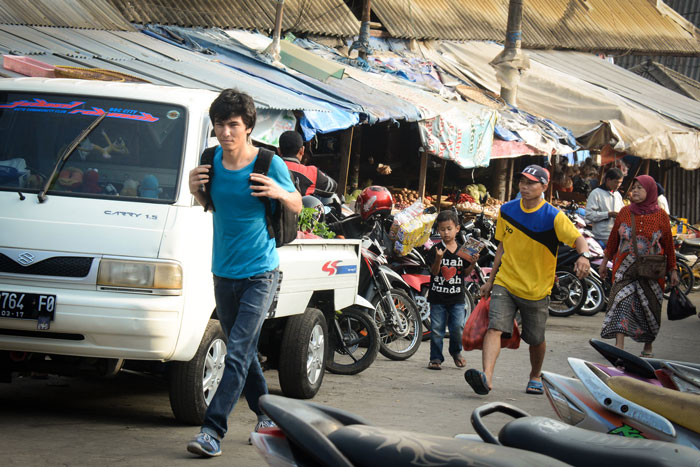 IMAGE 1 OF 6 Khadim Dai at the market in Cisarua.

He was in the back of an ice-cream truck en route to a beach. His sister phoned him from Australia: she was watching the Prime Minister on television. “She said: ‘Don’t come because they just changed the policy right now and if you arrive here safely, they will send you to an isolated island.’”
He dropped out of the back of the ice-cream van and began a new life in Indonesia.
He was introduced to Australian filmmaker Jolyon Hoff. The two started a documentary project, Who are we anyway? Khadim’s videos, posted on social media, have been shared thousands of times. The Heart of Our Community features refugee women experimenting with new ways of living in a less conservative country.

Khadim also co-founded a school in Cisarua, the Refugee Learning Centre, which was a fraught process because people smugglers had spread “propaganda” that teaching and learning were forbidden.

“They were trying to ruin the life of refugees and take advantage of that,” Khadim says. “We tried to share the message [that]we have to do something to give kids an education. They are our future and they are innocent.”

The cramped learning centre now has more than 100 students. Its walls are covered with an unsettling mixture of the familiar and the haunting. There are photos of David Beckham and Cristiano Ronaldo next to a dove speckled with blood and slain Hazara leader Abdul Ali Mazari.

Khadim is frowning. An Australian donated $8000 for rent this year but he is worried about next year. “I have a concern about losing this place because the parents can’t afford to pay at all.”

Last year, Khadim’s film, Life as a Hazara Refugee, won an honourable mention in the international PLURAL+ Youth Video Festival. It should have been a thrilling moment. “I was not very excited,” Khadim says. “I will be excited when I get to a peaceful place where I can continue my education.”