From Persia to Parade College – an unlikely refugee journey

By Laurie Nowell Elnaz Tavancheh, an ethnic Hazara who fled her home in Iran to avoid persecution and threats, completed her VCE at the school this year and... 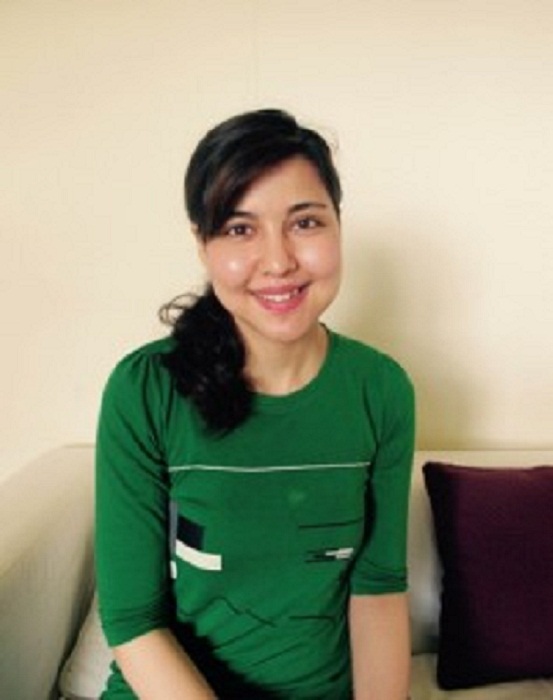 Elnaz Tavancheh, an ethnic Hazara who fled her home in Iran to avoid persecution and threats, completed her VCE at the school this year and is hoping to study at university.

After fleeing to Indonesia from Iran and taking a dangerous boat journey to Christmas Island, she and her mother are now living in Melbourne’s northern suburbs.

She gained a place at Parade College through connections she made while in asylum detention and says the experience has been “fun and exciting”.

“I was scared on the very first day – everyone was much taller than me. But all of the boys were very welcoming and very respectful. The teachers and the principal were great and I really enjoyed being part of the school,” Elnaz said.

She said the school was a little worried at first and told her they could not be sure how the boys would react to her.

“For the first week it was bit uncomfortable with everyone looking at me. I was a little afraid,” Elnaz said.

“But I wore the school uniform to try to blend in and after a little while the boys all accepted me as a fellow student and a friend,” she said.

There was also concern about how Elnaz would handle being among 1800 boys.

Elnaz’ presence at the school also served to educate some of the boys on issues around asylum seekers and refugees.

“My best friend at school didn’t know anything about asylum seekers before he met me. He told me that his parents were against refugees coming to Australia but that when they met me and realised that I was just another human being, it changed their minds,” she said.

Elnaz arrived on Christmas Island on March 12, 2013 – her birthday after a boat journey from Indonesia.

“When the navy found us they asked our dates of birth. When I said March 12 the lady said: ‘that’s today, happy birthday, you are gifted a new life on your birthday’.”

Elnaz had just completed a year and a half of agricultural science studies at university when her family was reported to the government as illegal residents.

She had lived all of her life as a second generation refugee in Iran.

For decades, the Hazara, an ethnic minority from Afghanistan, have been oppressed; banned from educational opportunities and professional or government jobs.

Hundreds of thousands have fled Afghanistan from other countries including Pakistan and Iran.

As mostly Shia Muslims, they have been targets of violence by extremist Sunni Muslim groups such as the Taliban and Lashkar-e-Jhangri.

More than 1500 have been killed and 4000 maimed over the past decade in Pakistan and not a single perpetrator has been brought to justice in that time. It is not known how many more have been killed by the Taliban inside Afghanistan.

“Life became very difficult for us in Iran – my parents came to Iran when they were very young and they met and married there,” Elnaz said.

“At that time, you could live a reasonably comfortable life in Iran if you were a refugee.  You could get a fake ID card which meant your children could go to school and you could live normally.

“But after the revolution things got worse for us Hazara.

“We knew many people who were caught with fake ID cards and sent back to Afghanistan.

“One of my cousins was sent back. He was caught by the Taliban and they cut off his fingers and took all his money. So we were very afraid of being sent back to Afghanistan.

“Lots of families were sent back despite their children having been born in Iran,” Elnaz said.

With personal threats being made against them and the prospect of being sent to strife-torn Afghanistan, Elnaz and her mother felt they had no option but to flee.

“We could not go back to Afghanistan because of the dangers there and it was impossible to stay in Iran,” she said.’

Elnaz’ father died when she was four from injuries he received fighting at the front in the Iran-Iraq war.

“My dad’s lungs were damaged by chemical weapons in the war and he was in hospital for months,” she said.

Even though he had fought for the country for eight years, the Iranian authorities refused him a pension or any support after the war because he was an ethnic Hazara.

“He had no money, no pension and my mother and five kids to support so he went away to another city to work in construction. But that winter was particularly cold and he caught pneumonia. He was in hospital for three months before he passed away,” she said.

Elnaz’ path to Parade College began while she was still inside the Melbourne Immigration Transit Accommodation centre in Broadmeadows.

“There was a lady called Caterina who came to visit asylum seekers who I got to know. When I got my bridging visa and was released, she invited me to work as a volunteer at her kinder.

“I was asked to speak to a group of Christian Brothers about my experiences. There I met Mark O’Laughlin, one of the brothers and a scientist at Melbourne Museum.

“Mark has been very good to me. He invited me to work with him at the museum in the marine biology lab. He gave me a microscope to work with and he even named a new species of sea cucumber he discovered after me: Globosita Elnazae.

Parade College is supported by the Christian Brothers and Mr O’Laughlin made arrangements for Elnaz to attend the school.

As an asylum seeker on a bridging visa, Elnaz does not have rights to publicly funded education and she cannot afford the $40,000 fee for a science degree at Melbourne University.

She’s hoping to get a scholarship to do nursing or agricultural science next year.

“The main thing for myself and my mother is that we are safe now – and we are grateful for that,” Elnaz said.

“But I hope I can continue to study. I don’t want to sit at home. And I hope that I can stay in Australia and have a future and a career,” Elnaz said.

“I would dearly love to give something back to the country that has given my mother and myself safety and a refuge from everything we feared back home,” Elnaz said.

The Hazara Nationalism: in Music and Historical Literature
Next