You are at:Home»Human Rights»Record High Deportation from Norway and Ghulam nabi Cues 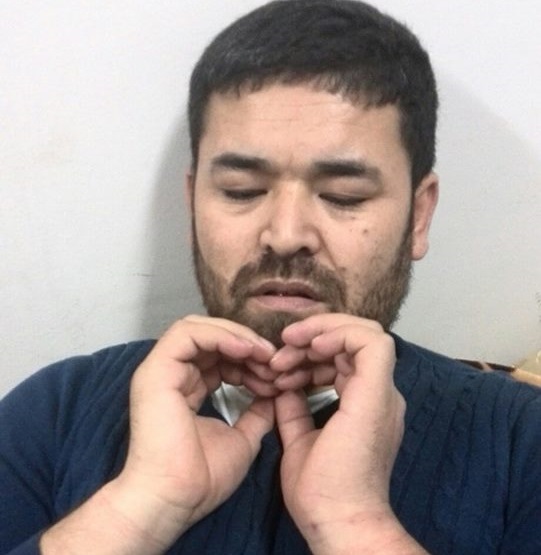 Today, I spoke with Nabi again. He said he has been to the hospital due to his worsening back pain. The doctors told him he needs an operation immediately and the cost of the operation is about a thousand dollars. Nabi can’t walk. Norwegian police took away his wheelchair before deporting him. Authorities in IOM have told Nabi that they can provide him with $250 that he can spend any way he chooses.

Along with Nabi, many other people have also been deported by the Norwegian police; more than a hundred people in the last two weeks and a half. Women, children and elderly are among these deportees. They have many complaints about the ill treatment of the Norwegian police. They say the police hand cuffed them so tight that their hands have been injured as a result.

They have provided me with pictures of their scarred hands. They also say they were not allowed to use the bathroom while in custody of the Norwegian police. On many occasions, I confronted those police officers in charge of deporting immigrants but they argue that they are simply doing their jobs.

Throughout history, many crimes have been committed merely by the notion of “doing ones job”. The army of Hitler too were simply doing their jobs while killing the Jews.

But is any of their crimes justifiable? It is hard for me to imagine that a person can had cuff a paralyzed man, confiscate his wheelchair and deny him the right to use a bathroom and yet be able to wake up the next morning with clear conscious and go on about his life as if nothing out of the ordinary ever happened because he was simply doing his job.

It seems to me that morality is history now, it is nonexistent. Undoubtedly, the politicians in Norway are fully aware that immigrants flee their countries under harsh political and social circumstances that are never caused by them. These people are not criminals.

They have simply been displace by forces beyond their control and treating them like criminals is the biggest insult to all of us. The silence of the Norwegian people in this matter is mind-boggling. Is this the century of abolishing  human morality?