Continuation of Hazara Genocide in Quetta: Eight Hazaras Have Been Killed Today

QUETTA: Unidentified men opened fire on a bus in the outskirts of Quetta on Thursday, killing eight people — said to belong to the Hazara community — and... QUETTA: Unidentified men opened fire on a bus in the outskirts of Quetta on Thursday, killing eight people — said to belong to the Hazara community — and injuring one, in what is believed to be a sectarian attack. 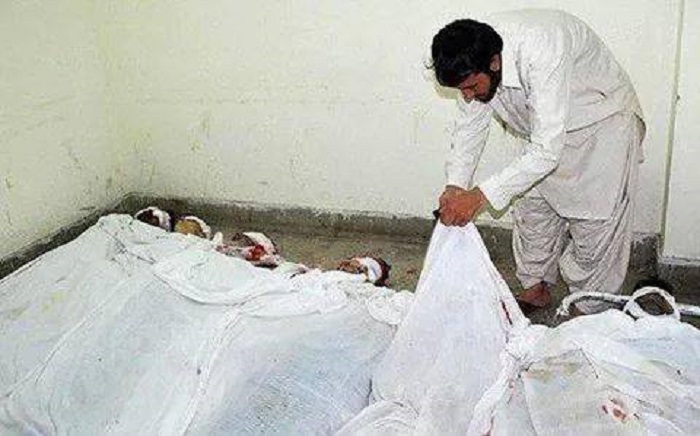 Ten men were on the bus and were about to leave a vegetable market in the Hazar Ganji area when five men, who arived on two motorbikes, boarded the bus and opened fire.
“They killed a man outside the bus and others inside the bus. They were killed after they bought vegetables,” informed SSP Imran Qureshi.

The victims were reportedly Shias belonging to the Hazara community.
Police and security forces quickly arrived and the area was cordoned off.
Capital Police Chief Quetta Abdul Razzaq Cheema confirmed the death toll following the incident. “Eight were killed and one is wounded. They came on the bus to buy vegetables.

All the bodies and those injured were transported to the Combined Military Hospital Quetta.
SSP Imran Qureshi said said that security is always provided to people from the Hazara community when they come to buy vegetables from the Hazar Ganji area; however, on this occasion they came to the area without informing the police.