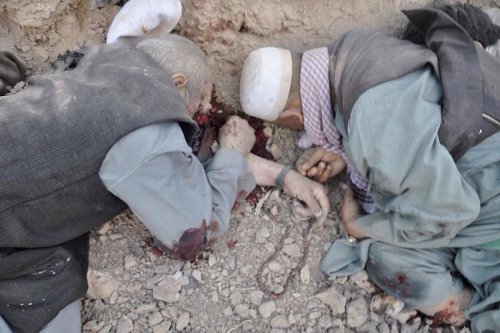 HPIN: Taliban terrorists halted three buses in Ghor provice in western Afghanistan identified and separated the Hazara passengers from the others and then killed all the Hazaras. All non-Hazaras were left all unharmed said Anwar Rahmati, the governor of the western Ghor province. Among the dead were an engaged couple, their relatives and a child.

The Taliban, made up mainly of ethnic Pashtuns, have often targeted Hazara Shiites, whom they see as infidels who deserve to die. Many of the Hazaras suffered enormously under Taliban rule and the Hazara minority saw many of its communities leveled.

The Taliban terrorists, like other Sunni extremist groups have targeted Hazaras in the past with suicide bombings and other attacks both in Afghanistan and Pakistan.