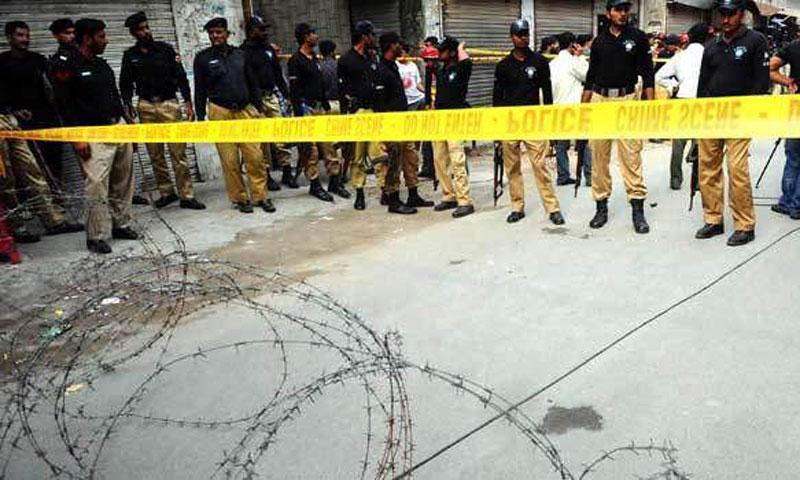 QUETTA: Six coalminers belonging to the Hazara community were gunned down near Machh town, in Bolan district, on Friday.

The banned outfit Jaish-ul-Islam claimed responsibility for the attack in which one miner was injured.

According to Levies officials, seven miners were going to their workplace in a vehicle after purchasing some items from Machh bazaar. When they reached near Gashtri Nullah area, some six kilometres from Machh town, four men on two motorcycles opened fire at the vehicle, killing three of them on the spot.

Levies and Frontier Corps personnel rushed to the area and shifted the bodies and the injured to a government hospital in Machh where three of them succumbed to their injuries. The fourth injured was later shifted to the Civil Hospital in Quetta.

“Three bodies and four injured were brought to the Machh hospital, where three of the injured later died,” a senior official of the town administration, Muhammad Zarif Kurd, told Dawn. He said the gunmen had fired volleys of bullets from both sides of the vehicle.

Balochistan Home Minister Mir Sarfaraz Ahmed Bugti said the killing of Hazaras indicated it was a sectarian attack. He said all efforts would be made to arrest the attackers and bring them to justice.

“Levies and other security forces have launched an operation in the area to trace the attackers,” Zarif Kurd said.

No arrest could be made till late in the night.

The bodies were brought to Quetta amid tight security and later handed over to their families after completing legal formalities.

“The victims were residents of Hazara Town in Quetta,” officials said.

Those killed in the attack were identified as Zaman, Abdul Hakeem, Ali Nigah, Mohammad Arif, Ibrahim and Bola Khan and the injured as Jumma Khan.

Talking to journalists on phone from an unspecified place, Jaish-ul-Islam’s spokesman Ghazi Haq Nawaz said his organisation had carried out the attack in retaliation for security forces’ operation against its men.

Balochistan Chief Minister Dr Abdul Malik Baloch condemned the attack and directed the authorities concerned to take all steps to arrest the killers of poor mineworkers.

He said foolproof arrangements would be made to ensure peace in Muharram. “Strict steps will be taken to protect the life and property of people.”