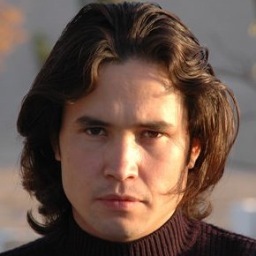 A POIGNANT photo taken by a Hazara refugee of asylum seekers emerging from below deck for a breath of fresh air has won the inaugural Photo of the Year at the Walkley Awards.

The image, shot by Barat Ali Batoor and published in The Global Mail, is the first of five winners to be announced in the prestigious annual awards, along with the winners of the Nikon-Walkley Portrait Prize and Nikon-Walkley Community/Regional Prize.

To view a gallery of finalists’ work, visit www.flickr.com/photos/walkleyfoundation/sets

This year is the first time a “photo of the year” has been selected from all entrants to the awards to embody the year in news.

Batoor began documenting the displacement of his own Hazara people in 2005 as they fled from Afghanistan and Pakistan to safety abroad.

The Hazara are a Persian-speaking that is the third-largest ethnic group in Arghanistan.

In September 2012, he became part of the story, fleeing Kabul with his camera in hand. Travelling with 92 other passengers hidden below deck to escape detection by the Water Police, he shot a selection of images capturing the long route through Thailand, Malaysia, Indonesia and by sea to Australia.

“It is a journey of sudden midnight departures, long road trips, surreptitious transactions, treks through jungles, and terror at sea,” Batoor said, of his essay.

Batoor’s boat ran aground on the rocks and his camera was ruined but remarkably, his images survived. He was then detained and robbed by Indonesian authorities but escaped. Many of the other people he met on his arduous journey didn’t survive.

“In the end, I was one of the lucky ones,” he said. “Unlike most Hazaras, I was quickly found to be a refugee and resettled in Melbourne. In the meantime, I kept taking photos … my hope is that, at the very least, these pictures can tell their story.”