You are at:Home»Refugees»Pakistan and the rest of Asia Pacific»Strike in Quetta: Hazara leaders warn of civil disobedience 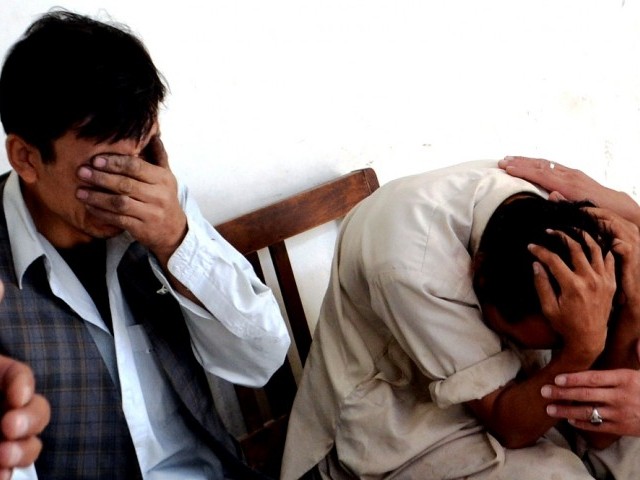 A file photo of mourning members of the Hazara community. PHOTO: AFP/FILE
Pakistan and the rest of Asia Pacific

By Admin on July 20, 2013 4 Comments
A file photo of mourning members of the Hazara community. PHOTO: AFP/FILE
Share this story

A file photo of mourning members of the Hazara community. PHOTO: AFP/FILE

QUETTA:
Irate leaders of the Hazara community on Tuesday threatened to call a ‘civil disobedience campaign’ if more members of their community are targeted in future – a day after the slaying of four young traders in Quetta.
Without mincing words, Hazara community leaders said that they thought “state institutions” were directly involved in their ‘massacre’.

“If this [killing]doesn’t stop, we will jam the entire city together with other sympathising parties,” one of the leaders said, adding that the killers of the four Hazara traders at Masjid Road on Monday were also involved in the murder of three Hazara people at Khudadad Chowk. They called the targeted killing of their community a conspiracy aimed at “stoking sectarian violence in the city”.

The leaders said they were unsure how they could secure their constitutional and human rights. They pointed out that thousands of Hazara youngsters had been killed during the past few years.
Instead of getting protection, they said Hazaras are being pushed against the wall. Blood is spilled in Balochistan and the same treatment is meted out to the Baloch, Pushtun and Hazara communities, they said.
Meanwhile, a shutter down strike was observed in different localities of Quetta against the killing of the four Hazara traders the previous day.