You are at:Home»Human Rights»Genocide»What will elections bring for Hazaras – more death? 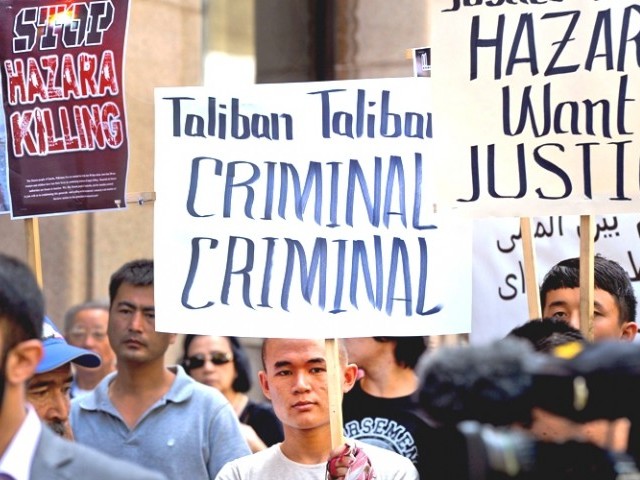 What will elections bring for Hazaras – more death? 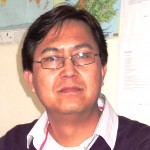 It was October 5, 1999 when ex-education minister Sardar Nisar Ali was ambushed by “unknown” terrorists. His driver and personal bodyguard died on the spot, he, however, was fortunate enough to have survived the attack but sustained serious bullet injuries.

This was the first terrorist attempt ever to be made on a prominent Hazara figure in Quetta in a democratic set up, led by the elected Prime Minister Nawaz Sharif. Soon after, leading Hazara businessmen including Sardar Saadat Ali, the younger brother of Sardar Nisar Ali started receiving life threatening calls known to be later on from the ‘alleged’ terrorists in Afghanistan.

On October 12, 1999, when General Musharraf took power, the Hazara community breathed a sigh of relief expecting their grievances to be addressed by the chief executive, but the matter seemed beyond his reign.

There were intermittent attacks on the Hazaras during the year 2000 and 2001, but this was further accelerated by the killing of 12 young Hazara police cadets on Sariab Road in Quetta on June 8, 2003; the first major blow to Hazaras in a garrison city surrounded by law enforcement agencies.

To raise their voices, the Hazaras took to the streets, staged a protest, held press conferences and met the ex-governor of Balochistan, General Qadir Baloch who promised to bring the culprits to justice, but all in vain.

Terrorists continued attacks on prominent Hazara professionals, businessmen and even laymen in the suburbs of Quetta during late hours. Hazaras in the meantime had not lost hope and started knocking at all potential doors to have their concerns addressed but yet again, their voices fell on deaf ears. It seemed like the malicious designs of the terrorists were more precious than the blood of the Hazaras.

In order to inflict a heavy casualty on the Hazara community, terrorists broke into a mosque and sprayed it with bullets and hurled hand grenades, killing 47 Hazaras and injuring over a 100 on Mikangi Road in Quetta on July 4, 2003.

The same terrorist group, still thirsty for blood, attacked an Ashura procession that killed at least 80 Hazaras, including children, and injured over 200 the following year. Till March 2008, Musharraf’s government did not hear the hue and cry of the people who had lost their loved ones.

The new elected government came into power in March 2008. The death toll of the Hazaras at this point was alarmingly high but this time they had an elected democratic government – they took confidence from that – they thought things would be in control and the government would strive to eliminate the terrorist threat.

To their utter relief, two high profile terrorists, Usman Saifullah Kurd and Shafiq Rind, were taken into custody but later, mysteriously and unfortunately escaped the anti-terrorist jail situated in the cantonment area in Quetta. The terrorists after having escaped further intensified Hazara killings and this time around they came back with a vengeance, and as if they had a license to kill, they attacked closer to security check posts.

Hazaras started getting killed and abducted almost on a daily basis.

The killings that had normally remained closer to the suburbs of Quetta have now moved to the city centre.

In 2010, the terrorists gained enough courage and support to kill members of the Hazara community in broad day light, with faces uncovered. They were attacked in mosques and shops – dozens were either killed or abducted. In broad daylight.

Soon after the killings, these terrorists would openly call local newspapers to not only claim responsibility for those killed, but to also issue threats to the remaining Hazara population.

In September 2011, the whole world once again watched several Hazaras being pulled off a bus and being mercilessly shot to death near the Mastung area. As if to reiterate their threat, they repeated the same episode a couple of days later. In Quetta, a bus was stopped, Hazaras singled out, dragged off the bus and shot dead in front of the other commuters.

Such is the justice and mercy that all the governments of Pakistan have shown the Hazara community.

On March 1, 2012, the plight of Hazaras was discussed on the floor of House of Commons — at the UK Parliament — through an adjournment debate led by Mr Alan Johnson that lasted for 30 minutes, which raised the issue globally.

Hazaras for the first time staged protest all over the globe to pressurise the government of Pakistan to help stop the killings. The civil government, however, seems not to have the authority capture and punish the perpetrators. It hasn’t yet been confirmed who the community should approach to voice their plight- the relevant authorities are perhaps not present in Pakistan.

The Hazaras, however, had not yet lost hope and started meeting with high profile political leaders including President Zardari, but much to their dismay, and perhaps as expected, nothing came of their meeting.

Following the twin-blasts on January 10th, 2013, which claimed 104 lives and injured over 150, the Hazaras staged a long sit-in protest with their dead bodies along with the support of the civil society and the media. They sat there with the dead bodies of their loved ones- this time not hoping – but fighting for their voices to be heard!

This time, the central government was forced into removing the provincial government and installing a governor rule with a promise to target religious militants from the Lashkar-e-Jhangvi.

Under governor rule, areas surrounding the Hazara community were cordoned off and security check posts were established but these security measures stopped functioning when a water-tanker laden with 1,000kg explosives crossed the security check post on Kirani Road killing over 80 Hazaras and injuring over 200 in Hazara Town on February 16th, 2013.

Over 1,100 Hazaras have been murdered in cold blood so far and the present government has come up with no substantial form of protection for them. A security measure they insisted on working on next was to erect concrete walls and security check posts all around Alamdar Road area and Hazara Town to ward off any further terrorist attacks.

It is widely believed that the present concrete walls around Alamdar Road area will meet with the same failure that the Hazara community met with when it approached the Musharraf government, the Zardari government and during governor rule.

While they wait for the government to come up with solid security measures the Hazaras no longer feel safe – even in their own homes.

What will they ask of them next?

Shall they start wearing bullet-proof jackets with bullet-proof helmets or will the government provide bullet-proof homes to them so they are able to stay safe from rocket attacks or bomb blasts?

Should the Hazaras attach any hopes, if at all, to the election of a new government? Or, shall they now make peace with living in hiding and investing in bullet-proof homes?

Will the upcoming elections do anything to mitigate the plight of the Hazaras or will they be left to fend for themselves again?