You are at:Home»Human Rights»Genocide»Amnesty International: Authorities must do more to protect Hazara community from deadly attacks 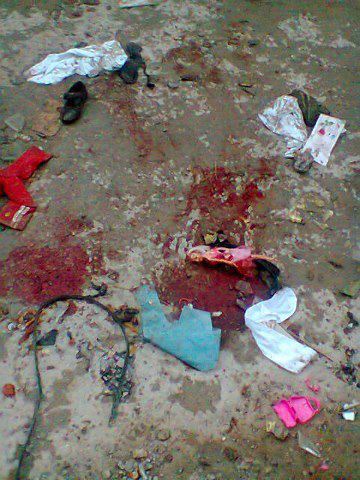 Amnesty International: Authorities must do more to protect Hazara community from deadly attacks

The Pakistan authorities must do more to protect the persecuted Shi’a Hazara minority community, Amnesty International said following a devastating attack in Quetta that killed scores.

On Saturday 17 February, at least 84 people, mostly Shi’a Hazaras, were killed when a bomb exploded in a vegetable market in Quetta, the capital of Balochistan province.

The bombing was claimed by the anti-Shi’a armed group Lashkar-e-Jhangvi (LeJ). LeJ also claimed responsibility for a series of bombings targeting Hazaras in Quetta on 10 January 2013 that claimed more than 90 lives.

“Also shocking is the continued failure of the authorities to bring to justice any of those responsible for committing these killings, or inciting others to carry them out.”

To Amnesty International’s knowledge, no one has been prosecuted for the January 2013 attacks or other targeted killings of Hazaras in recent years.

The authorities also have a poor record of prosecuting those who incite attacks on people on the basis of their religious beliefs, including prominent leaders of groups like LeJ.

“The failure to bring these perpetrators to justice sends the signal that they can continue to commit these outrageous abuses with impunity,” said Arradon.

Amnesty International has documented 91 separate attacks on Shi’as across Pakistan since January 2012 that have resulted in around 500 fatalities.

Hazaras are disproportionately represented in these chilling statistics – at least half of all deaths come from this community, one of the smallest in Pakistan.

“The last two months have been the worst on record for Quetta’s beleaguered Hazara community. In fact, the attacks in January and February constitute some of the worst killings in Pakistan’s recent history,” Arradon said.

Amnesty International calls on the Pakistani authorities to immediately carry out an impartial and independent investigation into the persistent failure of civil and military authorities to end such attacks.

“The Pakistani security authorities must be held accountable for their failure to protect Quetta’s Hazara community and the population at large,” Arradon said.