Hazara People International Network: It has been clearly mentioned in Radio Free Europe/ Radio Liberty mission statement that “RFE/RL combats ethnic and religious intolerance and promotes mutual understanding among peoples”. However, recent unprofessional and unbalanced news coverage by Dari and Pashtu sections of RFE/RL against an anti-Taliban commander who belongs to Hazara community is absolutely in contrary with this radio’s mission. 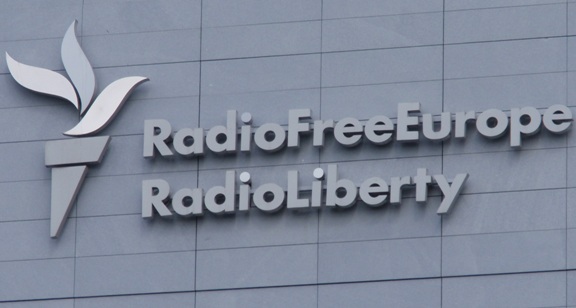 Here are some examples of RFE/RL news coverage:

1: A local commander has killed 17 civilians
13.05.1391
In this news Abdul Hakim Shujai has been accused of involvement in the killing of 17 civilians and there is no any detail or evidences.
http://da.azadiradio.org/content/news/24665276.html
Source of RFE/RL: Province Council Directors (No Name)

2: Murder of dozens of civilians in Urozgan has escaped
16.05.1391
In this report, Radio RFE/RL claims that the reporter has talked with inhabitants of Khas district of Urozgan province and Abdul Hakim Shujai kidnapped 20 civilians and killed 17 of them. There is no any news about 3 of 20 civilians. There is no any voice of inhabitants of Khas district in journalist news.
http://da.azadiradio.org/content/article/24668196.html
Source of RFE/RL: Province Council Directors (No Name)

3: People of Urozgan want detention of Abdul Hakim Shujai
21.08.1391
http://da.azadiradio.org/content/article/24767631.html
In this RFE/RL news it has been mentioned that Abdul Hakim Shujai has been accused of involvement in the killings of 120 civilians including children and women. Now, they have increased the number of civilian victims from 17 to 120 and there is no any further news about 3 kidnapped civilians.

4: Afghan interior Ministry has ordered Abdul Hakim Shujai detention
23.08.1391
http://da.azadiradio.org/content/news/24769671.html
In this news it has mentioned by RFE/RL journalist that Abdul Hakim Shujai has been accused of involvement in the killing of more than 100 civilians in Urozgan and, Minister Mojtaba Patang has ordered his detention.
(Note: Mojtaba Patang was a police officer under Taliban regime.)

A quick glance at above five news titles shows that RFE/RL journalist (s) in Dari and Pashtu sections are not willing to follow radio’s mission statement. These RFE/RL journalists also do not provide balanced news. Here is another news title on official website of Afghanistan Parliament:
http://www.wolesi.com/pvd/showdoc.aspx?Id=3532

In this official news, members of Urozgan Provincial Council visit the speaker of the Parliament Abdul Rauf Ibrahimi and they thank Abdul Hakim Shujai for his efforts against the Taliban. They say the Taliban are dangerous threats for people in Urozgan.
The fact is that Abdul Hakim Shujai protects civilians from Taliban attacks and those such as Patang and Obaidullah Barikzai who claim against him are well-connected to Taliban and drag traffickers.
Here is another news title of Uozgan published in New York Times:

Urozgan is the homeland of the Hazara people. In the last decade of the 19 century during the genocide of the Hazaras, it has been invaded by Pashtuns while many Hazara natives of this land were forced to leave their homes and farms and had to immigrate to the other neighboring provinces.


Now, many Hazaras are servants of the Pashtun invaders in their own homeland.