You are at:Home»Art»What is life like for emerging student photographers? 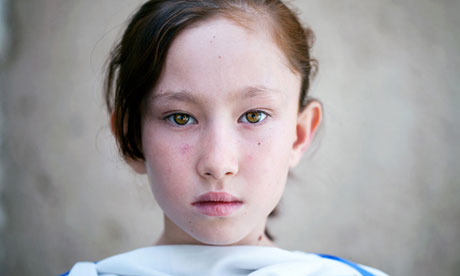 A portrait of Rabiya, whose family recently migrated from Afghanistan to Quetta. One of the images which won Asef Ali Mohammad the award
Art

By Admin on November 21, 2012 0 Comments
A portrait of Rabiya, whose family recently migrated from Afghanistan to Quetta. One of the images which won Asef Ali Mohammad the award
Share this story

It’s often said that now is the hardest time to be a photographer – the challenge of being commercially successful is greater than ever and the internet provides photo editors with all the free images they could ever need – so where does an emerging photographer fit in? And with the digital revolution meaning that you no longer need to spend hours in a darkroom, is it still worthwhile to study photography? As someone who is just starting out in their photography career, this is difficult to hear. And actually, I disagree. I think now is the most exciting time to be a photographer.

It may be cliched to say that I have always been into photography, but I have. Prior to studying photography formally I would travel to cities around the world to capture different environments. I had great ideas but as I was the only viewer, I was never sure if my work was technically or aesthetically good. Would my images be compelling enough outside of my darkroom?

When I moved to London I thought that I should study something that would make my family proud, so I went to Middlesex University to do a business degree. However, I quickly realised that I could never commit to the course so changed to photography after just a few weeks. I am now a photography masters student and think that formal education of the subject is important. The training has given me confidence to make cohesive stories out of the pictures I shoot and the frequent critiques you receive are invaluable.

Of course there are self-taught photographers working for National Geographic who have never had a lesson, but I think studying the subject broadens your horizons. It gives you access to a wide network of materials and people and provides a stimulus to keep shooting. For me, it has made my approach to photography both disciplined and organised.

It has also made me aware of the challenges ahead. The outside world is tough when you have to face commercial clients and send work out endlessly to magazines for publication. As a new photographer you are up against people who have been in the business for years with much stronger portfolios and yet even they are struggling to get work published. How do I get my portfolio noticed and make it stand out from the crowd?

When my series of shots from Afghanistan were published in News Week two years ago, it was a one-off thing. My photos suited their words and they simply needed a photo essay to illustrate them. So then how do you get your work published as an emerging photographer? Students tend to produce personal projects, often about their past relationships, and although they can be amazing, why would a commercial client be interested? It’s not work that can be published on a daily basis and, ultimately, you need to work out what will make you money.

Magazines don’t have an open brief, their next edition could be about Storm Sandy and if you don’t have those images the editors won’t be interested – you have to fit their brief, not the other way around. I feel magazines often just need pictorial material – they don’t necessarily care who you are as a photographer – so you have to second guess what they want and stay ahead of the game.

Another challenge is that selling an image involves much more than presenting just a good picture – a strong portfolio is no longer enough. A curator or photo editor wants to know if you have won awards, been published or exhibited elsewhere, and multimedia elements are often expected of your work. So how do you get noticed in such a competitive field?

I think entering competitions needs to be a daily part of the photographer’s life. Winning the Student Focus competition at the Sony World Photography awards has given me exposure I could only dream of. On the back of the win, Middlesex University gave me a scholarship to do my photography MA. Without the Student Focus title I would be just another graduate photographer, with it I hope I am on route to becoming a commercially successful photographer.
Asef Ali Mohammad, aged 27, is the winner of the 2012 Sony World Photography awards Student Focus competition. As part of his prize, Middlesex University, where Asef studies, was presented with €35,000 of Sony digital imaging equipment for its photography department. Asef was born in Afghanistan and educated in Pakistan before moving to the UK in 2002.

Entries for the 2013 Sony World Photography awards Student Focus competition are open until 30 November 2012. To find out more go to: worldphoto.org