Endowed with profound devotion to education, peace promotion, in-depth love for country, faith in harmony, respect for neighbors, looking forward for peaceful co-existence and sincerity to business, accompanied with long history of effective participation and contribution to building measures of province in particular and country in general, Hazara nation faces continued wave of persecution and ethnic cleansing, since 1999, living in the state of gloominess and frustration, in Quetta Pakistan. 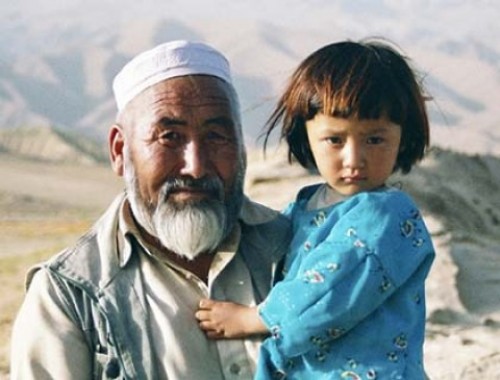 The origin of the Hazara goes two millennia back to the Kushan Dynasty, when Bamiyan in Afghanistan was a centre of Buddhist civilization that ruled over Asia for centuries. The similarity in facial structure of the Hazaras with those of Buddhist murals and statues in the region, subscribes the fact.

Hazaras lived in this region since 1840s, when their tribesmen from Hazarajat began migration to colonial India for work. Many Hazaras were enlisted in the British Indian Army during the first Anglo-Afghan War (1838-1842) where Hazaras fought for great Britian. However, the mass-migration and permanent settlements started in 1890s after Emir Abdul Rahman Khan influenced 62% of the Hazaras and confiscated 60% of fertile land in Afghanistan. Today approximately 1million Hazaras dwell in Pakistan, mostly living in the Quetta the capital of Baluchistan province. Hazara Town and Mehr Abad are localities in the city of Quetta with prominent Hazara populations, ranging up to 0.6 million.

Hazaras are highly literate community in Pakistan (95% literacy rate), uniformly in other arenas of human endeavors, they have earned distinction therefore they have integrated well into the social dynamics of the local society. Hazaras have served the country and the province to best of their capabilities in every field, ranging from politics, business, civil services, military, sports, education to security institutions. Saira Batool, a Hazara woman is one of the first female pilots in Pakistan Air Force.

Other notables Hazaras include Qazi Mohammad Esa, co-founder of Pakistan Muslim league, General Muhammad Musa, who served as Commander in Chief of the Pakistani Army from 1958 to 1968, Air Marshal(r) Sharbat Ali Changezi, Hussain Ali Yousafi – slain chairman of the Hazara Democratic Party, Syed Nasir Ali Shah, MNA from Quetta. Agha Abbas and his son Agha Ghulam Ali, owners of Agha Juice, a famous fruit juice outlet in the country since 1960, were murdered in May 2003 and Jan 2007. Abrar Hussain, the Pakistani Olympian boxer and Chairman Balochistan Sports Board, who was assassinated near Ayub National Stadium. The list of notables continues.

Hazaras are always discriminated at, in both educational and economical arenas. The old practiced quota system for distribution of seats for jobs and educational institutes, has multiplied their grievances, retreating opportunities of effective participation. Mostly, relying on governmental jobs and self motivated personnel business, they bear unsound economical status, making commercialized education unaffordable for them. In addition to these entirely worsened situations, the monstrous wave of genocide has totally pushed them out of hub of educational and economical activities.

Till date, 800 Hazaras including, politicians, businessmen, lawyer, activists, lecturer, students, vegetable vendors, cab drivers, police officials, engineers, women and children have been ruthlessly killed and a multiplied figure, poorly handicapped by outlawed militant Lashkar e Jangvi (LeJ), due to their affiliation with Shia sect and distinctive outlook. The continued wave of persecution ceased them, continuing their business, education and services.

The sorry-tale doesn’t end here, large number of Hazaras over 25000, fled to European countries, mostly Australia, risking their lives, to find out a safe sanctuary, where they could lead a peaceful life and could educate their forthcoming generations. The route to Australia opted is via Indonesia, where human traffickers espoused complicit profession, earns millions of dollars, overload the small fish boats with hundreds of ill-fated Hazaras, got out on a voyage to unknown destiny. There are over 500 Hazaras, drowned after the ships were capsized smashing with tides and stormy winds, on the way to this horrible journey.

The latest wave of persecution transpired on 6th of November 2012, when five Hazara passengers driving yellow cab, from Mehr abad to Hazara town, were ambushed at CNG pump station on Spinny Road, which has already witnessed hundreds of innocent but worthless Hazaras bled helplessly and succumbed to their injuries, amidst Frontier Crops’ check post, in spite of section 144 imposed. Most of such inhuman incidents have occurred identically.

There are numerous distressing accounts, as the consistent wave of genocide left many children orphans, many wives widows, many mothers childless and many families support-less and shelter-less. The alarming point of all is the total marginalization of Hazaras in economical and educational fields. Most of students have quit far and wide schools, colleges and particularly universities. There has been 90% drop out of Hazara students in educational institutions. So is the case with Hazara businessmen, who left or sold their shops low-priced and restricted themselves to their localities.

The terrorist outfit organization Lashkari Jangvi (LeJ) paired with Jaish-ul-Islam vociferously claims the responsibilities for attacks, states sustaining their butcheries. The whereabouts of this militant organization is known to law enforcement agencies, yet their unwillingness and silence to carry forth crackdown against the culprits, remains an answered question. The provincial government comprises of ministers, involved in abduction for ransom, undertaking unconstitutional activities and endorsing sectarianism.

Sectarianism was institutionalized by military dictator General Zia-ul-Haq in the 1980s, when the concept of sin and crime was intermingled. Criminals were eased and sinners harshly punished; a flawed and misleading supplements in the constitutional doctrine. However, Baluchistan for long had remained peaceful until the turn of the century in 2000. Escalating Bloch nationalism in Baluchistan is thought an alarming point for the government. To undermine the nationalism in this part of country, radicalization is used as a counter tactics.

The increased unchecked activities of outlawed organizations political in disguise, is a clear intimation to the underlined facts. Malike Ishaq, the founder of SSP and LeJ was released on bail after his admittance of 70 killings and assassinations. Since then, he has started expanding and setting up cells in Baluchistan. These cells are made of locals and have been greatly strengthened, especially in Balochistan where they operate independently of the LeJ central command.

This turn of events is complemented by the growth of sectarian madressahs there. Perhaps the largest Sipah-i-Sahaba seminary outside southern Punjab is in Mastung. There are also signs of interventions of neighboring and gulf countries, backing terrorist’s organizations, fueling the sparks of sectarianism, in the race of their ideological supremacy.

If the government has to counter escalating insurgency, or if she alleges foreign hands creating law and order problems in the province, then why sinless Hazaras are put at gun barrel? Why the culprits of Hazara genocide are not brought to justice yet? Despite Constitutional indiscriminate provisions, guaranteeing safeguard to life, honor and property of every citizen.

An effective and co-ordinate moral and political support of international community and humanitarian organizations, making Pakistani government accountable for sinless and crimeless death of innocent Hazaras might lessen the sores of the aggrieved nation.