You are at:Home»Videos»Shift and Drift in Hazara Ethnic Consciousness”The Impact of Conflict and Migration” 1. Introduction
In recent years, Hazara ethnic consciousness is believed to have developed sharply. The process is said to have arisen with the start of the 1978 war in Afghanistan and the trend further intensified during the 1990s civil war in Afghanistan. The argument is that as a historically fragmented and politically marginalized group, Hazaras have developed a common historical and political consciousness and demonstrate an internal ‘political bond’ that ‘has not been seen for a century’ (Canfield 2004). 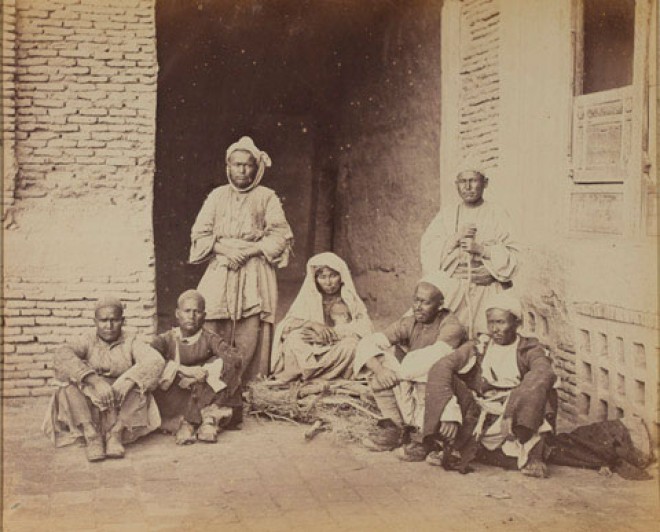 Political developments under the pro-Soviet regime in Kabul and the emergence of anti-Soviet organizations among rural Hazaras during the 1980s are believed to have contributed to the rise of what has been described as a specific ‘Hazara ideology’ (ibid).

For the sake of argument, these observations are taken as starting points. The paper argues that
ethnicity and ethnic consciousness among the Hazaras is inexorably linked with the emergence of the
Afghan state in the end of the nineteenth century and the crisis and instability that it has gone through
in recent decades.

The paper explores the impact of incorporation of the Hazarajat region into the
Afghan state and subsequent political marginalization and mass migration as well as internal responses
to these external forces, in particular articulation and expression of a shared memory of persecution
and marginalization by literate Hazaras, in particular the ulema and intelligentsia, in Afghanistan and
certain places in the Pakistan, Iran and Iraq, in shaping and defining Hazara ethnic identity. To account
for the different phases in articulation of ethnic identity as well as the dramatic changes in the external
environment in which these developments took place, the paper makes a distinction between the
periods before and after 1978, when the war began in Afghanistan.

The main purpose of this paper is to demonstrate that the evolution of Hazaras ethnicity and ethnic
consciousness is a salient but complex and dynamic process. It is the product of external political,
economic and social environment as well as actions and initiatives by members of this particular ethnic
group in different locations.

2. Scales of Identity among the Hazaras
Delineating what precisely constitutes ethnicity in general and an ethnic identity of the Hazaras in particular is a delicate challenge.Before I attempt to present shared features that distinguish Hazaras from other neighbouring ethnic groups, it is important to note that Hazaras like members of other ethnic groups can potentially identify with several layers of identity. This can range from small scale social units based on kinship, clan and village to broader regional, political and religious affiliations. As in Afghanistan in general, the Hazaras usually use the word qawm to refer to various scales of geographical, tribal and ethnic identity. Thus, one can identify with a qawm which is at the same time be defined as a clan and as an ethnic group.

However, during the last two decades the Hazaras have experienced a dramatic shift in their selfconsciousness from localized identities to a large scale identity defined as an ethnic group. This means that while smaller scale identities continue to exist, the word qawm increasingly refers to a trans-local ethnic identity. During the 1990s, this shift was most plainly manifested in the establishment of the Hizb-e Wahdat Islami Afghanistan (Party of Islamic Unity of Afghanistan) that after its establishment in 1989 unified the Hazarajat region under its political and military control and was ‘capable of formulating demands for concessions at national level’ (Harpviken 1998: 177). More recently, this shared sense of unity can be observed in the spontaneous organization of protests by the Hazara diaspora in dozens of cities around the world against targeted killings of Hazaras in Quetta, Pakistan.

After a series of targeted attacks in the city in August-September 2011 and April-May 2012 during which dozens of Hazaras were killed,a chain of demonstrations were organized around the world to protest against what the protestors have often described as a ‘genocide’2 of the Hazaras in the city by radical Sunni militant organizations.3