You are at:Home»News»Sahar Parniyan lives in fear after a TV actress was murdered in Kabul 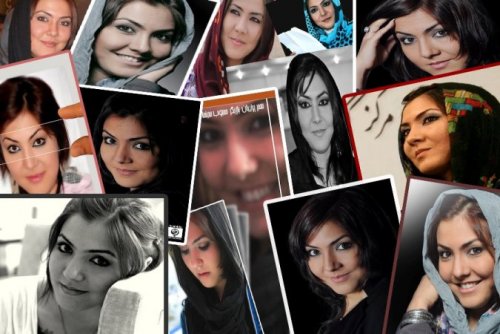 Sahar Parniyan the prominent Afghanistani Hazara actress said that she lives in fear after the suspicious murder of a TV actress in Kabul.

Benafsha a 22 years old TV actress was mysteriously killed in west of Kabul on Monday August 20th while well-known Hazara actress Sahar Parniyan was also threatened to death at the same time by unknown people. The victim actress, Benafsha was killed by the knives of unknown people after having a part in a show on Imroz TV.

It is said that the parts the girl played were considered against Islamic values and moralities and therefore she was prosecuted by intolerable people while going to the bakery near her home.

There were some arrests so far by the police in district six of Kabul where the murder has taken place and the police chief claims that it was a personal enmity and nothing related to her work in a television channel but people deny the police statement and believe it is a result of the growth of extremism in the country.

After this incident in Kabul, Sahar Parniyan does not dare to come out of home though she has changed her address for a few days. Contacting Kabul Press, she said that after she was threatened to death by the phone calls of unknown people who said she was the next victim, she had to call the office of Chief of Kabul Police for her security, but there she faced with neglect and disinterest.

Condemning the latest murder, Ms Parniyan says that she is going to write an open letter to the Ministry of Interior of Afghanistan, to ask for help for her security and the security of other TV actresses and women newscasters and radio and television entertainers.

When the news about the murder of Benafsha was published on BBC Persian, hundreds of Parniayn’s fans wrote messages of support on her Facebook Fan Page then she replied her fans on her Facebook wall as bellow;

“Dear my fans, I am thankful to your supports and your concerns about me, I am fine. I am very sorry for the suspicious murder of two actresses in west of Kabul. I was also threatened to death, by unknown people, to be the next victim, but I am fine right now.

Just for a few days, I do not walk out of home and I have changed my address; I am just worried and a bit shocked for what happened to Benafsha and her friend. I am afraid that before 2014, extremism, terror and fundamentalism seem to be increasing that much that takes the lives of artists and activists of civil society.

My only hope is God, your encouragements and benedictions and may be the security guards. Hereafter I am forced to have security escorts with me, what can I do, it is the situation in my country!”

Sahar Parniyan 21 is an athlete and actress who has role in many television fiction series in Afghanistan including Hechland AKA Ministry which is criticizing the corruption in the Afghan government. She has been the special guest on Eid days on four different television channels.

The journalists, celebrities and radio and television entertainers in Afghanistan are under pressure by different sides; the armed terrorist groups such as the Taliban, the unarmed fundamentalists in the society and the Ulama Council that is the official religious entity in the government body.

The lately growth of fundamentalism is evidently visible in different corners of the country and people concern, it might get worse in 2014 after the foreign troops will pull-out form Afghanistan.

A couple of days ago, a concert was canceled in Herat after an extremist scholar criticized on it and asked the Ministry of Culture to cancel the concert. Then hundreds of people demonstrated to support the singer and condemn the cancellation decision of the concert.

In July this year, the works of three artists from Taasha Artist Group were confiscated by Ministry of Information and Culture in Kabul and the artists were prohibited to participate in any exhibition in Afghanistan.

While so many print and media journalists have been killed, murdered, tortured and faced with violence and censorship so far in Afghanistan, the battle for freedom of speech still continues on in this country.