You are at:Home»Refugees»Australia»Leaving is better than staying to face death 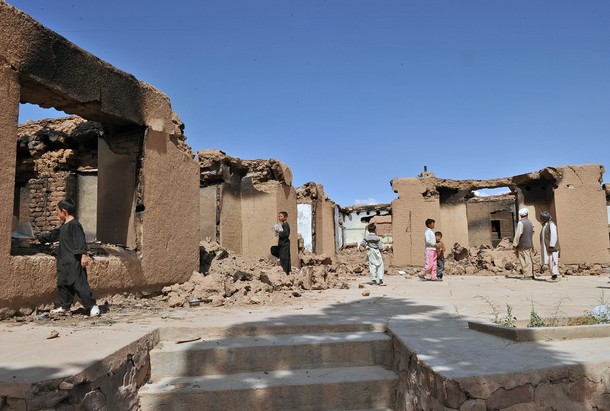 Leaving is better than staying to face death

Muhammad Khani
I want to talk about my people, the Hazara people. The emigration of Hazara people started about 200 years ago. In the 1890s, the British-backed Amir of Afghanistan, Abdur Rahman Khan, killed 64 per cent of Hazaras, by some accounts, because they were Shiite Muslim and had different faces from those of other nations in Afghanistan.
The Taliban regime also killed many Hazaras for the same reason. After they captured the town of Mazar-e-Sharif in 1998, the Taliban killed 4000 ordinary Hazara villagers in one day.
Under the current President of Afghanistan, Hamid Karzai, it is still going on. One example is the suicide bomb attacks on the Ashura [day of mourning]commemoration in 2011, which killed 150 Hazara Shiites in Kabul.
Because of these problems, people have long emigrated to a safer place.

At first they emigrated to Iran and Pakistan. But in Iran they have never been accepted. In Pakistan, every day, the Sunni militant organisation Lashkar-e-Jhangvi kills Hazara Shiite Muslims for the same reasons we have always been killed.
Just last week, two innocent 10-year-old boys were killed, and on Thursday three more people were killed.
When Hazara people hear about Australia – that they accept asylum seekers – they become happy that we have found a safe place to live.
Many Hazara people have been to [the United Nations’ refugee agency]UNHCR offices but got no response from anyone. After that, people started to reach Australia illegally. It was a great source of hope for them to get there.
Afghanistan’s situation is getting worse every day. The government does not have any control during the night outside of the capital, Kabul – so just think about what the situation is in other cities.
Democracy in Afghanistan exists only on paper. Nothing more. No one obeys even the simple rules of democratic government.
When NATO’s army said it would be leaving Afghanistan in 2014, everything in Afghanistan stopped. People don’t build anything any more and are sending their money out of the country. Most think the Taliban will come back after NATO troops leave.
In my case, I had two choices – one bad and one worse. The worse way was to stay there and uselessly die. The bad way was to find a safe place in Australia. If I had any other choice, I would never come in this way.
I want to say to Australians that we are seeking justice and safety. We need help. We are human and we want the rights of human beings.
The feeling of being targeted by your enemy, who will kill you, is very hard to describe. That is what forced me to select this risky way out.

Muhammad Khani, 22, is an electrician from Afghanistan who has left to come to Australia. He is waiting in the Indonesian town of Cisarua for a boat to take him to Christmas Island. He says he will come, despite the federal government’s harsh new laws, because he has no choice.