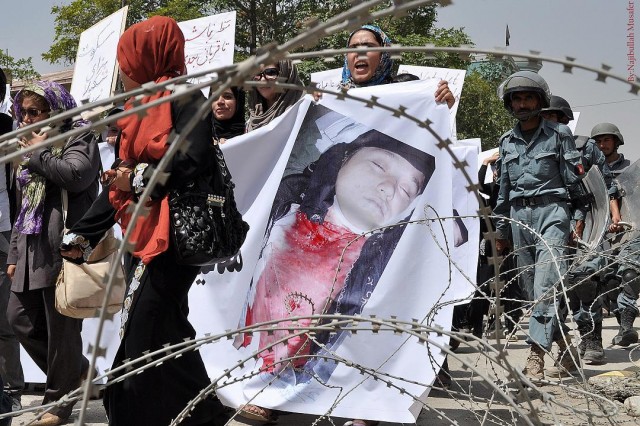 HPIN: Today university students and activists demonstrated in Kabul condemning the killing of 16 years old Hazara girl Shakila who was killed 6 months ego in Bamiyan. Hazara girl Shakila was killed inside Sayed Wahed Beheshti’s house. Beheshti who belongs to Afghan-Arab community is a member of Bamiyan provincial commission, and when Shakila was killed, he was inside his house. The coroner office has confirmed that Shakila was killed by gun, and evidence shows rape and sexual assault. But Beheshti claims that he was praying at that time and didn’t hear any gunfire. Hazara activists and Shakila’s family members say Beheshti, some MPs and attorneys who blog to Afghan-Arab community in Bamiyan want to stop processing the case.
Last week a similar demonstration was taken place in Bamiyan.