You are at:Home»Refugees»Australia»Hazaras demonstrate in front of European Parliament 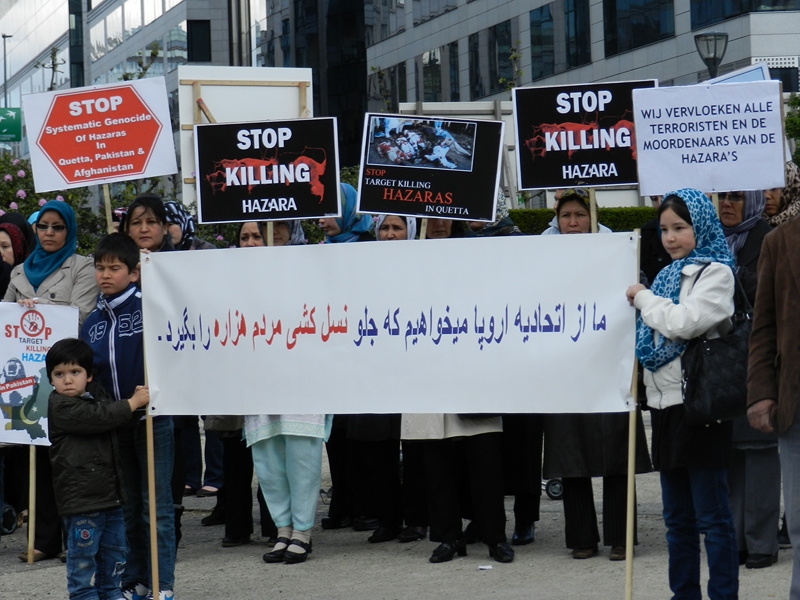 Demonstrate date: 05.16.2012
We, the Hazaras are subject to Systematic Genocide in Pakistan and Afghanistan in the 21st century despite the existence of Parliament of European Union, United Nations Organizations, Human rights Organizations and their Convention on Human Rights, anti racial Discrimination laws and European Court of Human Rights which were formed to curb such genocide and act of barbarism against human beings.

The sufferings of Hazaras began in the late 1800s when Amir (King) Abdur Rahman, a Pashtun, launched bloody anti-Hazara pogroms. Fueled by chauvinism, armed with fatwas from fundamentalist Sunni mullahs who declared the Hazaras to be infidels, Rahman’s forces killed many thousands and took slaves from among the survivors. Throngs of Hazaras were driven from lowland farms up into the central highlands and many thousands fled to Quetta, Pakistan and around the world.

Successive governments in the twentieth century continued to marginalise Hazaras through the use of force, discriminatory law, and other manipulations. Hazaras were confined, physically and psychologically; slain, raped, sold into slavery; deprived of basic rights and vital infrastructure in their villages, and taxed discriminately.

Presently, the Hazaras in Quetta Pakistan are being killed on a daily basis. The onslaught of Hazaras has been on since 1999 and to date more than 700 Hazaras have been killed and over a thousand maimed and injured. No one has yet been brought to justice by the government. On occasions the law enforcement agencies are seen to be directly involved in the killings and ethnic cleansing of this peaceful and innocent people. Hundreds of Hazaras are being killed by Pushtun Kuchis( nomads) in Afghanistan every year. Their homes are destroyed and they are forced to migrate form their ancestral lands.

Today we have gathered here to protest against human rights violations and to support the humanitarian values; to this end, we pass the following resolution.

1. We consider the killings of Hazaras in Quetta Pakistan as genocide and strongly condemn this barbaric act.

2. We demand of the European parliament and European human rights organization to take immediate action against the systematic ethnic cleansing of Hazaras in Pakistan and Afghanistan.

3. We demand from the foreign Ministers of the European Union to visit Pakistan and Afghanistan and discuss the plight of the Hazaras with the respective governments.

4. Pahstun Koochis (nomads), who have plundered the Hazaras throughout the history are still looting, raping and forcing the Hazaras to migrate from their land. We demand the European parliamentarians to compel the contemporary government of Afghanistan to resolve the issue once and for all and to pay compensations to the Hazaras who have suffered from this barbaric act.

6. We demand the European parliamentarians to condemn the on-going genocide and plight of Hazaras in their parliamentary debate.

7. Systematic genocide of Hazaras has consequently resulted in millions of migration to Europe and Australia and elsewhere. Thousands of Hazaras have taken refuge in Europe and Australia and thousand others have sought asylum. We demand from the member countries of European Union to consider and expedite the cases of Hazaras asylum seekers on the basis of Geneva Convention for the Refugees and the European Convention for the Human Rights.

8. We demand from European and other civil rights activist, human right activists, political workers, and journalist to acutely observe the atrocities against the Hazaras and to play their role in their respective fields to stop the on-going racial discrimination against the Hazaras. 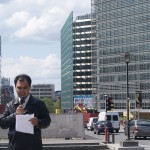 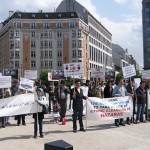 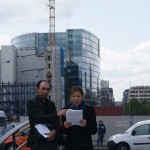 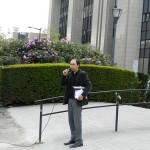 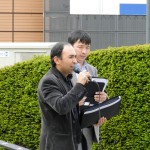 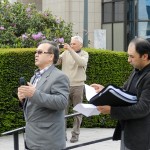 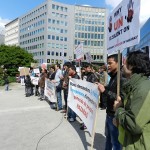 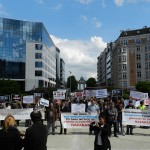 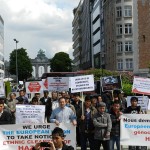 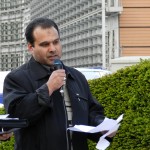 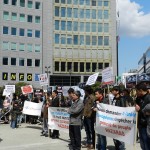 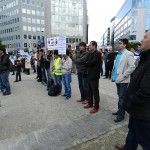 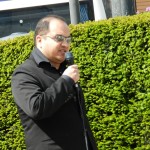 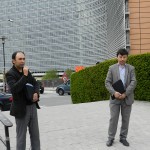 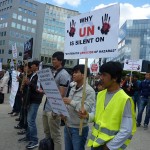