You are at:Home»Refugees»Australia»Worldwide Protest 2012: Canberra, Australia 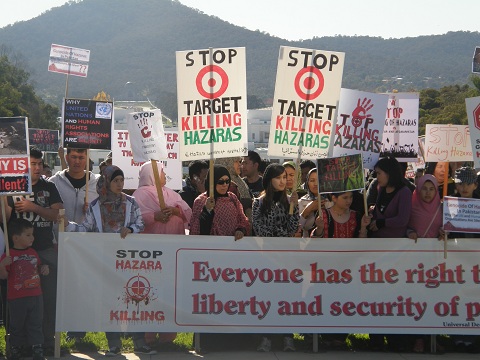 RESOLUTION OF AUSTRALIAN HAZARAS ON THE GENOCIDE OF HAZARAS IN PAKISTAN

We, the Hazara people of Australia, strongly and loudly ask the Australian Government, the UN and the government of Pakistan to prevent the genocide in making of our people in Pakistan.

The definition of genocide according to both the Convention on the Prevention and Punishment of the Crime of Genocide (article 3) and the Rome Statute of the International Criminal Court (article 6) is any act committed with the intention to destroy, in whole or in part, a national, ethnical, racial or religious group, this could be any act such as killing, causing serious bodily or mental harm, inflicting conditions to bring about physical destruction in whole or in part.

There are about 600,000 Hazaras in Pakistan who are living through an ethnic cleansing carried out by the state supported terrorist and extremist organizations. The history of Hazaras in Pakistan goes back to late nineteenth century when more than half of the population of Hazaras was massacred in Afghanistan and a great number of them were forced to banish their homes and take refuge in the neighbouring countries. These waves of mass migration into neighbouring countries have continued until today, the recent one started when Taliban took power in Afghanistan. Even though, the collapse of the Taliban regime in Afghanistan by the Allied forces encouraged many Hazaras in Iran and Pakistan to return to their homes, the regular nomadic attacks on Hazaras and the oppressive treatment by the current government is once again driving Hazaras to flee the country.

This time however, the neighbouring countries are no more welcoming to Hazaras. Only in the last few years about 700 hundred Hazaras have been killed and over a 1000 permanently incapacitated in the Quetta city of Pakistan. These killings are carried out by RPG firings on residential areas and suicide attacks and machine gun firings at civilians during normal daily activities and communal festivities. Target killing of Hazaras has become a daily norm in Pakistan; which if not prevented early on, will become a wide scale genocide.

These killings are carried out following regular religious decrees that identify Shi’ite Hazaras as infidels who must be killed. An open letter, which was published in ‘Daily Jung,’ one of the leading national newspapers of Pakistan, called for killing Hazaras on the spot wherever they were found in order to clean the pure land of Pakistan from these infidels. Such open letters contain the signatures of prominent religious scholars, which make them very effective in manipulating the public opinion.

The government of Pakistan is complicit in supporting the terrorist organizations that carry these systematic attacks.

The offshoots and proxies of Al-Qaida and Taliban take pride in having devastated the Hazara communities and crushed their social life in Afghanistan; and they now intend to do the same in Pakistan. These are the aims they explicitly state in their open letters and their religious teachings.

We have played a significant role in the history and culture of Afghanistan & Pakistan; the destroyed statues of Buddha in Afghanistan were our historical pride; dozens of social, academic, artistic and sports figures and top army officers and commanders in Pakistan and Afghanistan are marks of the resilient and hardworking spirit of our people. Our people are eager to contribute to the development of a just and peaceful society as a home for everyone.

We have suffered from tyrannic oppression for over two centuries, and yet there is another holocaust we have to go through in Pakistan. We, the Australian Hazaras, strongly sympathise with the oppressed and tormented Hazaras who are suffering at the hands of Al-Qaida and its proxies such as Lashkar-e-Jhangvi in Pakistan.

The crime of genocide is a justiciable offence under the Rome Statute of the International Criminal Court. We believe that the international community, the United Nations and particularly the Australian Government have an obligation to prevent the genocide of Hazaras in Pakistan following the ratification of the Convention for The Prevention & Punishment of The Crime of Genocide. Pursuant to article 8 of the Convention which states “any Contracting Party may call upon the competent organs of the United Nations to take such action under the Charter of the United Nations as they consider appropriate for the prevention and suppression of acts of genocide or any of the other acts enumerated in article 3”, contracting parties such as Australia is obliged to call upon the UN to take action now before it is too late.

We therefore demand the Australian Government to call upon the competent organs of the UN to consider and take the appropriate actions for the prevention of the genocide of Hazaras in Pakistan. The more than two thousand Hazaras who have been recognised as genuine refugees in the past three years by our Government have their immediate families in Pakistan who are living through the current turmoil; we believe that the obligation of the Australian Government towards the Hazaras who are either Australian citizens or permanent residents, extends to the protection of their immediate families as well.

We, the participants of today’s protest denounce crimes against humanity and defend the right to life of Hazaras in Pakistan, adapt the following resolutions:

1. We condemn the current systematic genocide of Hazaras in Pakistan.

2. We question the inexcusable silence of authorities in Pakistan, and the international community;

3. Appeal to the international community to raise their concerns with the Pakistani government about the genocide of Hazaras. Those countries that are contractual parties to ‘the Convention on the Prevention and Punishment of the Crime of Genocide’ (Convenion) have an obligation pursuant to article 8 of the stated convention. Therefore, we ask the International community to call upon the competent organs of the UN to take and consider appropriate actions for the prevention and suppression of the Genocide of Hazaras in Pakistan.

4. We ask the international community to call for a fair investigation into the systematic genocide of Hazaras at the hand of those who publicly confess to their crimes. The international institutions, particularly the United Nations (UN), European Union (EU), Amnesty International (AI), Human Rights Watch (HRW, and the like, lest can take notice of Hazara genocide in Pakistan and take practical steps in preventing their genocide as per the resolution of the Convention and the Rome Statute of International Criminal Court.

5. We express our concerns that the genocide of Hazaras will continue to force them to flee and take refuge in other countries, which will eventually result in their extinction as an ethnic group, which incurs the loss of a culture, a language and a precious segment of the life experiences of human beings.

6. We demand our Foreign Minister honourable Senator Bob Carr to personally communicate to his counterpart in Pakistan and raise his serious concerns about the genocide of Hazaras taking place right now. In addition the honourable minister is requested to summon the ambassador of Pakistan and question him about the genocide in making of Hazaras and through bilateral means demand to put an end to this horrific genocide in making. Should these avenues avail no realistic outcome, consider the imposition of an autonomous sanction against the government of Pakistan.

7. We ask the respected MPs to take up the issue of Hazara genocide and their persecution in a session of our parliament in an attempt to end this horrific atrocity.

8. We therefore specifically ask our MPs to seek an adjournment debate and liaise to include the Hazara Genocide in the Department of foreign Affairs annual reports.

9. We despise the political intentions of the terrorists and religious fundamentalists who are trying to radicalize Pakistan by imposing a Taliban-like regime in that country.

10. We ask International Criminal Court (ICC) in Den Haag, Holland to prosecute the murderers of innocent Hazara civilians (be it a group, party or a country). This horrendous killing is a crime against humanity and has become a routine activity for terrorists organisations/groups such as Lashkar-e-Jhangvi (LeJ), Sipa-e-Sahaba Pakistan(SSP), Taliban, Al-Qaeda and the like, in Pakistan and Afghanistan.

11. We ask the Supreme Court of Pakistan to take Suo Moto notice of genocide of Hazaras and request a full investigation in noting that provincial law enforcement, ATF, and Frontier Corps has thus far failed to reveal any evidence or suspects in the cases before the Pakistani courts.

12. We reiterate that the obligation to prevent genocide dovetails with the responsibility to protect (R2P), recognised in 2005 by the United Nations General Assembly and endorsed the following year by the Security Council and Hazaras are owed such an obligation and responsibility.

13. We express our serious concerns that if the current level of ethnic cleansing of Hazaras is not countered, it will grow into wide scale genocide.

Finally the failure to prevent this crime against humanity will facilitate the genocide of Hazaras in Pakistan; and will also ensure that Afghanistan and Pakistan remain in a state of turmoil and ongoing bloodshed. 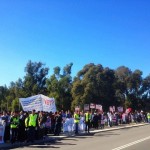 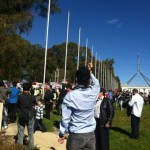 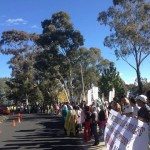 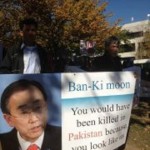 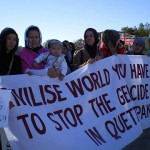 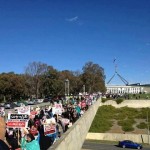 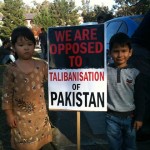 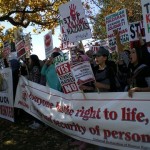 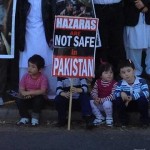 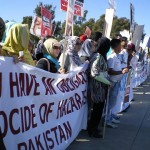 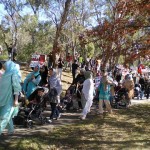 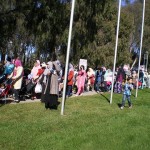 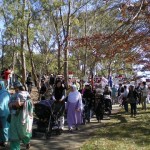 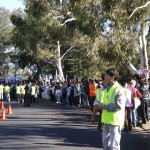 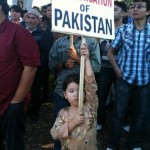 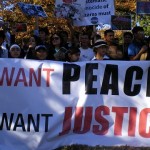 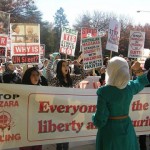 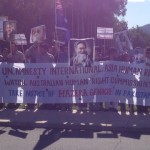 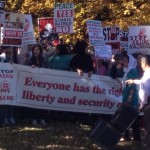 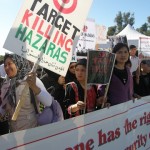 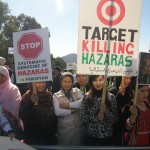 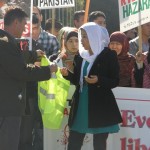