You are at:Home»Refugees»Pakistan and the rest of Asia Pacific»Genocide of Hazaras in Pakistan: where are Human Rights Watch and Amnesty International? 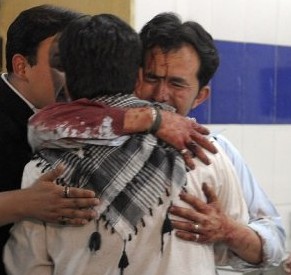 Genocide of Hazaras in Pakistan: where are Human Rights Watch and Amnesty International?

Convention on the Prevention and Punishment of the Crime of Genocide

Adopted by Resolution 260 (III) A of the United Nations General Assembly on 9 December 1948.

Article 1 The Contracting Parties confirm that genocide, whether committed in time of peace or in time of war, is a crime under international law which they undertake to prevent and to punish.

Article 2 In the present Convention, genocide means any of the following acts committed with intent to destroy, in whole or in part, a national, ethnical, racial or religious group, as such: