You are at:Home»Refugees»Pakistan and the rest of Asia Pacific»Persecuted Hazaras rally for peace 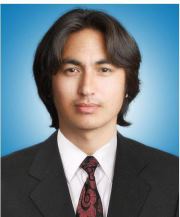 At least 29 Hazara Shias have been killed and scores wounded in Quetta in the last two weeks, in the recent spate of violence against the minority community. Last week, thousands of people gathered in the capital of the Balochistan province to protest against yet another surge in sectarian violence.

The April 13 protests, organized by the Hazara Democratic Party, were called after four people were killed in two separate attacks on Iqbal Road and Abdul Sattar Road in Quetta on April 12.

Thousands of people from the Hazara ethnic minority community were chanting slogans against the local government and law enforcement agencies demanding a crackdown on terrorist groups who were targeting the 600,000 Hazaras of Quetta. Protesters also called for increased government protection for the predominantly Shia Muslim community.

Holding placards that read ‘Stop Hazara killings’, ‘Say no to terrorism’, ‘No to sectarianism’, and ‘We want peace’, crowds of protesters, estimated at about 4,000, marched to the Balochistan governor’s house late Friday morning.

“I think the security forces and some ministers are supporting the terrorists who slaughter the Hazaras with impunity,” Abdul Khaliq Hazara, chairman of the secular ethnic Hazara Democratic Party (HDP), said during a protest rally.

Ahmed Ali Kohzad, general secretary of the HDP, said his party was calling for targeted action by the Pakistani government against the groups responsible in the killings. 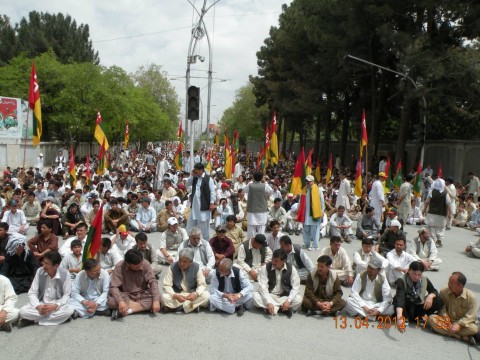 Qadir Nayel, a local writer and activist, said that the people had little faith in the local government of Balochistan province.

“We see security personnel only when we come downtown to protest against the massacre of our brothers,” said a protester, Juma Khan.

In a statement following the killings of 13 Hazara aboard a bus in the outskirts of Quetta in fall last year, Amnesty International had said “routine targeted killings against the Hazara and other groups because of their ethnicity, religion or political affiliations raises serious questions about the will or ability of Pakistan security force to protect the people of Balochistan”.

“I know I will be killed one day for being a Hazara Shia”
Nayel said that the protests in Quetta, along with similar demonstrations in Islamabad, Multan and Muzaffarabad on Friday will get the attention of international human rights groups.

Sajjad, an activist attending the rally, said he could see television cameras but doubted the report would make it to actual broadcasts on mainstream media. Nayel says people in other parts of Pakistan, such as Karachi, have their own issues to deal with. He described their approach to the matter as “largely hands-off”.

Many protesters said the perpetrators of the crimes roamed the streets with little fear. “We are sure that the same assailants who killed two Hazaras on Iqbal Road, killed two more in Liaqat bazaar on their way home”.

Asked if he feared an attack on the rally, a protester said: “I am not afraid. I know I will be killed one day for being a Hazara Shia anyway.”

“We will never resort to violence,” said an energetic young man. “We will keep protesting in a civilized manner, unlike the coward terrorists.”

The three-hour-long sit-in outside the Governor’s House came to an end after the governor and provincial ministers assured the leaders of the HDP they would take up the issue with the chief minister of the province and make a comprehensive plan to end the attacks on the Hazara in Quetta. The protesters then dispersed peacefully.

The HDP also called a wheel-jam strike on April 15 that was supported by all major political parties. Also on April 15, Balochistan Chief Minister Nawab Aslam Raisani met with a Hazara delegation led by Sardar Sa’adat Ali and agreed to launch a targeted operation against terrorists groups.

At least 90 suspects have been arrested so far from various localities of Quetta.

The Balochistan government has also vowed to revisit its security plan and decided to install hundreds of CCTV cameras in various localities in Quetta to improve law and order.

Dr Saleem Javed is a freelance journalist based in Quetta. He blogs at http://saleemjavid.wordpress.com/ and tweets at @mSaleemJaved