You are at:Home»Refugees»Middle East»Refugees are not allowed to enter parks in Iran! 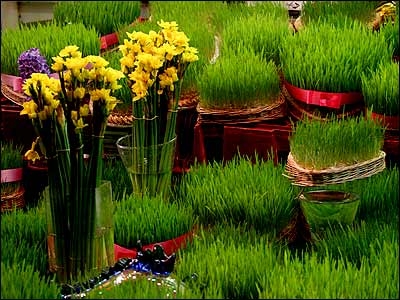 Refugees are not allowed to enter parks in Iran! Hazara International Network: Today is the 13. of Nawruz (new day) and people in Turkic and Iranian arias go outside to celebrate this day. Nawruz as a Turkic and Iranian tradition has been celebrated by the Hazaras for thousands of years. This tradition was banned by Taliban during Taliban Emirate. But now, the Iranian police has decided banning Nawruz for Afghanistani by not allowing them to go to the parks. A short news published on the website of an Iranian news agency confirms that refugees are not allowed to enter Saffe park in Isfahan.
There are about 3 million Afghanistani refugees in Iran and most of them are Hazaras. The Turkic face of the Hazaras made it easy for Iranians to identify them as the only Afghanistani or Afghan. However, they are not Afghan and they are Hazaras with their own cultural and historical background.

Hazara refugees have always been discriminated by the Iranian regime. According to the reliable sources, the Iranian regime have massacred over 630 refugees, mostly Hazaras in Safed Sang Camp detention center. This massacre have taken place in 1998. A film about the incident was not shown in Afghanistan after what insiders call the Iranian president’s “personal request” to his Afghan counterpart.