You are at:Home»Refugees»Europe»In spite of racist group RAWA’s sabotage, more than one thousand people gathered in Rome

In spite of racist group RAWA’s sabotage, more than one thousand people gathered in Rome

Hazara International Network: Today more than one thousand Hazaras got together in Rome to show their unity at the 17th anniversary of Shahid Abdul Ali Mazari’s martyrdom.
Abdul Ali Mazari was the first Hazara leader who brought together all Hazaras under one unique party and demanded their rights based on their population from the Mujahedeen Government. Mr. Mazari was then captured and assassinated by the Taliban in March 1995.

Haji Mohammad Mohaqiq, Hazara MP and political leader, the special guest speaker in this ceremony spoke for hundreds of refugees and asylum seekers from Afghanistan who participated in the anniversary.

The refugees and asylum seekers expressed their abhorrence to the criminals committing the Hazaras’ genocides in Afghanistan and Pakistan.

The participants in this gathering emphasizing on Hazara’s unity against conspiracies of their enemies, invited them for the continuity of their international civic campaigns for their neglected rights in Afghanistan.

Hazara People’s gathering took place in Rome while the racist and opportunist group RAWA had announced beforehand that they would demonstrate on the same day in Rome, to object on Mr. Mohaqiq’s presence in Italy and would disband the gathering.
This group, lobbying in Italy’s governmental institutions tried to sabotage the anniversary ceremony with a vast campaign against Hazara People, but in practice they could not bring even only a single person for their demonstration.

RAWA is an opportunist group that has created a huge business in Afghanistan with women’s rights. RAWA group has a close relationship with Afghan Millat, a nationalist Pashtoon party and has several times tried sabotage Hazara people’s worldwide demonstrations against their massacre by Taliban and Pashtoon Kochis.

Haji Mohammad Mohaqiq, is a well known political figure in Afghanistan who has lately talked of decentralization/ federalism in Afghanistan through which the people of different regions would have a direct participation in decision makings in their regions.

Mr. Mohaqiq’s proposal has millions of supporters in Afghanistan that is why it is considered a threat against hereditary Pashtoons’ governments in Afghanistan thus it was strongly apposed by Karzai as well as by the Taliban. 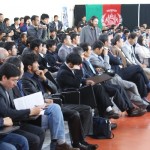 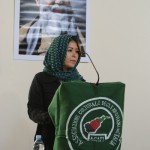 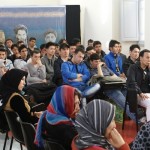 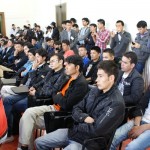