You are at:Home»Refugees»Australia»Back to the primitive past: Pashtuns stoning, trampling with horses and burning their victims with impunity 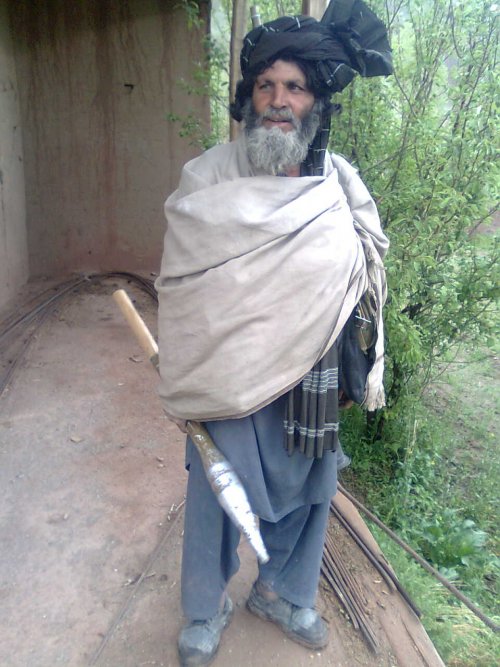 Back to the primitive past: Pashtuns stoning, trampling with horses and burning their victims with impunity

By Admin on January 31, 2012 0 Comments
A Pashtun Kuchi
Share this story

Note: If you are under 18, please do not open this page.
By Kamran Mir Hazar and Vikki Riley | Darwin, Australia

A new documentary made by Hazara director Ali Mohammadi, seen by Kabul Press shows a hitherto previously unseen dimension to the spectre of Pashtun Kuchis crimes against Hazaras in Behsood and Daimirdad district of Maidan province in Afghanistan in 2007. In this 48 minute documentary, Hazara captives are shown to be stoned by Pashtun Kuchis who then rode horses on the victims’ bodies and finally incinerated by petrol. Shockingly, the documentary also shows Hazara properties and homes looted and burned by Kuchis, when thousands of Hazara families attempt to flee to neighboring provinces like Bamian and Kabul. This is 2007, not the 1970s when Pol Pot was internationally condemned for enacting similar atrocities in Cambodia. 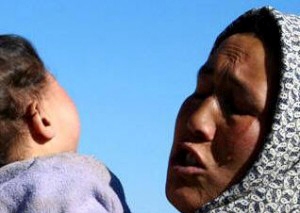 Also featured in the film are members of a government investigative delegation appointed by Hamid Karzai to visit the scene of these crimes, but instead of hearing testimonies from the victims themselves are seen defending the Kuchi perpetrators. Fully armed Kuchis stand behind them alongside Taliban symbols such as their white flag.

For more than a century, Kuchi Pashtuns have persecuted the ethnic Hazaras, going back to 1880 when Afghan (Pashtun) 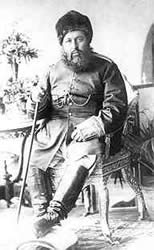 dictator “Abdurrahman” claimed power. After the defeat of British troops that year and their subsequent retreat in 1881, Abdul Rahman Khan, the cousin of the previous despot Amir Shir Ali Khan returned from exileand immediately declared himself the new Amir, using his influence as a wedge power between Tzarist Russia and British colonial India. His first strategy was to rule over all ethno-linguistic groups and Islamisize them in the process by enacting fierce pogroms on horseback across the country. Historian Iraji Bashiri writes “To begin with, Abdur Rahman decided to settle the affairs of the 15 tribes (340,000 members) of the Shi’ite Hazarah who occupied the Hazarajat. Between AD 1229 and 1447, thirteen of the tribes had recognized governmental authority but not the 44,000 strong Uruzgan tribe. In fact, once Abdur Rahman Khan set out to reform the affairs of the kingdom, including the affairs of the tribes, the Uruzgan tribe rose in revolt. Frustrating the Khan’s attempt at segregating the elders of the tribe and taking census for tax purposes, they created untoward confusion and anarchy in the land. In retaliation, the Khan fielded 100,000 troops and tribal levies against the Uruzgan. He also incited his Sunni followers to wage a Jihad against the Shi’ite Hazarahs. Even more than that, he took the Hazarahs’ pastures and flocks and divided them among the Durrani and Ghilzai tribal confederations. As a result, by 1893, most of the Hazarah were enslaved. The rest went into exile in Iran.”1.

We do know now that the Hazaras indeed fought back, but the punishment was severe. As a reward for suppressing their resistance, Pashtuns were given land in Uruzgan province. Historian Beverley Male writes that in addition , “Hazara pastures, their main source of livelihood, were seized by the state and sold to the Pashtun Nomads….and together with the destruction and dislocation of the war led to the dispersal and dispossession of the Hazaras”2.

The involvement of British political and military aids in the last decade of the nineteenth century saw Abdul Rahman Khan collude further with the Pashtuns and he was promised Hazara lands from Kandahar, Zabul, Helmand and Oruzgan to Daikundi, Ghor and Bamian. Tens of thousands Pashtun tribal men and Kuchis who lived in what is today Pakistan ,joined the army and captured Hazara lands in what was clearly a British led ethnic invasion of sovereign Hazara soil. Not too dissimilar to their overtaking of Zulu land in South Africa or Aboriginal land in Australia, by using an outside ethnic group to do the dirty work of disposing of the original inhabitants of Hazara provinces with rich arable soil. Royal decrees were issued by the Amir, giving them land titles and ownership over Hazara lands. According to historic documents over 60% of Hazaras were massacred and thousands where sold as slaves, while according to databases on indigenous minorities Hazaras made up nearly 67% of the total population of the state before the 19th century.

Systematic crimes against the Hazaras have continued since that time. During the Islamic Emirate of Taliban, Kuchis had an open hand to attack Hazaras , loot their homes and kidnap their women.
In the last decade, after the fall of Taliban regime, the Pashtunist government of Hamid Karzai has facilitated the continuation of Pahtun nomads, the Kuchis , as they resurrect the pogroms and the genocidal behavior against Hazaras. The government support to the Kuchis is totally coordinated with the Taliban. 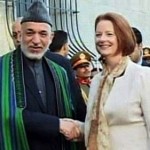 Mr. Mohammadi’s documentary is titled The Drum of Democracy and these systematic crimes and terrorist attacks happen when over hundred and fifty thousand international troops, from Australia and the USA, are in Afghanistan apparently to stop terrorism. Although by now it is clear that those troops are marching in on a different drum beat to the tune of millions of dollars propping up the Karzai regime whose agenda is not on the same page as Australian Prime minister Julia Gillard or President Obama. Still the Australians and American servicemen die at the hands of those they are there to “assist” them move Afghanistan on into a transitional democracy or so the hype goes. Night after night on Australian television viewers are reminded why their sons are there, “defending democracy” like some kind of advertising mantra for an ongoing soap opera which sees young guys from Darwin, Adelaide and Hobart returned in flag draped coffins.

Current attacks on Hazaras are not limited only to Pashtun Kuchis attacks. Taliban block the roads to Hazaras, target them by suicide bombers and the Karzai government is putting more pressure on Hazaras by the systematic discrimination in Hazara populated areas. The Hazara asylum seekers in detention in Australia constantly have to prove to their interrogators this long and bloody history which has caused them to flee in the first instance. Yet immigration officials say that Afghanistan is safe for Hazaras to return to and as we publish this story a young Hazara awaits an Australian High Court decision appealing his deportation on these very grounds. Karzai’s regime may have all the trappings of a Western style coalition of groups in consensus but that’s just in the photo opportunities. Pashtunwali, the famous “way of the Pashtuns’ as it is euphemistically called, is still the dominant code of conduct that governs social and cultural behavior in Afghanistan. These customs, centuries old, overrule human rights codes of conduct the rest of the world maintains as a benchmark since the formation of the UN in 1948, regardless of whether individual countries like Australia ignore them or not. They remain as principles to adhere to, and the Refugee Convention clearly states that ethnic persecution is a basis for refugee status.(see 3 below for example of code).

In Pakistan the same Pashtun terrorist groups and their allies are revisiting the contemporary history of Hazaras by spilling blood. Deporting Hazaras back to this situation is not only a form of hypocrisy on the part of Australia and now Norway, but an indictable crime in itself.

3. For example, Badal (justice) – To seek justice or take revenge against the wrongdoer. This applies to injustices committed yesterday or 1000 years ago if the wrongdoer still exists. Justice in Pashtun lore needs elaborating: even a mere taunt (or “Paighor”) is regarded as an insult – which can only usually be redressed by shedding of the taunter’s blood (and if he isn’t available, then his next closest male relation). This in turn leads to a blood feud that can last generations and involve whole tribes with the loss of hundreds of lives. Normally blood feuds in this all male dominated setup are then settled in a number of ways. 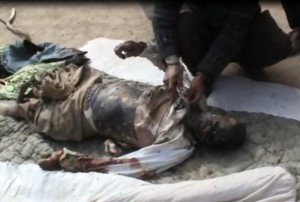 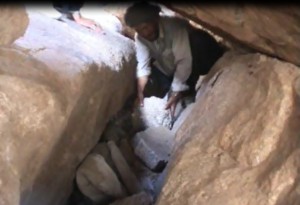 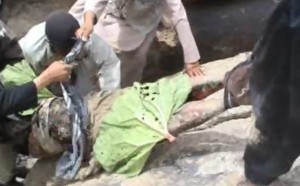 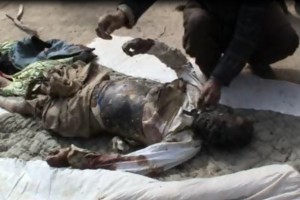 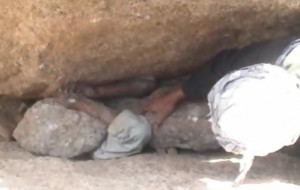 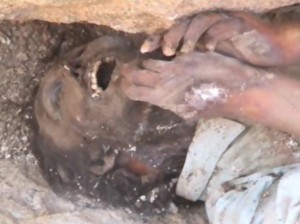 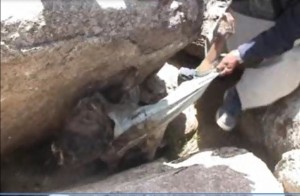