You are at:Home»Human Rights»Erroneous views on Afghanistan and the Hazaras by Pakistani writer 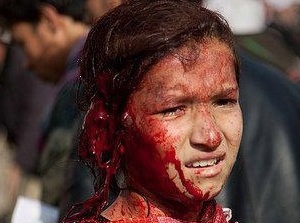 Erroneous views on Afghanistan and the Hazaras by Pakistani writer

Hazara International Network: Pakistani journalist Ahmad Rashid has recently published an article on Afghanistan titled “Afghanistan: A New Sectarian War?”on a literary website based in the United States, nybooks.com.
Hazara International Network believes that the author of this article is not only ignorant about basic facts and information about Afghanistan in general but also about Hazaras in particular, the country’s oldest ethnic group.

Firstly there has been no real national census undertaken; so how does Mr. Rashid say Shias are 10-15 percent of the population?

He claims that Afghan Shias make up of the country’s three million Hazaras – an ethnic group descended from Genghis Khan and the Mongols who are concentrated in the Hazarajat, the highlands region of central Afghanistan. These numbers are completely erroneous when there has been not one national census to date as the Afghan (Pashtun) government of Afghanistan has no intention of clarifying the real figures of various ethnic groups. Rather, it appears that the Afghan government wants to continue the myth that the Pashtuns are the majority to retain absolute power . 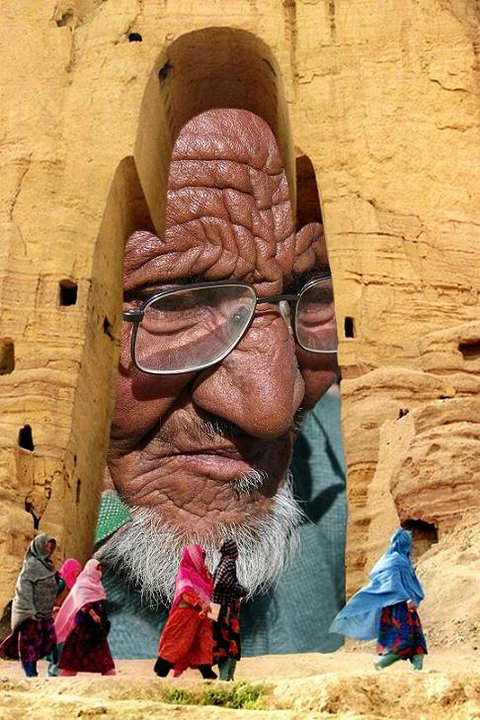 An art work by Najibullah Mosafer

Thirdly, Hazaras are not Afghan. We do respect all ethnic groups in Afghanistan. But we the Hazaras have our own culture and history. Afghan or Pashtun is another ethnic group currently living in south and east Afghanistan and a part of Pakistan.

Hazara people are Turkic people and descendants of the Kushans. There are also Mongol influences in less than ten percent of Hazaras. Hazara People are living in Afghanistan, Iran, Pakistan, India and central Asian countries like Turkmenistan and Kazakhstan. Millions of Hazara people were and are forced to leave their homeland, the country we call Afghanistan now.

It is significant to note that the Iranian government is a player in this situation . Just inside Iran, the Turkic peoples who make up more than 50% of the population are not allow to educate themselves in their native language. Most of refugees and asylum seekers in Iran are Hazaras but they suffer systematic discrimination. Iran has always supported anti-Hazara groups such as Harakat Islami belong to pro-Iranian Mullah Asif Mohseni and Ahmad Shah Masud, the leader of the Northern Alliance who was killed in 2001. Asif Mohsini is currently enjoying the Iranian government’s hospitality right now.

Yet author Rashid asserts, “As part of its anti-American policy, Iran also backs several Taliban groups that operate in western Afghanistan and has used its influence to warn the Taliban not to touch the country’s Shia minority.” This is totally wrong. Taliban have blocked the roads for Hazaras in Southern Afghanistan. They rob Hazaras and kill them. Hazaras are also facing the fully armed Kuchi Pashtun nomads’ attacks every year. More than three thousand Hazara families are forced to flee every year. Hazaras are suffering the systematic discrimination of Hamid Karzai’s tribal mafia regime. A good example of this is less than two percent of the national budget of Afghanistan for Hazara populated areas like Bamian and Daikoundi.

Furthermore, massacres of Hazaras or rather”genocide of Hazaras” did not commence during the Taliban regime. Hazara people have long faced violence in Afghanistan, suffering genocide, slavery, and forced displacement under a series of Afghan governments including the Taliban and Karzai’s current regime.
Or further into history there are reports from 1893 when more than 60% of the Hazaras were killed just in 5-10 years. This was reported in Australian newspapers at the time:

Back to contemporary times. The recent attack on Hazara people in Kabul is not only a attack on Shias. They main reason of the attack is ethnic cleansing. That attack is strongly connected to genocide of Hazaras in Pakistan. We believe terrorist groups such as LG, Taliban, Al-Qaeda and Pakistan, Iran and Saudi Arabian security forces have a hand in genocide of the Hazaras.

Perhaps Mr. Rashid should be reminded of the second article of the UN Convention on the Prevention and Punishment of the Crime of Genocide:

In the present Convention, genocide means any of the following acts committed with intent to destroy, in whole or in part, a national, ethnical, racial or religious group, as such:
(a) Killing members of the group;
(b) Causing serious bodily or mental harm to members of the group;
(c) Deliberately inflicting on the group conditions of life calculated to bring about its physical destruction in whole or in part;
(d) Imposing measures intended to prevent births within the group;
(e) Forcibly transferring children of the group to another group.

Clearly, Ahmad Rashid’s views on the region are blinkered and misinformed. Hopefully readers can look elsewhere for facts on Hazaras even if that means sourcing google for better information.