You are at:Home»Refugees»Europe»Resolution of protests Afghanistan Turks, social and cultural programs of Hazara, Uzbek and Turkman ethnicities in Europe will be organized in Bonn Germany on the second Bonn conference 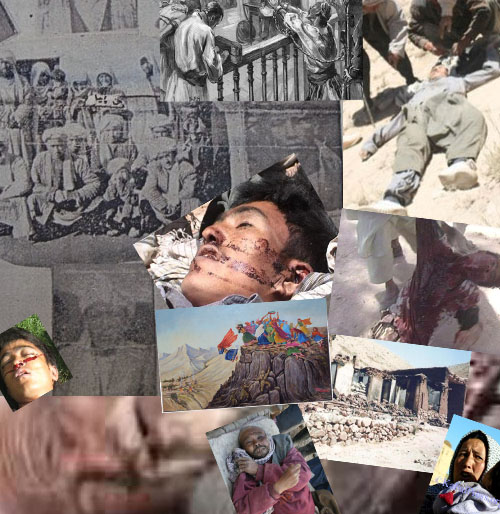 Resolution of protests Afghanistan Turks, social and cultural programs of Hazara, Uzbek and Turkman ethnicities in Europe will be organized in Bonn Germany on the second Bonn conference The inequalities in the diverse ethnic context of Afghanistan is one of the main internal issues in the ruined country which has been in the hands of those who have been foreign dependent, despite the lack of attention at the international and national level, the ruling and those pro uni-ethnic dominance have tried to make it appear that the issue is not importance; however, the inequality and injustice has been a reality and has its roots in the society. One of the ways to solve conflict in the country is to seek a just and democratic solution.
The injustices have affected every aspect of people’s lives: social, economic, cultural, ethnic, linguistic, and political. Not only that, but the injustices have been one of the reasons for conflicts and the political puzzle in the country.

The ruling oppressors have always attempted to exclude the oppressed ethnic groups from the political and social scene and turn the country to serve the political, cultural and social purposes of one group. However, the oppressed groups considering the history in every possible way with patience and sacrifice resisted the inauspicious injustices that led to conflicts in the country.
Despite the fact that the oppressed ethnic groups have attempted throughout history to raise their voices and tried for the solution of the historical injustices, they wanted social justice and never had the mentality of overriding or supremacy.
However, facilitators of tribal cruelty and the fascist systems in each period with maneuver and new traps have made the legitimate desire of the people be defeated for the sake of seeking supremacy.
The tragic experiences of the twentieth, the twenty first century and the past decades have shown that the issue of social injustices have deep roots and the facilitator of these injustices and cruelty are very brutal and they continue their oppressions and the ethnic inequalities. They turn every change for the benefits of tribal and ethnic autarchy and divert the realities through cabals in the national and international arena.
As this was done according to plans and policies designed in advance with the support of the neighboring countries intelligence and the involved powers in Afghanistan in the first Bonn Conference which was held after collapse of the fascist and extremist Taliban’s rule by the forces belonging to oppressed groups with the support of international forces, the power was returned to the ruling defeated tribes.

Currently in the second Bonn Conference, there is an attempt to reintegrate the terrorists, fundamentalists, and the fascists Taliban who have committed inhumane crimes far from imagination against the people of Afghanistan and the international community. Therefore, the way for establishing a just and democratic political system in which social justice, civil rights of all the citizens without any discrimination will get closed forever.
1. Afghanistan Turks including the Uzbek, Turkman and Hazara with having a common perspective protest against any imprudence action and the fascist maneuver of the tribalism elements in the current context of Afghanistan and calls on the political and cultural groups of the people of Afghanistan and the supporters of peace and democracy to know the bitter realities in regards to finding solutions to Afghanistan conflict that cause calamities in Afghanistan is the lack of social justice and lack of acceptance of the realities of the society.
Therefore, the Turks of Afghanistan proclaim that without paying attention to the realities of the society, any solution to Afghanistan problems will fail. The failure in the past has also been because of denial of the realities of the society.
1. Afghanistan is a multi ethnic country in which no one single ethnic group makes the absolute majority of fifty plus one. Therefore, appointing Ashraf Ghani Ahmadzai, Hanif Atmar, Ali Ahmad Jalali, Ahadi and other in Second Bonn Conference working committee, without representation of the minority ethnic groups is a political deception and it is not compatible to the current ethnic structure of Afghanistan. The international community should not be beguiled by the ruling tribalism team of Kabul to save Afghanistan from a bigger catastrophe.
2. Political dominance of power by tribal affiliation throughout the history of Afghanistan has never been in a accordance to the absolute majority will of Afghan people
3. The continuation of forced tribal rule on the citizens of Afghanistan with the support of outsiders has been the root causes of conflict, ignorance, poverty, discrimination, and backwardness
4. Taking the lands and pasture of other ethnic groups by force has been a inauspicious phenomenon that tribal rulers throughout their rule have persuaded their tribes to loot others
5. History shows that the in every form of government system, monarchy, republic, democratic right or left and the Taliban emirates have only thought about protecting the tribal rule and making of exclusive political, economic and cultural privileges to only the tribes belonging to them and never considered all the people of Afghanistan as citizens who equal rights and the thought about their progress have been completely missing.

6. Cabal has been one of the main tools of the tribal rule. This tool has been used against the insiders and outsiders
7. Taliban and their criminal supporters are the most wild and heartless murderers and the destroyers of human civilizations by using religion as means have targeted the values and norms of humanity. The greatest example is the destruction of Buddah statues in Bamian . With destruction of the Buddah statures; they have destroyed the the human civilizations. They have destroyed the 5,000 histories and identity of Hazara society.
8. Taliban and their tribal supporters in the government of Afghanistan have been the worst enemies of freedom, justice in regards to the women, half of the society, and who do not consider women as human beings.
9. The actions of current Afghan government with the leadership of Karzai and the team of Afghan Milat, Islamic party and the Taliban with neckties do not have any difference with the demands and action of the terrorist Taliban only their tactics vary. Otherwise both are push for exclusive tribal power dominance.
10. After fall of Taliban, in Afghanistan with the facilitation of tribal chauvinists and support of neighboring and other countries intelligence in particular Pakistan’s intelligence services (ISI) and British Intelligence Services, an Islamic republic was established with the characteristics of a centralized government, which by no means was compatible with the needs of a multi ethnic structure of Afghanistan society, and only was the success of a cabal for exclusive power. Consequently it has become a headache for Afghanistan people and the international community.
11. Establishing a decentralized federal system of government is the only way to solve the issue of ethnic and national inequalities in Afghanistan society. Otherwise the injustices and inequalities will continue indefinitely
12. Taliban and their supporters are war criminals who are responsible for the bloodshed of thousands of innocent people. Therefore, instead of integrating them to the government, they should be trialed and punished. One of the most apparent examples of it is the way they have martyred Abdullah Ali Mazari without considering any human dignity. Mazari was a unique leader who wanted national unity and a federal government system and will remain one of the indelible figures among the Turk community of Afghanistan. In addition Taliban massacred eighteen thousand Hazara people in Mazar-e-Sharif who were punished for being Hazara in one day and the Taliban continue the systematic killing of exiled Hazaras in Kuwita Pakistan in last years.
13. We condemn with the support of international community and the justice groups and call for criminal Taliban and the criminal kuchis not to attack the lands, not to loot the property and not to kill Hazaras and other ethnic groups annually in Hazarajat and northern part of Afghanistan.

14. Education and training in mother tongue in accordance to the universal declaration of Human Rights and balanced promotion of every ethnic culture and their access to history and their real attributes have been violated systematically in Afghanistan in the past.
15. Separation of religion from government and a secular system of government is the only way to prevent religious discrimination and is compatible to needs of the country and the paths towards democracy.
16. Afghanistan government should be the representative of all Afghan people not only a section of Abdali tribes of Kandahar and a team of Afghan Milats; therefore, exclusive representation without representation from elected representatives of other tribes in Bonn Conference will be illegitimate.
17. Clarification of the Afghanistan geography with legal standards with finding a permanent solution to Durrand Line and addressing the interference of Pakistan and other neighboring countries.
Afghanistan Turk communities that deals with cultural and social activities of Hazara, Uzbek and Turkman want the organizers of Bonn Conference hear their voice and protest and call that the root causes of all instability and crisis in Afghanistan is due to existence of social injustices and national oppression because of a lack of just political system in the country. Afghanistan needs a government system that should respond to the call of justice, realities of the country and prevention of violation of people’s rights and refraining from unjust politics towards the oppressed ethnic groups. As long as this chronic dilemma is not resolved in Afghanistan, there will not be peace in the country and the decisions of
Second Bonn Conference similar to the first one will not bring peace and security in the country as the First Bonn Conference could not do it.
Protests Preparation committee Turks of Afghanistan in Europe Second Bonn Conference