You are at:Home»Refugees»Australia»Quetta Hazara killings – and an Australian Poster 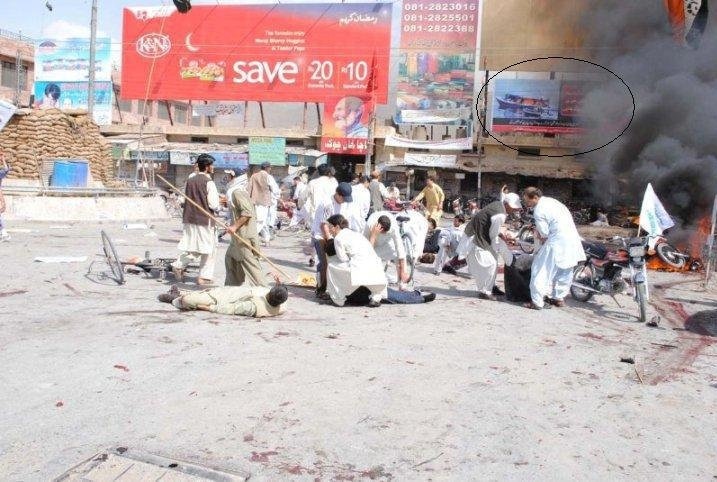 For Hazaras, it’s bad enough being stuck in Quetta, Pakistan, when staying home in Afghanistan is too dangerous while the Taliban targets your family or village, or when you’re becoming at risk of becoming trapped in the crossfire of the Afghanistan war against the Taliban.
Things get worse if you then get targeted in Quetta. Recent – and reported – examples provide evidence of a sharp increase in targeted killings of Hazara in Quetta: a recent attack saw dozens of Hazaras killed in one such attack. Many Hazaras are now fleeing to Peshawar.
Below are three recent photos of one such incident in Quetta. As people are cleaning up the bodies, they do so against the backdrop of an Australian Government poster, depicting “a leaky boat” and warning people not to try to come to Australia in “the illegal way” (poster is circled in images).
The images are from the attack at a Shia Muslim rally at Meezan Chowk in Quetta on September 3, 2011 that killed 42 and injured 80 people.
Australia’s callousness is made larger when you realise that you won’t get anywhere with the Australian Embassy in Pakistan or Afghanistan, that UNHCR is underresourced, overworked and often inadequate, if not inappropriate. With dozens of Australian compliance officers at international airports tasked to stop anyone from boarding who intends to apply for asylum “in the legal way”, we have any “loopholes” firmly closed. 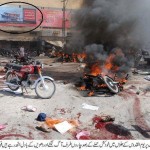 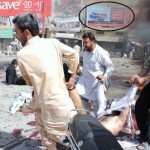