You are at:Home»Refugees»Pakistan and the rest of Asia Pacific»Sectarian violence: Hazara victims remembered at Liberty vigil 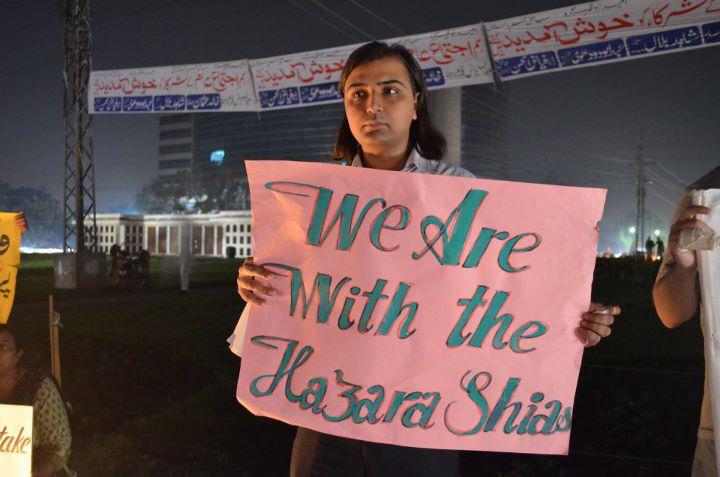 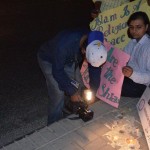 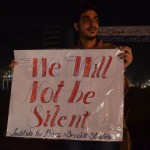 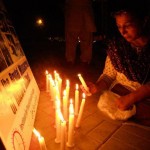 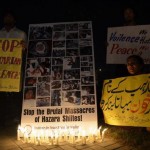 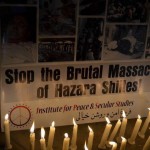 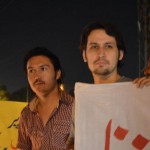 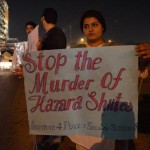 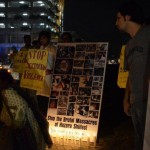 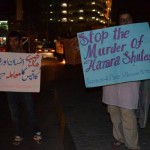 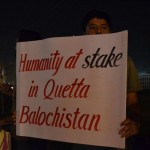 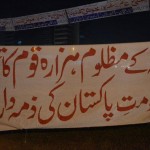 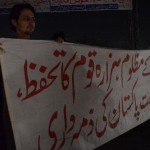 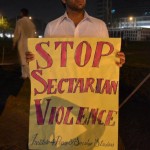 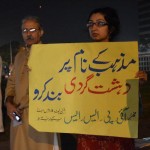 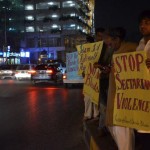 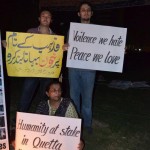 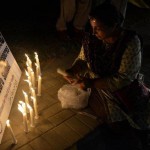 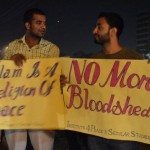 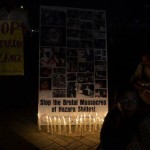 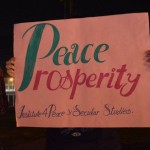 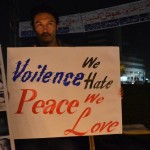 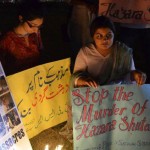 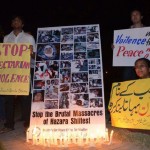 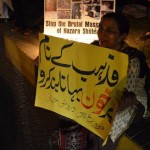 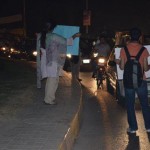 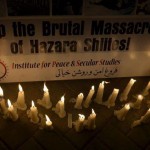 Photo source
Story source
LAHORE: Students of the University of Engineering and Technology and the National College of Arts staged a small vigil at Liberty Roundabout last night in memory of Hazaras killed recently in sectarian attacks in Quetta.

The vigil was organised by Saeeda Diep, chairwoman of the Institute for Peace and Secular Studies, through social networking site Facebook. Though over 300 people on a Facebook page for the vigil said they would attend, only about 25 showed up.

Diep said that sectarian violence had now become so common in Pakistan that it did not register with the public, even civil society. She said that the Institute of Peace and Secular Studies would continue arranging protests against incidents of violence against minorities until all government authorities committed themselves to rooting out the elements behind sectarian violence.

“We need to take violence against minorities, particularly the Hazaras in Quetta, very seriously and pressure the government to address it,” she said.

Seven people of Hazara origin enrolled in colleges in Lahore also attended the vigil. Karrar Hassan, who has lived in Lahore for 12 years now, showed up with his son and wife.

“I am here and probably safe, but I worry about my parents and my siblings back in Quetta,” said Hassan, who earlier this week attended a protest on the same subject at the Lahore Press Club.

“We are here to give a message for the youth. They are the future and have to realise that Pakistan cannot grow in the right direction unless the minorities of the country are treated equally,” he said.