You are at:Home»Refugees»Pakistan and the rest of Asia Pacific»Hazara’s killings: HRCP urges Zardari & Gillani to step in 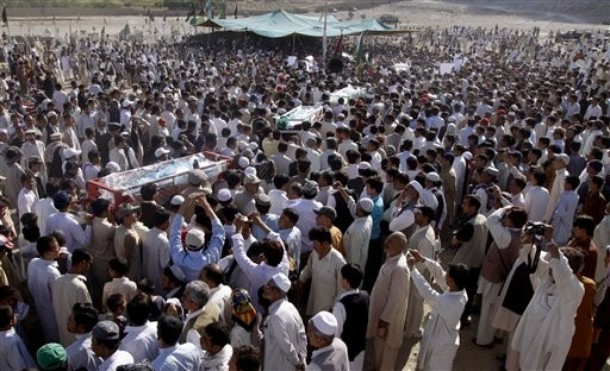 The HRCP has called upon President Zardari and Prime Minister Gillani to take immediate, direct and personal initiative to prevent the killing of members of the Hazara.

Lahore, October 05: The Human Rights Commission of Pakistan (HRCP) has called upon President Zardari and Prime Minister Gillani to take immediate, direct and personal initiative to prevent the killing of members of the Hazara community in Quetta and ensure action against all those who have failed to protect citizens’ lives.

After emphasizing the most heinous nature of the recent wave of Hazaras’ killing in her communication to the President and the Prime Minister, HRCP chairperson Zohra Yusuf has said:

“These killings must cause your government serious anxiety for a number of reasons. First, these killings and the failure of the administration to stem the odious tide or to apprehend the culprits reveal a state of lawlessness no civilised government can countenance. That this is happening in a city swarming with Rangers and Frontier Constabulary personnel can only be attributed to the federal authority’s failure to exercise due control.

“Secondly, the fact that victims are members of a religious sect that is in a minority is causing alarm. Failure to protect the lives and property and basic freedoms of the Hazara people will have serious law and order implications across the country and make Pakistan a pariah in the comity of nations.

“Finally, whatever their faith and calling the Hazaras are as honourable citizens of Pakistan as anyone else and the protection of their lives and liberty is a duty for which you will be held accountable.

“On behalf of the Human Rights Commission of Pakistan I therefore call upon you to personally intervene in the situation, take all necessary steps to protect the lives and all other rights of the Hazaras, including issuance of appropriate directives / requests to the Balochistan government and the security agencies concerned. All those who have failed to fulfil their duty to protect the people’s lives in Balochistan have forfeited their right to hold their positions and all of them should be made to pay for their incompetence and insensitively to the killing of innocent citizens and the sufferings of their families.”