You are at:Home»Refugees»Australia»Customs under pressure over missing boat 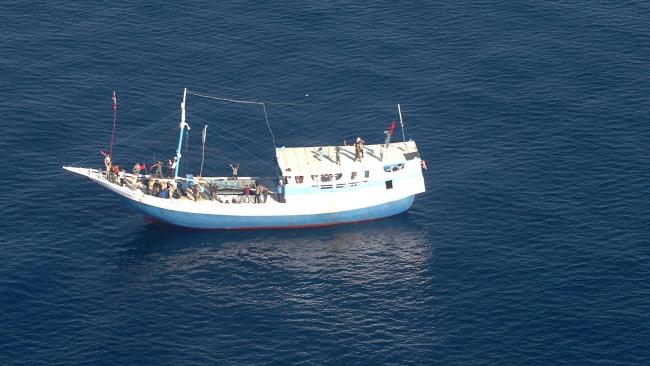 Customs under pressure over missing boat THE Customs and Border Protection Agency is under pressure to reveal all it knows about a missing asylum seeker boat carrying 105 Hazaras from Afghanistan after being accused of giving contradictory evidence to Federal Parliament.
The head of Customs, Michael Carmody, told a Senate estimates committee last year that ”we did not have a precise location” for the boat, which went missing in October 2009.
But in an answer to a question on notice this month, the agency revealed that the co-ordinates of the boat had been passed to the Australian Maritime Safety Authority.

In his comments to Senate estimates, Mr Carmody had also said: ”Perhaps this is more appropriate for the Department of Immigration and Citizenship, but there were further approaches from people requesting that we do something about this vessel and the people on it.”
Customs has told The Sun-Herald that it would not reveal how it knew the boat was in distress for ”operational” and ”intelligence” reasons.
The opposition spokesman for justice and customs, Michael Keenan, has sent a letter to the Minister for Home Affairs, Brendan O’Connor, calling for the government to clarify the incident.
”It is hugely distressing to relatives of people they believe may have lost their lives to be faced with contradictory statements in the media and then to the Parliament about what the government knows,” he said.
An Afghan community spokesman, Hassan Ghulam, who has acted for relatives of the missing, has said the last calls received from passengers on the boat were that they could see what they thought were Australian forces coming to help them.
Last week The Sun-Herald revealed that Customs was told in October 2009 the boat was in distress and its likely co-ordinates passed to the Indonesian Search and Rescue Agency because the boat was believed to be in Indonesian waters.
But it has never been found, and those on board have not been heard from since, despite Mr O’Connor having later said that ”subsequent credible information” showed its difficulties had been resolved.