You are at:Home»Refugees»Children remain challenge in Malaysia plan 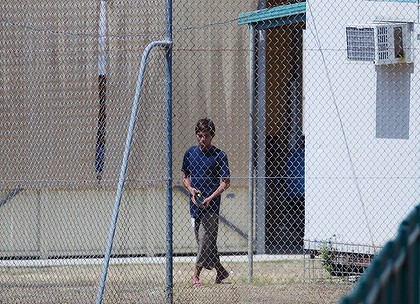 ANY MOVE to make it easier to deport lone asylum-seeker children will be open to challenge, and controversial.
An Australian National University legal expert, Donald Rothwell, said there were common law obligations that applied to children, as well as obligations stemming from the United Nations Convention on the Rights of the Child.
Changes to the Immigration (Guardianship of Children) Act were being made in a ”judicial vacuum” because the High Court provided little guidance in the part of its ruling on the government’s Malaysia plan that dealt with unaccompanied children, he said.

”I find it very difficult to see how this could be fire-proofed from challenge before the courts,” he said.
The government says that if the High Court ruling stands, it will be difficult to remove any unaccompanied children from Australia, including those who fail the refugee test, and people smugglers will fill boats with children.
The Immigration Minister, Chris Bowen, said the issue was ”very emotional and difficult”.
”The overriding obligation is to stop unaccompanied minors risking their lives on that dangerous boat journey to Australia … to say to parents, ‘Do not risk the lives of your children to get the prospect of a visa in Australia’,” Mr Bowen said.
There are 278 unaccompanied minors in immigration detention, mostly Afghan boys. No unaccompanied minors have been deported since Labor took office in 2007. A number of Afghan Hazara teenagers have failed to gain refugee status, and have cases before the Federal Court.
Amnesty spokesman Graham Thom said: “The government is trying to water down human rights protections for some of the world’s most vulnerable people, including children.”
The Australian Human Rights Commission president, Catherine Branson, said Australia had to respect the Convention on the Rights of the Child and ”we should not be amending our laws in ways that undermine [that]obligation”.