You are at:Home»Refugees»Pakistan and the rest of Asia Pacific»STRANDED IN KUPANG 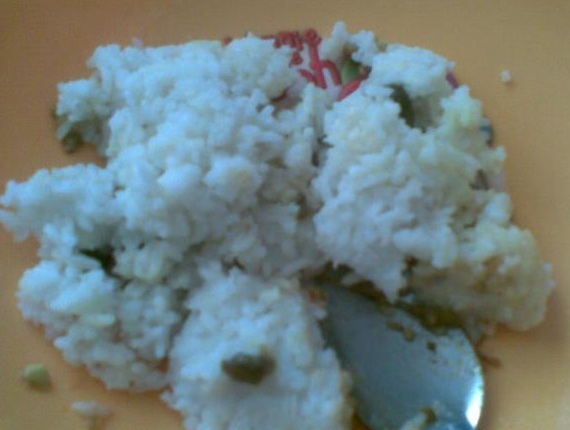 If you are an Australian tourist en route to Bali for holidays or business, spare a thought next time you fly over Kupang, just an hour out of Darwin, for the Hazara asylum seekers locked up courtesy of the Indonesian police and dining on tainted white rice laced with dirt, ants and other insects. No happy hour there, just warm water that is murky and unboiled, sitting idle in plastic bottles in the heat.
No fans, no mattresses and guards that threaten to beat detainees for trivial matters like trying to ring home on a mobile phone. Rooms so cramped that the detainees cannot stretch out their legs and so take it in turns to sleep outside in the day in the dust and heat. Travel warnings on Australian government information sites list a raft of tropical diseases that if left untreated, can result in death or at least long term organ damage; Malaria, Typhoid, Rabies, Polio, Dengue fever and Hepatitus. This is the situation for 85 Hazara refugees trapped in the Kupang detention centre .
After being intercepted by Indonesian police some nine months ago while out at sea trying to reach Ashmore Reef, Australia’s uninhabited farthest island they were escorted back to shore to the local detention centre where they are stranded in a no-mans land with few options left. Escape and try to board another boat to Australia or wait for UNHCR to take up their case. A trip to Jakarta to be assessed for refugee status is unfeasible. Unless they dig a tunnel like others have done before and disappear into the jungle. Many of the group are from Jaghori in Ghazni province.
Like others from that region their children cannot attend school, their vehicles are either stolen or blown up by the Taliban and the entire region is surrounded by Taliban military posts. With their families sent to Quetta in Pakistan the long journey to freedom is interrupted by incredible, intolerable abuses of human rights in a country they know little about. 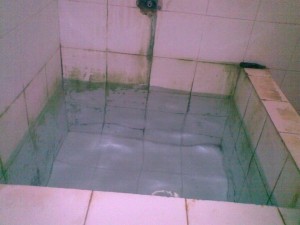 East Nusa Tenggara, or West Timor, is the most easterly tip of the sprawling archipelago and the centre of the people smuggling trade. Darwin’s main detention centre houses the smugglers caught by Australian border security; poor, illiterate fishermen who get a small cut of the smuggler’s money to bring asylum seekers on their tiny boats. While their forebears, the Macassans, traded trepang and wives with aboriginal tribes around Darwin hundreds of years ago, these days the journey is truncated by arrest and detention.

Rumah Detensi Imigrasi Kupang as it is known, boasts its own Facebook page with snappily uniformed and medalled officers; last year several asylum seekers escaped and commandeered a boat themselves to Christmas Island. Like all Indonesian prisons, bribing the guards is an option but confiscation of property is commonplace. The Hazaras have little to barter with and are desperate to keep their mobile phones to keep in contact with their families. “Please help me get out before I die” was one message I received late one night here in Darwin. It is difficult to know how to help, if at all. Day by day the detainees are developing gastro problems and other conditions due to lack of food and poor sanitation. 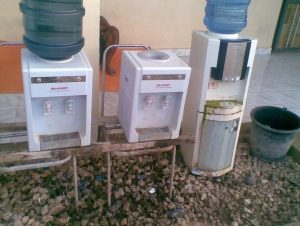 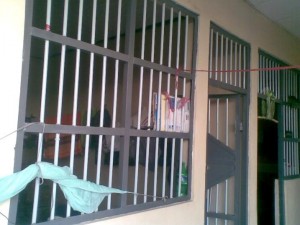 Several detainees at Darwin’s immigration detention centres have been there too. Hazara Dunia Ali says he was there for eleven months. “Cruel and terrible” is how he describes it. “I saw lizards legs one day in the food” Many arrive in Darwin with malnutrition, tropical viruses and visible skin diseases.

Indonesia is a country where there simply is no asylum seeker policy at a federal level and like Malaysia, no signatory status to the UN Convention on refugees. It is ludicrous for the Australian government to suggest that a regional solution to processing refugees is possible. Previous PM Kevin Rudd claimed to be working “in tandem with Indonesia” but the deafening silence on a few matters of the past, namely the pending International Tribunal on War Crimes in East Timor, has made talks on refugees not on the table at all. Coincidently, there are a number of war criminals from the Suharto regime in West Timor where the police and miltary commander Colnel Dewa Siangan control border security for the region. Three of Siangan’s officers beat up a Catholic priest last year, Father Romo Bento Nino. Such is the division’s track record on human rights.

One of Darwin’s “sister cities”, Kupang in West Timor in Indonesia gets very little of the lucrative 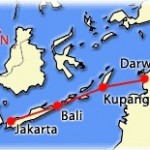 backpacker Euro these days. With all flights now direct to Bali there’s just no need to be curious about the once exotic Dutch East Indies outpost, unless you are a fan of the Mutiny on the Bounty legend. Captain Bligh navigated his ship with only a sextant and pocket watch, landing there in 1789.

These days, post East Timor independence, Kupang is pretty much run by the remnants of the dreaded Battalion 743, the TNI unit that was the base for counterinsurgency secret police against the East Timorese resistance until 1999. Radios blared anti-Fretilin propaganda across the then Timur-Timur.
Kupang Air Base was the launching pad for Black Hawk helicopters on raids into the East that saw hundreds of thousands die under the Indonesian occupation.
Then in 1999, some 200,000 East Timorese were forcibly removed to camps in Kupang and its surrounding rural areas, many raped, many starved or died from poor sanitation.
Since February 2009 the Indonesian government has denied access to the International Red Cross to monitor prisons and detention centres. In March 2011, ICRC signed a memorandum of understanding with the government whereby “It seeks to visit detainees in Indonesia”, in other words it has no arrangement.
The UNHCR itself has also whitewashed the facts, with feelgood stories of Afghan minors at their centre in Jakarta seemingly on a “Slumdog Millionaire”

Eternally smiling, 16-year-old Ghulam Reza exudes confidence as he dashes from his early-morning job at a bakery to deliver the fresh bread and then pay a friendly call on an elderly man he’s adopted as his surrogate grandfather.

So goes the hype on the feature story on the UNHCR Jakarta site.

UNHCR continues to be the primary provider of protection and assistance to refugees and asylum-seekers, undertaking responsibility for registration, RSD and the search for durable solutions. UNHCR will continue assisting the Government in preparing for its planned accession to the 1951 Refugee Convention and its 1967 Protocol. Efforts to build national capacity will be advanced by a programme of country-wide training sessions.

One of the largest “democracies” funded by the US government, it is hard to believe
such fiction passes as a mission statement. Yet Australia is still caught up in the politics of appeasement and Yellow Peril fantasies. When West Papuans tried to sail to Queensland a few months back, Australian Immigration officials burnt their canoes as a so called deterrent. Yet West Papuans, like the Hazaras in Afganistan, are both persecuted by Islamic regimes funded heavily in miltary resources by the United States. Both groups suffer from unofficial genocidal policies : murder, persecution, torture, removal from their land. That there is nowhere to run or hide is an indictment on Australia’s complicity in human rights abuses so close to home.

Vikki Riley is a freelance writer based in Darwin Australia