You are at:Home»Refugees»Australia»UNSAFE HAVEN: HAZARAS IN AFGHANISTAN 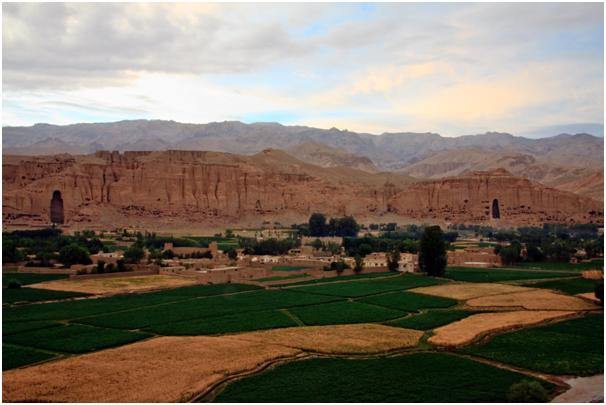 UTS Tower Foyer, Level 4, 15 Broadway, NSW
5 September 2011 – 7 October 2011
In January 2011 the Australian and Afghan Governments signed an agreement allowing the forced repatriation of Afghan refugees ‘judged not to be in need of international protection’. Forty-nine refugees from the Afghan Hazara minority have now had their refugee status rejected and may be forcibly deported; among them a 15-year old boy. A further 2,400 Afghan refugees are in detention awaiting final determination of their refugee status. In addition, refugees arriving in Australia after 25 July face the possibility of deportation to Malaysia.
Most of the Afghans seeking refuge in Australia are from the minority Hazara people. The Australian government insists many Hazaras are not in need of protection, and can be forced to return. But what is life like for Hazaras in Afghanistan – is it a safe haven?
This exhibition presents photographic evidence from Hazara communities in Afghanistan. It documents the daily life and continuing persecution of this minority people, in violation of human rights standards. The photographs were taken by University of Technology, Sydney (UTS) graduate, Abdul Karim Hekmat.
Hekmat is youth worker and freelance writer based in Sydney. He is a Hazara refugee from Afghanistan and studied under a UTS Temporary Protection Visa scholarship. He graduated with an honours degree in communications and social inquiry in 2008. His honours thesis discussed the Hazara diaspora, and he has since published numerous articles about refugees and Hazaras, including in The Australian, The Age, National Times and the Drum. In 2010 he spent three months in the regions of Hazarajat, interviewing local people and Hazara leaders.
This exhibition is hosted by the Cosmopolitan Civil Societies Research Centre at UTS and supported by the Refugee Council of Australia, Amnesty International Australia, and Sydney Peace Foundation. Associate Professor James Goodman, Co-Director of the Cosmopolitan Civil Societies Research Centre, said:
‘We know, through UN updates, that the security situation is deteriorating in Afghanistan. The June Report to the Secretary General gives us the bald figures, documenting a fifty percent rise in the number of security incidents, with civilian deaths rising by a fifth (to 1090), as compared with the same three-month period last year.
But this exhibition takes us beyond the casualty-count, and adds something new. It offers a profound insight into both the humanity and the personal suffering of the Afghan people. As an emotive experience, it immerses us in the world of a people living in danger, with an insistent dignity. As a call to action it provokes us to demand that the Australian Government must immediately tear-up its Afghan deportation order, and instead fulfill its obligations to protect people fleeing persecution.’ THE HOLLOW SPACES OF BUDDHA
Chiselled into sun-bleached rock cliffs, the empty Buddha niches overlook the green valley. The giant Buddha statues, towering up to 55 and 35 metres and carved out of steep cliffs between the fifth and sixth century, were dynamited by the Taliban in 2001 because they were considered un-Islamic. The town, Bamiyan, is the centre of Hazaristan, home to over 600,000 Hazara Shiite people.
Cointinue reading on http://cosmopolitancivilsocieties.com