You are at:Home»Refugees»Pakistan and the rest of Asia Pacific»Quetta firing incidents spark shutter down strike, angry protests 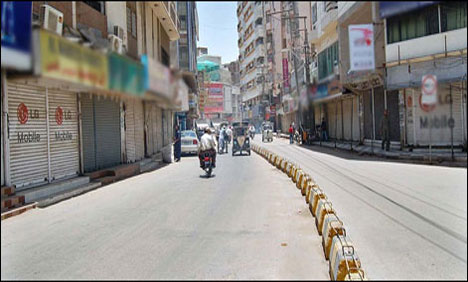 QUETTA: Complete shutter down strike is being observed in the provincial capital city against the last two days of target killing incidents on the call of the Hazara Democratic Party here, Geo News reported.

The anguished and angry citizens protesting voiced slogans against the terrorists killing spree and the government’s utter failure to give protection to the life and security of the people. The police unfortunately instead of going after the culprits preferred taking six protesters under custody on the charges of forcing shops to shut down.

Amaldar Road, Barori, Hazara town, Murreeabad, Jinnnah Road, Sharea Iqbal, Liaquat Bazar and many other areas observing shutter down strike on the call of Hazara Democratic Party. The shops and business centres remain closed, while the traffic on the roads is also very thin

Police have made stringent security arrangements by deploying heavy contingents on the main roads, shopping centres and other vintage poits, while the FC trrops were patrolling around the city.

Police have taken six protesters under custody on the charges of forcing shops to shut down, but HDP leaders complained that the police in their attempt to make the strike unsuccessful arrested their scores of workers. Later, HDP activists torched tyres, voiced slogans against police highhandedness and staged demos at Meezan Chowk, Liaquat Bazar and Junction Chaowk