You are at:Home»Refugees»Australia»Mass hunger strike as protests spread to Scherger Dentention Centre 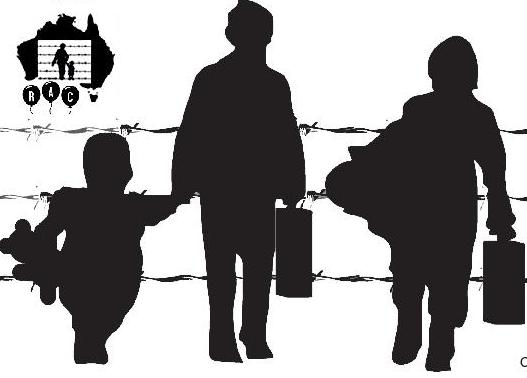 Many more people are expected to join the hunger strike as the day goes on.

Many of the Hazaras have been in detention for between18 and 22 months, and are waiting for Federal Magistrates Court judicial review of failed appeals.

Scherger is one of the least visited detention centres and has $24 million to run for the last six months. Mental health issues are rife with a majority of the asylum seekers on medication of some kind.

“Asylum seekers were shattered by the suicide of the 20 year old man in March this year,” said Ian Rintoul, spokesperson for the Refugee Action Coalition

“When the visa freeze was announced in April 2010, the government said it expected that more Afghan asylum seekers would be rejected. And that’s exactly what’s happened. Those rejection rates are based on straight out government interference and so-called “independent reviewers” doing the government’s bidding,” said Rintoul.

The problem of out-of-date information came to light recently in the case of a 15 year old Afghan boy whose reviewer quoted country information that his province, Ghazni, was safe; information that was disputed by Afghan expert Professor William Maley.

In other cases, reviewers are finding that they are genuine refugees but that it would be safe for them in Kabul.

“The hunger strike is highlighting the fundamental problem with the lack of transparency of off-shore processing. The government has got biased country information and biased reviewers,” said Ian Rintoul.

“Earlier this year, in Curtin detention centre, one reviewer had rejected 13 of 14 Hazara cases he had responsibility for. Those figures can’t be explained except by bias. There is a solid case for a open review into the decision making process that is rejecting so many Afghans, when all the country in formation is that the conditions of Hazaras are deteriorating in Afghanistan and Pakistan.”

‘There is no accountability and no transparency, yet these decision makers are making life and death decisions for the asylum seekers and their families.”