You are at:Home»Art»Prominent Hazara journalist, human rights activist and writer in International Poetry Festival of Medellín 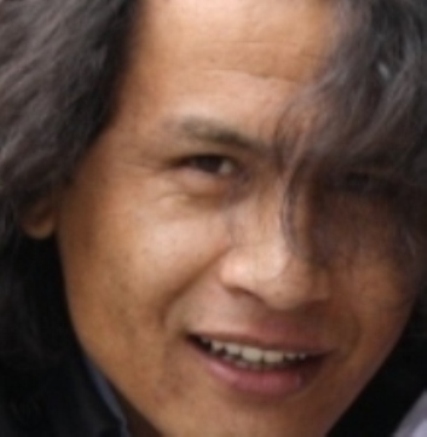 The 21º International Poetry Festival of Medellín: meeting of the antelope and the star
July 2nd to 9th, 2011


Kamran Mir Hazar was born in Afghanistan in 1976. He is a prominent Hazara journalist, human rights activist and writer who now lives with his wife and one-year-old daughter in Hønefoss, Norway, where he also works. He has set up two much-read websites: the news site www.kabulpress.org and the more literary-focused www.rahapen.org.
Alongside the writing of educational books and publications on politics and censorship, Mir Hazar is a politically committed poet. His poetry is influenced not only by his own Persian-language cultural tradition but also by Latin American writers such as the Mexican Juan Rulfo and the Colombian Garcia Marquez. He has had two poetry collections published: lahn-e tond-e asbi dar ezlâ’-e parvân-e sjodan (The Cry of a Mare about to become a Butterfly) in Stockholm in 2009, and before that, Ketâb-e mehr (The Book of Mehr). An anthology of his poems in Dutch translation will be launched at the Poetry International Festival.
Mir Hazar’s criticism of the general treatment of Afghan refugees meant that his first poetry collection was prevented from being published in 1995 by the Iranian censorship board. In 1999, he wrote an open letter to the UN, UNESCO and UNICEF in which he described the fate of numerous Afghan men, women and children, and which was signed by 330 Afghan and Iranian intellectuals. It was not warmly received by the regime. Mir Hazar’s most recent book, Censorship in Afghanistan, has recently been published by Norway’s IP Plans e-Books. It is the first book to explore the systematic suppression of free speech in Afghanistan, which has been a feature of its ruling authorities for hundreds of years.
In 2004, Mir Hazar returned to Afghanistan, where he set up a critical literary magazine. A few weeks later the publication was banned. He then became news editor and reporter of two Kabul radio stations, Kelid (Key) and Salâm Watandâr (Greetings Fellow Countryman!) His continued fight against Hamid Karzai’s increasingly repressive regime has been supported by the International Federation of Journalists (IFJ), Reporters sans Frontières and the Committee to Protect Journalists (CPJ). His clashes with the authorities have deeply affected Mir Hazar; he has compared the appalling conditions in the local prisons with Guantanamo and later described them in a series of five poems entitled Viroes-e nevesjtan (Writing Virus). After his release, Mir Hazar feared for his own safety and his journalistic projects and decided to leave his country for good. After travelling to India, and with the UNHCR’s intervention, he ended up in Norway.
He has won various awards for his work and critical reporting, including a Hellman/ Hammett grant from American Human Rights Watch in 2008.