You are at:Home»Human Rights»Discrimination»WHAT AN OPEN LETTER FROM A TERRORIST GROUP LOOKS LIKE 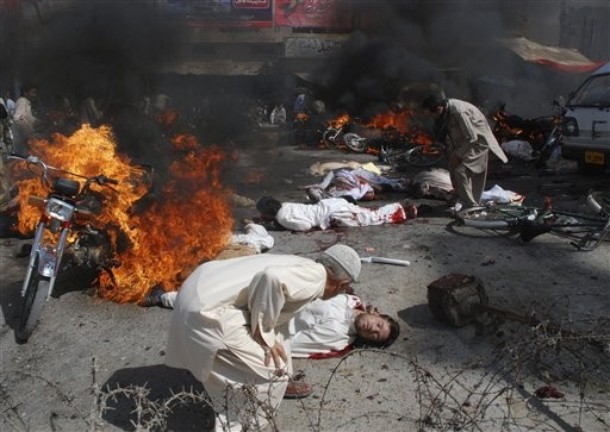 WHAT AN OPEN LETTER FROM A TERRORIST GROUP LOOKS LIKE

The banned Pakistani terror outfit Lashkar-e-Jhangvi has reportedly published an open letter addressed to the Hazara community in Quetta, Pakistan. The letter, reproduced and translated from Urdu below, is an example of the hate literature from sectarian groups that has been published from time to time in Quetta and other Pakistani cities. Coming in the wake of a string of attacks targeting Hazara political leaders, businessmen and ordinary people, this letter has caused significant alarm and concern among the people who see it as an ominous sign of things to come.
The letter makes reference to the May 6 attack on the Hazaras, the first terrorist attack in Pakistan thought to be avenging the killing of Osama bin Laden. In the early-morning incident, unidentified gunmen opened fire and launched at least three rockets at people visiting the graveyard and at people exercising nearby.

An off-shoot of the banned sectarian terrorist network Sipah-e-Sahaba, Lashkar-e-Jhangvi (LeJ) is primarily based in the Punjab province of Pakistan but has also been operating in Quetta for the last few years. Although it has been involved in the killings of dozens of civilians in Quetta, few arrests have been made and no convictions have resulted. 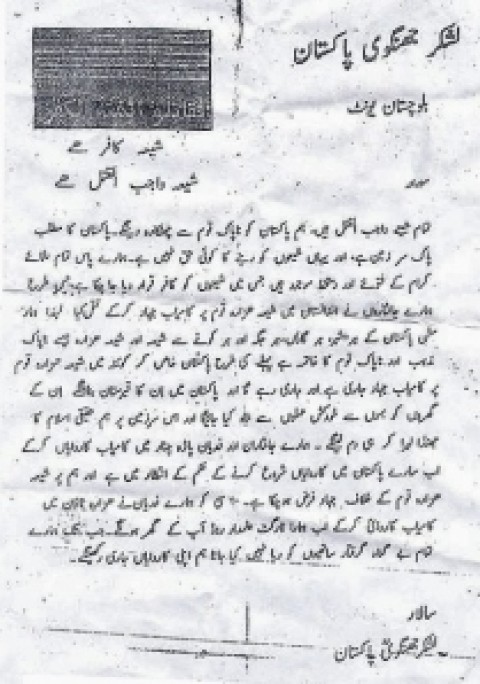 Text of the letter:

All Shias are wajib-ul-qatl (worthy of killing). We will rid Pakistan of [this]unclean people. Pakistan means land of the pure, and the Shias have no right to be here. We have the fatwa and signatures of the revered ulema in which the Shias have been declared kaafir [infidel]*. Just as our fighters have waged a successful jihad against the Shia-Hazaras in Afghanistan, our mission [in Pakistan]is the abolition of this impure sect and people, the Shias and the Shia-Hazaras, from every city, every village, every nook and corner of Pakistan. Like in the past, [our]successful Jihad against the Hazaras in Pakistan and, in particular, in Quetta is ongoing and will continue [in the future]. We will make Pakistan their graveyard — their houses will be destroyed by bombs and suicide bombers. We will only rest when we fly the flag of true Islam on this land. Our fighters and suicide bombers have [already]successfully operated in Parachinar**, and are awaiting orders to operate across Pakistan. Jihad against the Shia-Hazaras has now become our duty. Our suicide bombers have successfully operated in Hazara Town on May 6, and now our next target is your houses in Alamdar Road***. As long as our innocent friends aren’t freed [from incarceration], we will continue our operations.

* This is a reference to previous hate literature from similar religious outfits. The document at the end of this post is from the Sipah-e-Sahaba, and was found in a madrasa in Quetta. It is a summary collection of fatwas allegedly issued by various scholars declaring the Shias to be infidels.
** Parachinar has seen bloody sectarian wars between its Shia and Sunni populations. LeJ is claiming to have been part of it.
*** Hazara Town and Alamdar Road are the two Hazara enclaves in Quetta. LeJ is threatening attacks on Alamdar Road after the May 6 attack on Hazara Town. 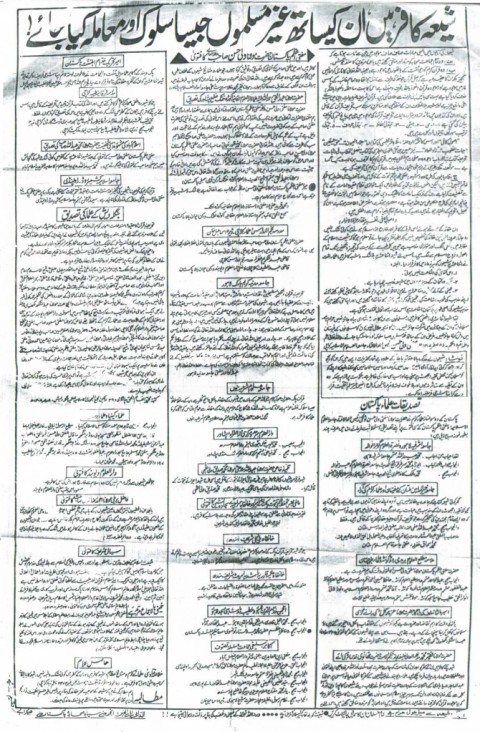