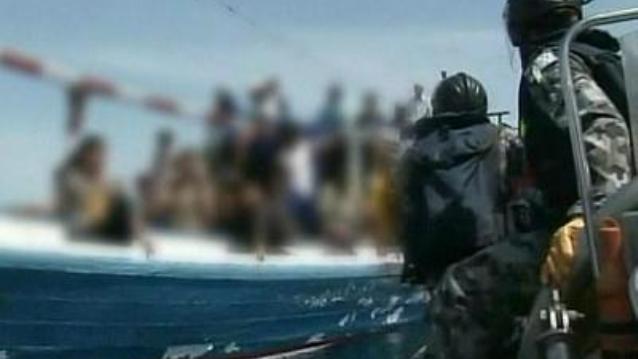 A senior United Nations official has called on Australia’s leaders to ditch their habit of demonising asylum seekers for political gain.

She voiced fresh concern about the federal government’s Malaysia refugee swap agreement and its plans to establish a processing centre in Papua New Guinea.

She said she was also ‘deeply troubled’ by the government’s plan to forcibly return failed Afghan asylum seekers back to their war-torn country.

‘I urge leaders of all Australia’s political parties to take a principled and courageous stand to break this ingrained political habit of demonising asylum seekers,’ she told reporters in Canberra on Wednesday.

As Immigration Minister Chris Bowen declared the Malaysia swap deal would be finalised in the ‘coming weeks’, Ms Pillay said she still believed it ran the risk of breaching international law.

Mr Bowen, Prime Minister Julia Gillard and Foreign Minister Kevin Rudd have all sought to reassure Ms Pillay that the agreement will protect the rights of up to 800 asylum seekers Australia wants to send to Malaysia under the deal.

But Ms Pillay said Australia must ensure there was no risk Malaysia would breach the principles of the Refugee Convention and Convention against Torture – neither of which it had ratified.

‘It’s not the agreement itself that is a violation of international law,’ she said.

‘But if checks and balances are not made there’s a huge risk of violations.’

Asked to explain the apparent conflict between her concern over the Malaysian plan and the UN High Commissioner for Refugees’ support for it, Ms Pillay said she took a ‘broader’ approach than her counterpart.

‘These are the people who have fled for their lives. I intend to watch the situation closely.’

Ms Pillay visited two detention centres during her visit and said she was struck by the ‘grim despondency’ of asylum seekers stuck in limbo for months.

Mr Bowen on Wednesday confirmed Australia was keen to pursue agreements similar to the Malaysian deal with other nations in the region.

But Indonesian Foreign Minister Marty Natalegawa has dismissed the possibility of his country entering into such an agreement.

Meanwhile, the Australian Greens have confirmed they will back opposition calls for a parliamentary inquiry into the nation’s detention centre network if its focus is tweaked.