You are at:Home»News»How fundamentalism is formed and nourished (Part One) 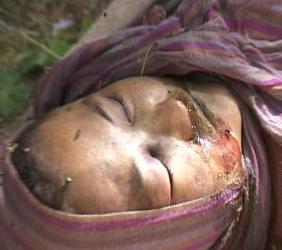 How fundamentalism is formed and nourished (Part One)

By Admin on May 20, 2011 0 Comments
Behsood: Hazara girl killed by Kuchi
Share this story The elimination of Osama Bin Laden has once more raised the question of how long the war on terror will continue in Afghanistan. The first reactions to his death by extremists was their retaliatory attacks on Hazaras in Quetta, Pakistan and then in Kandahar, Ghazni and Laghman in Afghanistan as a message to the Karzai government and its international allies.

At the same time, on the other side of the war against terror, continuous efforts are being made by the Karzai regime to shield and protect the Taliban from prosecution, the same Taliban forces who are affiliated with Al-Qaeeda and are still committing terrorist attacks in various regions of Afghanistan itself.

Afghanistan is a country where currently more than forty nations of the world are directly involved and remain without any real speculation about its future. Although recently a timeline was scheduled for the withdrawal of foreign troops these countries – Australia included- are unsure as to withdraw completely or to stay on in part for a longer period of assistance to Afghanistan. In this indefinite war, the situation is a crisis lacking intelligent rationale. The war as it was is still lacking vision without clear definitions as to an outcome and Afghanistan is still suffering uncertainty and insecurity; what happens in the future, nobody knows.

The main obstacle ahead of the progress in Afghanistan is the continued existence of tribalism and the increasing growth of an ideology we now call “Talibanism” among the people in the southern and eastern provinces of the country. An ideology which is still promoted by the central government led by Hamid Karzai and a group of his Pashtun colleagues and associates.

In these provinces the Pashtuns make up the majority of the population and the number of them in comparison to the population of the whole country is considerable.

In these regions the rate of illiteracy is extremely high among the population and in average each family has five to eight children. As a result of the appalling lack of literacy there people have never been capable of adopting educational programs regarding birth control and population growth and because of illiteracy the people are strongly dependent on tribal knowledge and superstitions. They believe controlling population growth is against their tribal and religious values.

This lack of education is not only limited to young girls and women but also extends to male children as well who rarely get chances to go to school and as a result a majority of the population remains illiterate, generation after generation.

As a result of this high illiteracy rate, religion and tribal traditions have combined and produced a new interpretation of the religion itself in that are new strict rules and regulations regarding religious observance and those who do not comply are considered infidels, atheists or heathens and is punishable by death.

This dangerous combination of tribalism and religion has also caused misinterpretation of many religious rules in moderate Islam and thus a new radical and fundamental way of thinking about social issues is born in the mentality of the majority of people in these provinces.

Hence the definition of God for the people in the southern and eastern provinces is very different to the concept of God in any existent holy books. The extremists and their leaders in the southern and eastern provinces consider murder, theft, sexual harassment and expolitation of children, the cultivation of opium and addiction to narcotics,“honour killings”of women and the smuggling of weapons to be sanctioned by God. 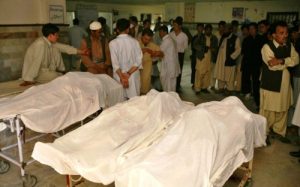 Target killing of Hazaras in Pakistan

Furthermore, the lack of industrial development due to high rates of illiteracy has caused poverty and thus impoverished people who dream of change have no way to realize their dreams of change except to imagine them as utopian fantasies. As they have been kept deprived of the very basic needs and the facilities for a civilised life, the only way to escape the harsh reality of their daily lives is to rely on illusions and dreams. That’s how the number of these impoversished newly misled fundamentalists grows day by day in the south and east of the country. They blow themselves up – as suicide bombers- in order to go to what they believe is paradise – heaven- striving for an “immortal” life full of happiness and luxury that they did not achieve in the material world.

Taking advantage of this phenomenon of illiteracy, the fundamentalists inject their dogma into the minds of these illiterate people, injecting their own definition of God and religion and as a result many victims of this brainwashing are formally trained to become fundamentalists. The civilians find sympathy with the Taliban and give shelter to them as a result of the high number of civilian casualties as a result of the violence in these regions.

Industrial progress has not reached these areas and the legal economy has not yet been developed , leaving these regions poor and dependent on livestock and agricultural products. In comparison the rate of the illegal economy shows an enormous growth in two different phases; once in the second half of 1990s (During theTaliban’s sovereignty) and then through 2000-2010. This illegal economy is based on growing and trafficking opium and weapons as well as human trafficking to the other side of the border. 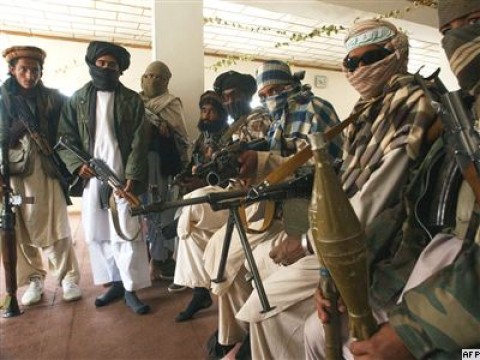 The looting and pillaging of property owned by other ethnic groups – such as the Hazara- is being perpetrated by the tribes of the southern and eastern provinces. A clear example is the Kochi nomads’ attacks against the Hazaras in peaceful districts of Behsood whereby they looted the Hazaras’ personal wealth and land during 2007-2010. And since 2008 the war has shifted to the northern and the central provinces by the tribes from the south and east.