You are at:Home»Refugees»A night in which there is no gunfire is a safe night 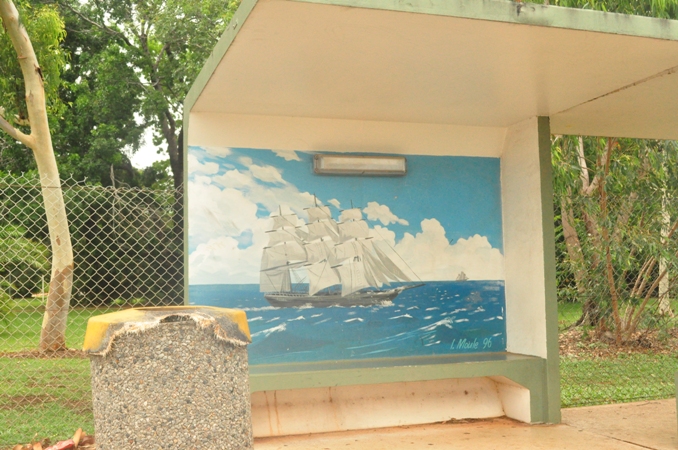 Best regards to Australia, the country in which all human beings are equal and where all people from different ethnic cultures and languages have the same rights. Australia is one of the most civilized countries in the world. All people are literate. People work according to their expertise and is this country people are not familiar with the word of war. They always feel peace. Their children are able to make a future as they wish. My best regards to this country which is very different to my country. Australia is like this because of the people who are governing there who do the best for their country. Sometimes they do what they don’t believe in necessarily for the good of the country.

Even if it isn’t according to human rights. For example they keep refugees who come here to Australia because they have no way out of their situation, in a very bad situation. Some of these refugees have little children. Some of these refugees are under eighteen. Even in these conditions the government doesn’t pay attention to them. On the surface the government gives them food and a place to live. But in reality something else is happening. These refugees have to stay there until the government allows them to leave. Australian government is not aware of the mental problems of these people who are in such bad condition. This government is not aware that these people are victims of war and violence, that their mental needs are more important than their physical needs. Australian government ignores the first right of these people which is freedom. The government blames them because they have come from a war-torn country. But this is not the fault of Afghan children who have been born there. They did not have a choice. Thousands of Afghan people migrated to Iran and Pakistan, some were blamed for being Shia Muslims. They have suffered too much. Now some of these people after travelling a long distance and after having a difficult life have come here to live. They are seeking sanctuary and the only thing they have left is their life. They have left their dear families and all of their memories because they had no other choice. They are looking for peace not just food. The Australian government wants to satisfy them with water and bread. After keeping them like prisoners far from Australian society for several months, the government makes the children speak with interviewers. I am sure most of these children are not literate enough to speak with these interviewers and these children have no experience of school. They don’t have educated parents and they have been hurt by these ethnic wars in Afghanistan. The Australian government forces these children to speak with the interviewers who are university graduates from Australian universities. Surely these children cannot answer their questions. Some of these children have forgotten what they know and cry, some of them are shy and can’t cry.

Yet some of these interviewers have convinced the government that the conditions in our country are better now and has ratified a law suspending processing. But nothing has changed in our country. Ethnic wars are deep rooted in Afghanistan and have been for several decades. This is why many people live in mountains and places far from cities. If someone wants to study the history of my country they will see the reality. But the Australian government says they expect the situation to be better in just a few years!
Now after waiting six months the Australian government informs us that most “most of you are not eligible to be a refugee” The Australian government believes that our government is able to protect us but our government is governed by people on the side of battle who think killing people is right and necessary. In our country it is only the name of our government which has changed. During these last ten years there are no differences in the conditions there with economics or security.

Ethnic and religious problems are the biggest problems in Afghanistan. Now let’s look at this matter another way. Maybe these interviewers here are not aware of these problems. They have not been in the same situation. They have no experience in the conditions in our country. So they cannot understand us. I want to ask them to define safety. But I would prefer an Afghan man or woman to answer this question. I am sure they would answer; “A night in which there is no gunfire is a safe night”.

The imagination of safety in the minds of these refugees is different from what they say when they talk to these interviewers. Especially teenagers who do not know what they really think and what. These educated interviewers do not pay attention to the refugees’ problems and behave very badly in the interview. They make these poor people believe that their destiny is one of torment, humiliation and unfairness. Do these interviewers know this or do they want to know the reality?