You are at:Home»News»A lantern for Bamyan 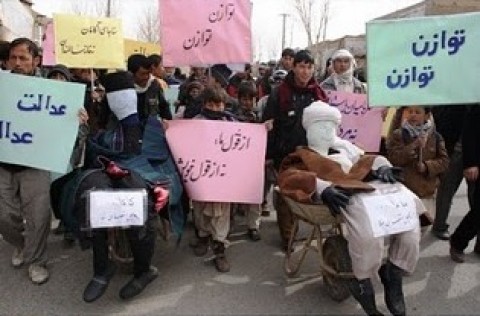 A lantern for Bamyan

Hazaras’ share from billions of foreign aid to Afghanistan

In a symbolic way, hundreds of Bamyani people put a big lantern on a city square to draw attention of the government. People in Bamyan still live without electricity and that was how they asked the government to make them power dams.

It is very funny when the people in the southern and eastern provinces of the country blast themselves and kill many innocents and then call it “Political Demands”. 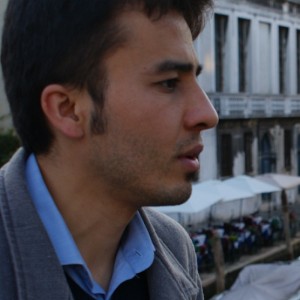 But for the Hazaras of Bamyan it is interpreted differently; for any social and political demands, peacefulness and the public order have the priority.

This is the fourth time Bamyan witnesses symbolic peaceful demonstrations by its inhabitants. People in Bamyan demonstrated peacefully to demand the government for their primary rights and needs.

The first time, a year back, they put mud on the roads to ask government to asphalt their roads.

The second time a few months ago, they issued medals and certificates for the donkeys that helped them bring potable water from the fountains. Through the certificates they appreciated the donkeys for their honest service. They thanked the donkeys who served them better than the Afghan governmental officials do.

Bamyan is the heart of Afghanistan geographically as well as historically. World known historical landmark of Afghanistan, the fifty three meters standing Buddha Statue in Bamyan was a genuine proof of existence of an extraordinary capacity among the ancient inhabitants of this province. Today centuries after, in spite of poverty in this province caused by social discrimination against them, the descendents of those people are emerging to be as capable as their ancestors; their civilized way of living, tendency to arts, pacifism in their social and political life are the main characteristics that make them so similar to their Buddhist ancestors.
The current generation, descendents of those extraordinary ancestors are known as the Hazaras today who have been experiencing many ups and downs for many years in their country.
The word Hazara in the contemporary terminology almost often comes along with words such as discrimination, massacre and injustice as the Hazaras always complain of being the victims of social injustice and discrimination of different degrees applied on them by dominant Pashtoon rulers of the country through the history.

Bamyan with seven districts and a population of roughly half a million people, mostly Hazaras is known as the cultural and historical capital of the Hazaras and thus it has been deliberately ignored by the central government for reconstruction and development plans as said by the locals.

During the Taliban rule on the country, hundreds of Hazaras were being massacred in different districts of Bamyan by the Taliban and many thousands fled the province as they were forced by them to evacuate the area.
Bamyan still has another incurable sear on the heart from about a decade back; the Taliban destroyed the world known Buddha Statue that was a glorious identity mark of the civilization of the local people’s ancestors.

A new horizon appeared in Bamyan after the fall of the Taliban when the people began to return back and begin a new life without any harassment and prosecution by the Taliban.
Since then, now ten years have passed but no many significant changes took place in this province.

Thanks to people’s inherited civilized way of living, Bamyan has been secure during these years ready to embrace changes and developments through governmental reconstruction projects that would effect the lives poor of people but they were always neglected by the budget makers of the country.
As a result, out of billions of foreign aid to Afghanistan, the share of Bamyan with half a million people is always considered less than 0, 5 % of the national development budget.

In these ten years, despite local people’s efforts for development plans, Bamyan is still dark at night and many still live in the caves on the hillside near the destructions of the giant Buddha statue. The roads in Bamyan are not asphalted and the only governmental university in this province does not have the capacity to accept all applying students.

Bamyan has an incredible potential for reconstruction and development if proper plans are to be made in agriculture, tourism and mines and mineral exploitation.
Hajigak is one of the world’s largest iron ore that is located in Bamyan.

Because of discrimination by the Pashtoon rulers of the country, the inhabitants of Bamyan are the poor people on a rich land.

One thing is not quite clear so far; why the international community does not help the areas like Bamyan that are open to peace, democracy and development, instead the conflict zones, narcotic zones and the areas open to fundamentalism are being admired and helped by the foreign aid?! 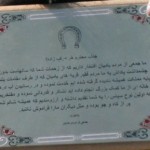 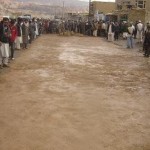 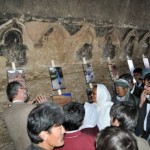 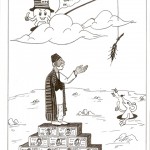 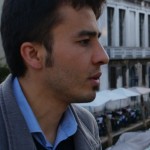