You are at:Home»News»Afghan Election: Conflict between Democracy and Terrorism in Ghazni 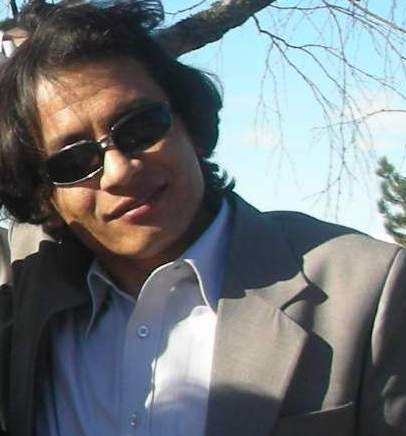 Afghan Election: Conflict between Democracy and Terrorism in Ghazni

Updated note/ 28.04.2011: Karzai and his fundamental team still try to change the election results in Ghazni. They do want to limit the Hazaras political rights.

Updated Note/ 12.01.2010 : AIEC confirmed that all 11 seats in Ghazni province have been won by members of the Hazara ethnic group. But still Karzai government wants to limit Hazara’s political rights. the results of 10 special seats for Kuchi Pashtuns in the lower house. However, in a blatant swipe at democracy, the final tally from the province of Ghazni is still pending and the election commission has said that due to technical issues the results will be released later.

On October 25, Afghan President Hamid Karzai said that the results of Ghazni’s election, with winners from one ethnic group were not acceptable. There were nine Hazara winners; one is Ghezelbash and one is an Afghan-Arab. Karzai has put pressure on the election commission to change the results. After some consideration, the commission decided to announce the results later.

I have recently read many unprofessional reports on the Ghazni election from the international media. Most stated that Ghazni is populated by Pashtuns, and because of the Taliban attacks on the Pashtun people, the security situation is worse for them. This is a ridiculous proposal. Let’s look closer to Ghazni election and the security situation of the Hazara majority and the Pashtun minority in these areas.

On Jun 17, the Afghanistan Independent Human Rights commission released a statement that road blocks are contrary to human rights goals. The Taliban warned Hazaras not to use the road connecting Qarabagh to the Jaghori district. Both districts are populated mainly by Hazaras.

Eighty-four people were nominated for the election in Ghazni. One of them Najibullah Golistani was a Hazara. Kidnapped by the Taliban on 24 July, he was killed in August. Taliban spokesmen Zabihullah Mujahid said that Golistani was sentenced to death in a Taliban court. Between July 14 and July 21, the Taliban distributed “night letters” in Ghazni City that warned people to not vote in the election. The ethnic majority in Ghazni City is Hazara. The Taliban also distributed night letters in other Hazara districts like Jaghori and Nahor.

On September 2, a Hazara man named Naurooz was beheaded by the Taliban in Sai Ganj area of Ghazni. He was from the Nahoor District of Ghazni travelling on a business trip to Ghazni City. Just a month before, the Taliban had beheaded ten Hazaras from Jaghori District. On September 12, the Taliban attacked Hazara candidate Arif Rahmani and injured one of his bodyguards. Rahmani is one of the winners according to the primary results.

In the same month, just one week before the election, the Taliban kidnapped a Hazara candidate’s brother. The candidate name is Malik Habibi. The Taliban demanded two hundred thousand Afghani for his release.

On September 23, deputy governor of Ghazni Kazim Allahyar was killed in a Taliban bomb blast. He was Hazara. One of his sons, two of his relatives and one of his bodyguards were also killed.

Karzai’s election commission took two steps that will limit Hazara votes in Ghazni. First the commission closed several election sites in Hazara areas of Jaghori and Nawor districts. Then on the September 18 Election Day the commission sent an insufficient number of paper ballots to Qarabagh and Jaghori. By the afternoon of Election Day, most Hazaras were unable to vote.

In November, local media reported that Taliban forced people to pay bribes in Qarabagh which is populated by Hazaras.

The security situation for in Ghazni is poor for all residents, but it is worse for Hazaras. Since the Taliban are Pashtun, Pashtun people in Ghazni are much safer than Hazara, Tajik, Ghezelbash and Bayat ethnic groups there. The Taliban claim that Shi’a Hazaras are infidels and according to their Sunni view of Islam, they can kill Shi’a infidels and seize their property . According to Human Rights Watch and Amnesty International, thousands of Hazaras were killed during the Taliban regime. There are reports that when the Taliban detain soldiers from the Afghanistan National Army, they release the Pashtuns, but kill the Hazara soldiers.

Even with this terrible security situation, Hazaras have voted and 11 Hazara candidates have won. But Karzai and his fundamentalist Pashtun team do not want to respect the law.

They say it is not in the national interest that 11 all winners are Hazara. At the same time they do consider 10 special seats for Pashtun Nomad Kuchis in the lower house to be in the national interest. Karzai is pressing his legal department to change the results or prepare a path for a re-election. This same department, including the attorney general, did not take one single step to address rampant, systematic fraud claims in the presidential election in 2009, when Karzai was re-elected. The Afghan Attorney general has no intentions to investigate cases of billions of dollars lost to corruption in Afghanistan. The legal department of Afghanistan is just a tool for Karzai to for his tribal interest.

Furthermore, I believe that the common perception of majority and minority in Afghanistan is totally wrong. No one knows the true population of Afghanistan. Karzai’s regime is afraid to undertake a national census.

There are millions of Turkic people including Kyrgyz, Bayat, Kazakh, Tatar, Ghezelbash, Mongol, Aimak, Turkmen, Uzbek and Hazara and also Tajik and Baluch in Afghanistan, but no one knows how many. Historically, the Pashtuns have claimed a large majority—without supplying any data, and most media and international governments and organizations have blindly accepted those self-serving claims. In Ghazni and other parts of Afghanistan the real war is between democracy and terrorism which is mix of Talibanism and tribalism.

It is tragic that the U.S. and NATO insist on propping up the Karzai administration, which is democratic in name only, and ignore the blatant election discrimination and violence against the Hazara people.